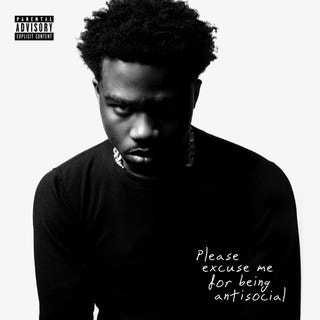 "Please Excuse Me for Being Antisocial" is Roddy Ricch's new hit album, shaking the charts with its innovative combination of many styles and themes. The album was released on December 6, 2019 and has gotten millions of listens since release.

“Please Excuse Me for Being Antisocial” is anything but Roddy Ricch being antisocial, talking to the listener about different themes and opening up about his past. It’s a tough album to evaluate due to one reason: each song has a different style, and a different claim to fame.

The rise of TikTok has led to many music success stories, but perhaps no single artist can attribute their rise to fame to TikTok more than Roddy Ricch. “Please Excuse Me for Being Antisocial” is a very good album, but its fame is buoyed by its recent TikTok success.

The most popular song on the album is “The Box”. This is the one of the first songs that really used TikTok as a method to gain popularity, shown by over 4 million TikTok videos made to the tune of the song. The song starts off with a sound effect that sounds more like a window wiper than a professional song, but they blend into the song in a satisfying yet original way. The now-iconic noises set the tone for the song in a way that hasn’t been explored in many other rap songs to this date.

As the song goes on, Roddy Ricch raps about the traditional hip hop topics of sex, money and weapons. He also includes many lines that do not fit with the themes of the song, such as the highly publicized line, “I’m a 2020 president candidate.” Many internet memes and TikTok videos have been made about this specific lyric, but the line does not seem to fit in with the rest of the song. Perhaps this is intentional by Roddy Ricch, as it is a great way to garner additional fame for the song without sacrificing more than one line.

Roddy Ricch used many tactics including memorable lines and sounds to make this the most famous song on the album. It seems that he knew of the future success of the song when releasing the album, as he put the song second on the album after the introduction.

All in all, “The Box” is a great song, and is certainly the best on the album. “I really liked how the [high pitched noises] contribute to the song, they really make it memorable,” said sophomore Anika Hukmani.

Roddy Ricch brings in rapper Gunna for his third song on the album, “Start Wit Me”. The song starts off very fast, with a short tag from producer JetsonMade. The song is more of a traditional rap song than “The Box,” but still uses his traditional style of having a distinctive instrument in the background, this time using a flute-like repetitive melody.

The song’s lyrics are mostly about a firearm, using lyrics such as “I got a brand new Draco with me” to describe his admiration for the weapon. This commitment to lyrics about firearms is a tip-off that Ricch enjoys lyrics about weapons, proving that “The Box ” is referring to the magazine on a gun, a box-shaped ammunition storage system on a firearm.

“The Box” used TikTok and out-of-place lyrics to garner fame. “Start Wit Me” uses the feature of Atlanta-born rapper Gunna to attract listeners. The Gunna feature is a perfect compliment to the rest of the song, providing a valuable contrast to Roddy Ricch’s optimistic-sounding rap style.

Each song has a different way of attracting listeners, shown most vividly by the last song on the album, “War Baby.” In this song, Ricch harmonizes with a chorus in a distinctive way. This is the beauty of the album: each song has a different theme, and Ricch carries over the same themes from piece to piece. As soon as the song starts, you can figure out the style of the song and the style of the lyrics: usually something from Roddy Ricch’s rocky past, growing up in Compton.

“Please Excuse Me for Being Antisocial” is a great album, but it’s not just the songs that make it great. The variety of different themes and melodic styles is what really pushes this album over the top, putting Roddy Ricch on a path to even more stardom.