Rich the Kid releases promising new album “The World is Yours” 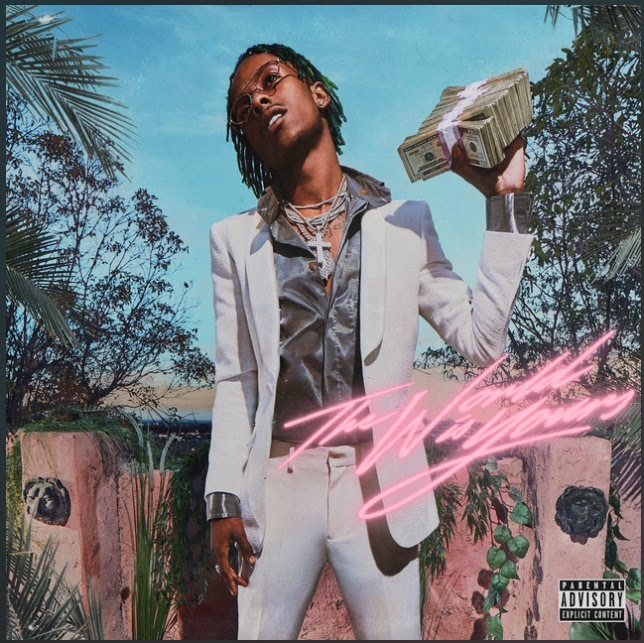 Rich the Kid is an up and coming rapper who has recently released a new album, "The World is Yours."

Rich the Kid, XXL 2018 Freshman, platinum artist, and only 25. The Atlanta, GA native, Dimitri Leslie Roger better known as Rich the Kid released his first album, The World is Yours on March 30th.

Rich the Kid’s album had a couple songs on the billboard top 100. Popular songs on the album included “End of Discussion”, “Too Gone”, “No Question” featuring Future (another Atlanta native), “New Freezer” featuring Kendrick Lamar (which went platinum on March 17) and “Plug Walk” which he actually performed at Coachella on Friday April 13th. Rich wrote an excellent, entertaining, and enjoyable album.

RTK was born in Queens, NY and is of Haitian descent. He grew up speaking the language Haitian Creole fluently. At 13 his parents divorced and he moved to Woodstock, GA a suburb 30 minutes north of Atlanta. RTK grew up listening Nas, Jay-Z, 2Pac, Notorious B.I.G. and 50 Cent but after moving to Woodstock he began to listen to T.I. and Young Jeezy.

RTK’s song “New Freezer” featuring Kendrick Lamar which went platinum on March 17. The words “New Freezer” is referring to ice or jewelry and diamonds. Basically, with his new found fame, RTK has spent lots of money on new jewelry, so much that he refers to it as his new freezer. The song is really about his come up in the past year and how one day he just woke up famous.

The song “End of Discussion” featuring Lil Wayne is about how RTK was able to come from “nothing to something”.

The song “Too Gone” featuring Khalid, is about how he’s kind of out of it and doesn’t really know what to do. It seems that he is trying to apologize to a mystery women when in the chorus Khalid says “Ohh I’m sorry if I missed your call” then repeats the line “But I’m way too gone and I’m out of it”. Furthermore, the song is also about how RTK does not appreciate the fake love he has been getting because of his new found fame. In the song, he complains that girls just “want Chanel and all that,” referring to the materialistic societal tendencies. This was backed by several tweets about how he “can’t stand fake love.”

“Rich the Kid is on the come up. He is probably the best rapper in the 2018 freshman class, I love his music and his album. My favorite song in “Lost It” featuring Quavo and Offset. ” Freshman Sohrob Khalvati said.

Rich the Kid is now on a nationwide tour and has 35 concerts in the next 3 months. As the rookie rapper progresses through his career hopefully he continues to grow.