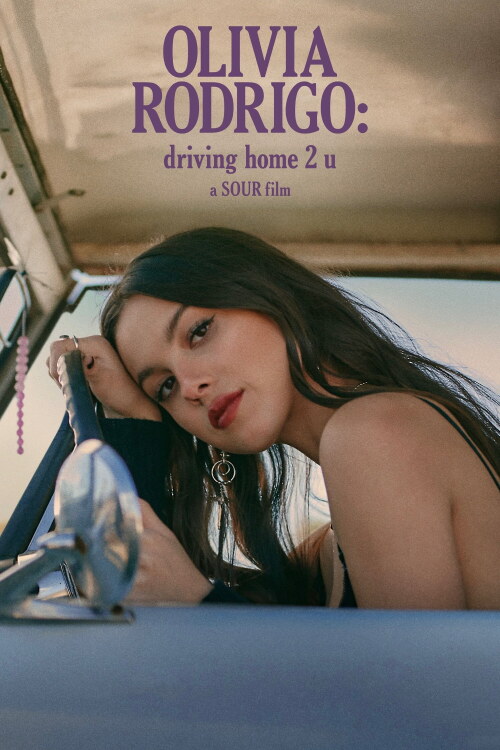 Olivia Rodrigo comes out with a documentary on March 25, 2022 explaining her hardships as a teen and her story as being a young celebrity.

Becoming a young celebrity can have its ups and downs especially when it means having your whole life online. Olivia Rodrigo, arguably the number one rising teen music artist, has come out with a documentary called “Olivia Rodrigo: Driving Home 2 U” and her fans are going crazy.

Olivia Rodrigo was first recognized for her acting role as Paige Olvera in “Bizaardvark,” airing on Disney channel. And she is now continuing her acting career on a musical television show on Disney Plus called, “High School Musical: the Musical: the Series.” While this documentary does not necessarily show her acting skills, her comfort on camera is displayed well throughout the documentary. It gives the audience a more enjoyable watching experience since the start of the movie makes it fun and easy to watch.

Since this documentary is about a teenage girl’s life, it does a really good job of connecting it to the teenage audience and how they feel on a day-to-day basis. It allows teenage girls to know that they are not alone even if they feel they are, and even some of the biggest celebrities, including Olivia Rodrigo, go through tough times.

The introduction of the documentary is very well thought out. It grabs the audience’s attention almost immediately by the close-up shot of Olivia’s hand and the way it travels up to her face. The rest of the introduction is organized into a montage of countless interviews, speeches, and reactions of Rodrigo and how her fame grew so fast at such a young age.

By gaining so much fame so quickly and at such a young age, Rodrigo had hardly any time to process it all. She thoroughly explains how her experience was extraordinary and was completely unexpected. Her story is shown to be an inspiration and it continues to be so throughout the entirety of the documentary.

After she told the story of how each song came to be, she did a small performance in different and unique locations that grabbed the audience’s attention. “Happier” was one of the first songs she had ever written and in her documentary she performed it in an empty room with just her and a microphone. While in another song, “Deja Vu,” she was outside on top of a roof with some people in the background.

Rodrigo’s use of different settings and styles of performing for each song in her documentary emphasizes the difference in each song and how they came to be created. This technique from Rodrigo is really intriguing for her audience and does an amazing job explaining her path to writing each one.

Not only does the documentary do an amazing job explaining her story but the camera work during the documentary was incomparable. There were many different angles and a couple close-up shots that got the audience to understand the attention to detail.

Many of these close-ups were on Rodrigo’s hands that were on instruments or her microphone that illustrates how Rodrigo handles her music. It also helps express her overall feelings towards music by showing the swiftness of her hands and how she plays her instruments or the expressions on her face as she sings. These close-ups of her hand movements allow the audience to see the ease of how she can express herself through music and how it has changed her life.

The camera crew used many different types of cameras throughout the movie such as normal, vintage, and even security cameras from different stores. They do this in order to captivate everything Rodrigo does in a more humane way that allows the audience to feel as if they are there with her. It can feel like Rodrigo is speaking directly to the audience through the closeness of the different cameras and camera angles rather than just watching her through a screen.

The documentary as a whole was done in a very timely and organized way that allowed the audience to easily follow what is going on. It is done in a way that makes it feel as if Rodrigo is taking you on her journey through fame and how her album came to be. This is because of how the documentary is organized and how each song was created and the story behind them. She went in order of which song she wrote first and went through all the songs until she got to the last one on the album. Allowing the audience to follow her story all the way through helps understand where her and her songs come from.

“Olivia Rodrigo: Driving Home 2 U” is a wonderful representation of teenage girls around the globe and perfectly documents the hardships and struggles of girls and how Rodrigo used music to help cope with it. She uses her album and documentary to spread awareness to young teenage girls about how they are not alone and that they too can find something to cope with their experiences.