There are songs for “everyone” on “Laurel Hell” 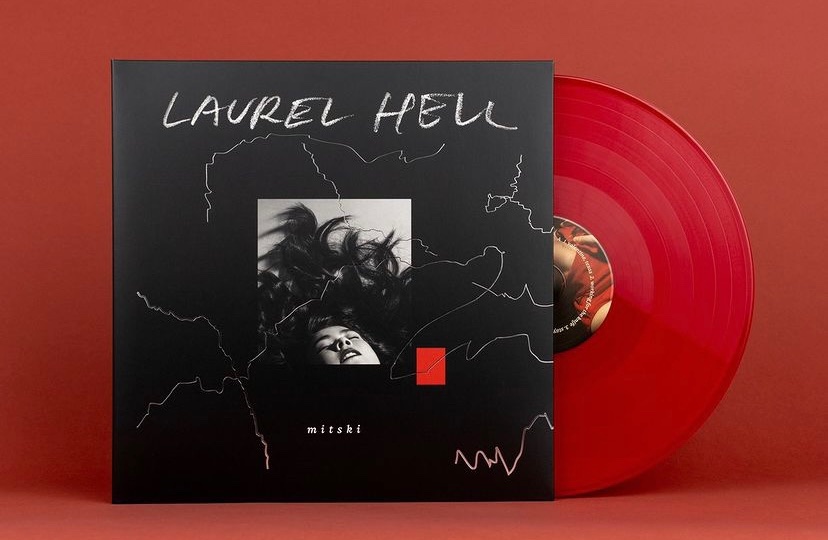 Following the release of her sixth album, Mitski is currently touring North America and will perform throughout Europe in April and May.

With songs like “Nobody” and “Me and My Husband” going viral on TikTok and President Barack Obama listing her song “The Only Heartbreaker” as one of his favorites of 2021, Asian-American singer-songwriter Mitski is anything but a “nobody.”

On Feb. 4, Mitski released her sixth album “Laurel Hell.” 11 songs are featured on the album, amounting to a 32 minute listening experience. Standing out from previous albums, “Laurel Hell” has a palpable ‘80s influence with the use of synth and upbeat sounds. Despite the happy-sounding tone, a Mitski album would not be a Mitski album without devastating lyrics and deep themes.

“Mitski has such powerful, clever lyrics. She uses words in such wild ways that somehow the song comes together to make perfect sense. As a songwriter and musician, she strays away from traditional song structure, and I find that exciting and inspiring,” WCHS junior and Mitski fan Kaylen Chang said. “It’s also extremely great to see an Asian American woman creating such great music about her own experiences with such a huge fan base listening.”

Songs like “Love Me More,” “Stay Soft” and “Should’ve Been Me” have the most apparent ‘80s vibe, sharing similarities to Hall and Oates music, and will make the listener feel like they are the main character in their own movie. However, the album is multi-faceted with upbeat and slow songs to balance each other out.

“[‘Laurel Hell’] really is a unique album with music unlike any other,” WCHS senior Kayla Song said. “[The album] really portrays a vast spectrum of emotions that come with living to perform for an audience.”

“Working For The Knife,” a fan-favorite that delves into the struggles of being a creator in a capitalistic society, was released as a highly-anticipated single last year following Mitski’s two-year break from producing music.

“‘Working for the Knife’ is my favorite song on her new album,” Chang said. “To be honest, at first I didn’t love the melody, but the lyrics were extremely relatable for me. The song talks about the feelings of constantly having to create, produce, succeed, and grow older.”

The album debuted at number five on the Billboard 200 and with good cause. WCHS students have described it as turbulent and ethereal because of the emotional journey it takes the listener on. The Guardian perfectly sums it up as “a deep dive you can dance to.”

“A lot of her songs are sad, simple and somber in terms of lyrics,” Chang said. “Sometimes Mitski’s songs will start soft and quiet, but verse by verse, you’ll get to hear Mitski screaming at the top of her lung’s like there’s no tomorrow. She can build a song up with lyrical and musical talent that is so unique to her.”

“Laurel Hell” is a more funky sounding album compared to Mitski’s earlier work composed of more slow ballads. Each song is unique and utilizes creative production and effects such as echoes and electronic background sounds to further its distinctive sound.

“Mitski is an experimental rock star. She may have started out as an independent or indie artist, but people don’t realize how rough, loud, and harsh her vocals can be. She’s such a versatile artist,” Chang said.

Many of the songs on “Laurel Hell” are introspective, and the combination of sad lyrics with bouncy synth and cowbell will have the listener wondering if they should be dancing, crying or doing both – but will find themselves enjoying it either way.