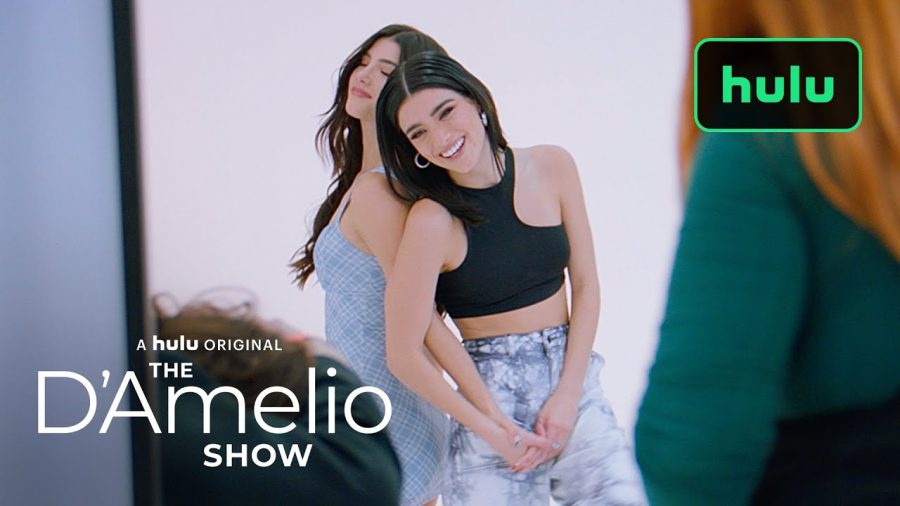 "The D'Amelio Show," found on Hulu, is a new reality show giving an inside to TikTok stars and the impact working in the social media industry has on them.

“The D’Amelio Show” uncovers the reality of working in social media. And let’s just say, it’s a lot more complicated than it looks. On Sept. 3, 2021, Hulu released “The D’Amelio Show,” an eight episode miniseries documenting a year of the TikTok famous family’s life.

Marc and Heidi D’Amelio and their daughters, Charli and Dixie originally lived in Connecticut until Charli’s dancing videos went viral on TikTok seemingly overnight. The family then moved to Los Angeles to pursue a career in social media and to take advantage of opportunities that would otherwise not have been available to them, like this reality show.

As a result, their once simple life has become a lot more complicated and dramatic, especially since “The D’Amelio Show” (and the D’Amelio family) have generated a lot of controversy.

Not only did this show cause a lot of debate, including people comparing it to “Keeping Up With the Kardashians” as well as websites like The Diamondback, which reviewed it as a “tonally inconsistent mess,” but previous news on Charli and Dixie began to resurface: one of which being Charli losing tens of hundreds of followers for being “ungrateful” of her family’s private chef.

Once the show aired, more bad press came out, with reviews headlined “For Its Own Sake, ‘The D’Amelio Show’ Should Be Canceled” (The Crimson) and “Charli and Dixie’s The D’Amelio Show Is One Big Downer” (LA Magazine).

The D’Amelio’s say that they created the show to break down barriers of their reputation as “perfect social media stars” and show that they are real people behind the screens and are impacted by hateful comments.

Viewers should expect lots of one-on-one talking to the camera, and scenes of everyday life. Their life is a lot more jam-packed than people might think. For example, Charli explains that her schedule consists of Social Tourist, her and her sisters line at Hollister, brand meetings, fittings for the clothes, TikToks, Instagram posts, practicing dance, scheduling upcoming meetings with companies that want to work with her, and much more.

The show switches back-and-forth between family conversations, business meetings, and the stars’ daily lives. The formatting alternates between candid and staged. Some parts show family members chatting, in others they are answering questions or talking about specific chosen topics: including suicide, self doubt, body image, and social anxiety.

The characters appear to grow significantly during the time period of the miniseries. They learn a lot about the field of social media and how to deal with constant work demands. Throughout the show, all the characters talk a lot about managing their mental health, how to handle the ups and downs of social media and being compared to others online.

“No one wants to see real life, they want to see highlight reels… They see all the good things and don’t understand why we are not really happy,” Charli D’Amelio said as the last line of the show.

Mental health is an extremely prevalent topic in the show. Each episode ends with a link to a mental health resource page (https://www.hulu.com/damelios-resources), which shows the D’Amelio’s commitment to emotional and mental well being. Viewers start to realize and understand how much hate the girls get each day, with Charli explaining that she used to have 10-15 panic attacks daily.

Students these days are constantly on their phones and looking through the stories and posts of their friends and famous people they may look up to. Not only is this draining for consumers, but imagine how hard it must be for full-time creators.

While this show is extremely entertaining and important to watch, there are some things that may cause others to press pause after the first two episodes. For starters, it is somewhat repetitive with the same few things usually happening: Charli and Dixie talk to their friends, they talk to their parents, and they talk to the camera. Also, there is a lot of emotion. While at some points that might be nice, each episode starts and ends with someone in tears – which can be a lot at times.

Overall, “The D’Amelio Show” is a must watch. Until people have seen the entire season and are fully informed, they should not hate on Charli and Dixie. The show will likely cause viewers to have empathy for the family, once they see everything that goes down behind the scenes. It explores the traumatizing moments and mental health challenges that the D’Amelio sisters –  two youthful, yet powerful presences – face each day.