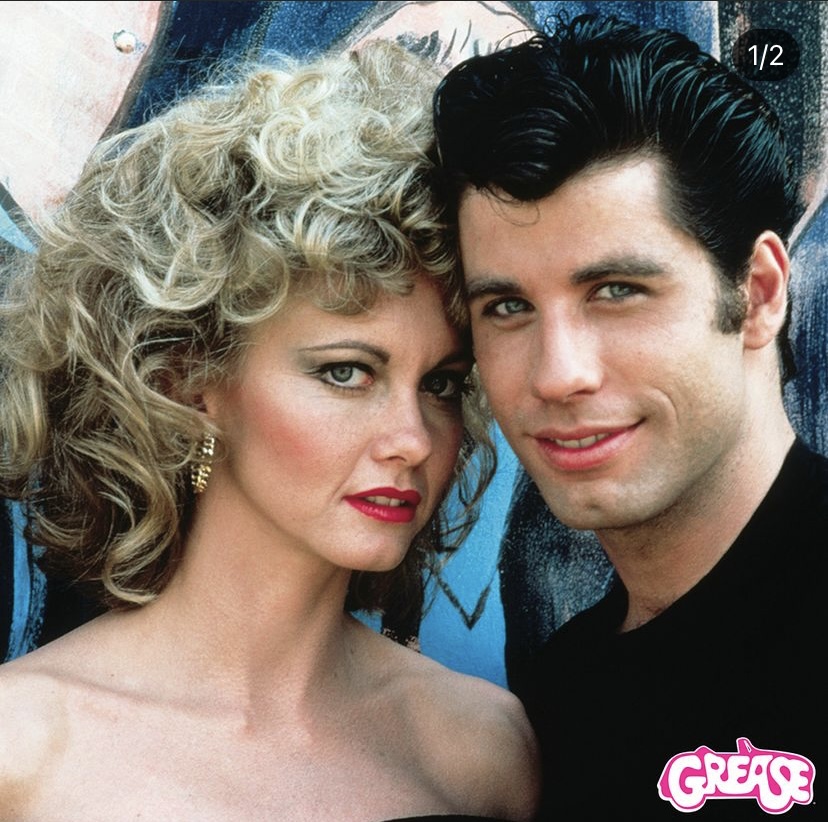 Grease, a movie set in the '50s about the high school relationship between Sandy and Danny, is filled with music and humor which makes it a great summer watch with friends.

The best summer movies to watch for the upcoming break

This past school year has left everyone wishing for one thing: summer. Though summer might not be starting for a few more weeks, the best way to spend that time is by watching movies. There is a wide pool of movie genres to choose from. Below are seven movies from a wide range of genres — from musicals, to romantic comedies, to sports movies, to thrillers — that all have one thing in common: the amazing feeling of summer.

“Mamma Mia” is one of the best jukebox musical movies about summer that is set on a stunningly beautiful Greek island. It follows Sophie (Amanda Seyfried) as she prepares for her wedding with the help of her mother Donna (Meryl Streep). Sophie wants nothing more than to have her father walk her down the aisle on the big day. The only problem is that she doesn’t know who her father is. She finds her mother’s journal that chronicles three relationships she had before having Sophie. In an attempt to discover the truth about her paternal line, Sophie invites all three men to her wedding. Told through ABBA songs, it is guaranteed that the beautiful setting of this film will create the perfect summer story.

Another film for music lovers, “Grease” is a wonderful movie to set the summer mood. Set in the ’50s, the movie tells the story of Sandy (Olivia Newton-John) as she starts the school year at a new school across the world. Upset that her summer romance with Danny (John Travolta) is over, she arrives at her new school only to find that he attends the same school. But will their relationship survive the cliques of high school?

Available for streaming on Sling TV and Amazon Prime.

This movie is easily considered one of Steven Speilberg’s best films. Though the film might not inspire viewers to head directly to the beach, it is a classic film perfect for people that love thrillers and adventure. In the height of summer at Amity Island, tourists are crowding the beaches. Hidden from their knowledge is a shark that lurks below them and begins to terrorize the town. Martin Brody (Roy Scheider) teams up with Matt Hooper (Richard Dreyfuss) and Quint (Robert Shaw) to eliminate the shark from the waters to ensure the safety of the citizens and tourists of their town.

Available for streaming on Hulu, HBO Max and Amazon Prime.

A beautiful romance story that takes place at a summer resort in the Catskills, Baby (Jennifer Grey) is hoping to enjoy the summer and ends up meeting a dance instructor at the resort named Johnny (Patrick Swayze). Johnny is in need of a new dance partner after his previous partner is unable to dance. Baby steps up to take her place and she and Johnny fall in love. This summer movie is a must see for any rom-com lover.

Available for streaming on Hulu, HBO Max and Amazon Prime.

The story follows four girls: Bridget (Blake Lively), Lena (Alexis Bledel), Carmen (America Ferrera) and Tibby (Amber Tamblyn), who have been best friends since birth. They all live together in Bethesda, Md., but one summer are all sent their separate ways. Before they depart for their journeys, they find a pair of jeans that fit all of them perfectly despite them being different sizes. They decide to bring the pants with them on their travels and take turns sending it across the world so they can still feel connected without spending the summer together.

Available for streaming on HBO Max.

Stephen King’s short story “The Body” is adapted in this film about friendship and adventure. Pre-teens Gordie (Wil Wheaton), Chris (River Phoenix), Teddy (Corey Feldman) and Vern (Jerry O’Connell) learn that there is a dead body about 25 miles from where they live. The kids, craving fun, go on a journey to search for it. The movie however is barely about the body and is more about the bond of friendship between the kids and the intriguing adventure they set out on.

Available for streaming on Hulu, Sling TV and Amazon Prime.

Scottie Smalls (Thomas Guiry) is the new kid in town. While trying to make friends, he forms a bond with a group of boys who spend the majority of their summer in the Sandlot playing baseball. When Smalls hits a home run and sends a baseball, signed by Babe Ruth, into a yard terrorized by an infamous dog, the kids have to do everything they can to retrieve the ball.

Available for streaming on Hulu.

Quit daydreaming about summer and instead watch these movies to bring the feeling of summer directly to you.