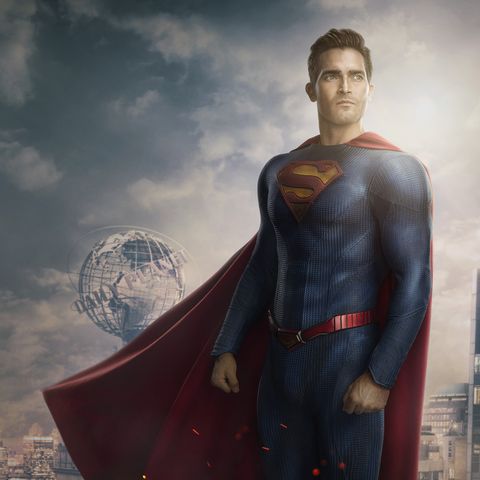 Superman floats in the air after saving the day near the Daily Planet where his lover Lois Lane works. Superman now has two sons and lives happily in Metropolis where he fights crime and keeps the city safe.

The CW network produces some of the best live-action superhero shows ever created, and they recently came out with a new masterpiece: “Superman & Lois.” There have been many mixed reviews on the show revealing that although lots of people love it, some think it is a disgrace.

“Superman & Lois.”  takes place after the show, “Smallville,” which shows Clark Kent as a teenager growing up with his powers. “Smallville” was a huge hit with ten seasons.

Unlike other CW live-actions superhero shows, I have come to like this one much more because of it being less repetitive and corny. In shows like “Supergirl,” “Flash,” and “The Arrow” there are different villains in each episode and they always end up winning.

However, in “Superman & Lois” there is a villain that has been going on for five episodes and there are a lot of different characters that are semi-villains that are leading up to a big plot. The episodes have lots of character development for Superman’s two sons as well.

The show displays the intricate relationships between his two sons and their social interactions. It adds a lot more to the show when there are many moments for character development and when they connect the plot in each episode.

They have some great actors who represent their comic book characters very accurately, especially when it comes to Clark’s love for “Smallville.” He loves working on the farm and going to the “Smallville” annual festival.

Another main reason why “Superman & Lois” is one of the best of its kind is because there are no plot holes or unrealistic things that happen within the show.

In the CW show, “The Flash,” the character Cisco always has some crazy machine sitting around that can help defeat the villain with certain abilities, which is very unrealistic.

“Superman & Lois” has also introduced a lot of new characters that we don’t know much about, like Lizzie, the mysterious speedster from the football team, and the futuristic Lex Luthor.  This will display lots of possibilities for the plot in the future-whether it’s relationships, friendships, or enemies that will be revealed.

Even with just five episodes I have learned more about the characters due to the fabulous acting than I have about “Supergirl,” “The Flash,” and “The Arrow” and feel more of a realistic personal connection.

“Superman & Lois”  feels a lot more real than the others, especially when it comes to the friendships and character development. In “The Flash” it feels very forced when Barry has to adapt to things like Nora and the Speed force.

There are not just basic villain vs. hero episodes in “Superman & Lois”, there are lots of social issues that they overcome while villains are working on things behind the scenes.

While I really like “Superman & Lois,” I realize that there are many flaws in the show.  Most of the characters fit their comic book accurate roles, although Lois does not match as much. She is pretty hard on Clark when it comes to him being Superman and is a little too involved in problems that require her relying on Clark saving her.

I love how there is lots of time for character development, but I wish there was more action, especially with Superman being the main character. I want to see him fight, not just overcome family issues.

Superman has not exhibited any superhuman feats in the show, whether it’s moving the planets or destroying a massive asteroid. I was hoping to see some new displays of strength to really show his power in the show. They seemed to have underestimated his strength and let him struggle against someone else with super strength even though Superman should realistically be a lot stronger. Ultimately the show is a different type of CW live-action superhero show and I am excited to see the remaining episodes!