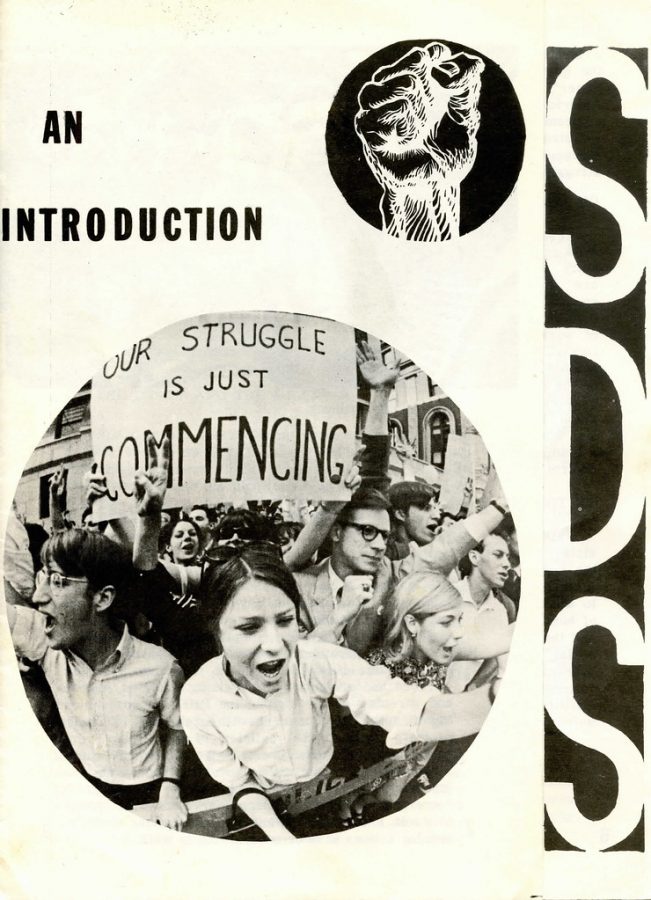 Tom Hayden (Eddie Redmayne) and Rennie Davis (Alex Sharp) were representives of Students for a Democractic Society, who two of the defendants in the trial. The movie creates a few separate stories regarding them and only their experiences, which add to the overall enjoyment of the film.

Everyone has that one thing that they are extremely passionate about and if given the chance, they would tell as many people as they could about it. Imagine getting that chance to share your thoughts with the world, and then getting arrested for it.

On Oct. 16, 2020, “The Trial of the Chicago 7” was released into the film world for viewers to enjoy. As a history fanatic, this movie contained information that I had never heard about before and sparked my curiosity on the subject. The movie talks about the 1969 trial of seven different Americans, categorized in three different groups, charged with conspiracy and the intention of crossing state lines to incite a riot. While this story was new to me, it did not fail to amaze and shock me about the history of America.

The movie follows seven different defendants representing three groups, Students for a Democratic Society, the Yippies and the last group being a mix of random defendants. The seven defendants went to Chicago for the Democratic National Convention to protest America’s involvement in the Vietnam War.

With a star-studded cast including Sacha Baron Cohen, Eddie Redmayne, Michael Keaton and Joseph Gordon-Levitt, each character has been cast to perfection. The acting was superb, with each actor fitting their role and truly helping to envelop the audience into the plot. Each character also plays a large role in helping to further the plot and demonstrates the wide spectrum of defendants on trial.

As a viewer coming into the movie with little knowledge of the topic, the plot and writing does a fantastic job of helping to inform the audience of the issues and information that a normal bystander might not understand about the trial. While some movies based on true trials and stories can get boring as they are just focused on information, the writing and acting makes the movie not only informative, but also extremely interesting and leaves the audience on their toes waiting to learn more the entire time.

Another amazing aspect of the film is the editing and incorporation of past and present events to help the audience really understand what is happening in the trial.These events provide context for certain situations that would not be understandable if not for the clips provided. In one scene, as the defendants discuss with lawyers certain events that led the first of two protests, the film flashes back to provide a more in-depth story for the viewers so they are not just getting an explanatory monologue, but can actually witness and experience what happened leading up to the first riot.

While I’m sure the actual trial and proceedings were not as exciting as the movie made it seem, this film is the kind that will make viewers want to research and learn more about what actually happened in 1969 and that is what I find most beautiful about it. Not only did the director Aaron Sorkin create an exciting, interesting movie, but he created it with the ability to educate viewers and to spark conversation about America’s past.

Another brilliant aspect of the movie is the writing. The movie covers some very serious topics like racism, government bias and standing up for what you believe in. However, the writers did an excellent job of combining the serious gravity of some situations with humorous remarks and one-liners, mostly from the actors representing the Yiddies, which provided a great chuckle after some very intense and remarkable scenes.

Overall, the film was amazing, but there were a few flaws. While the editing was helpful in most scenes, there were a few times that the insertion of clips made the story a little hard to follow until a later explanation was provided. While this was confusing at times, it was not super frustrating as everything was eventually explained and the viewer could connect what they previously saw to what they were currently seeing. While it is understandable that a movie taking place in a courtroom can seem a little boring as a setting, the parts of the film that were in previous settings were much more interesting and the even incorporation of both past and present sets allowed for a not too boring visual overall.

“The Trial of the Chicago 7” is a must-watch. Not only is it extremely enjoyable to watch, but it is also very informative and thought-provoking. It is currently streamable on Netflix, so I’d recommend dropping what you’re doing and going to watch it, or making a mental note to watch it on your next movie night.