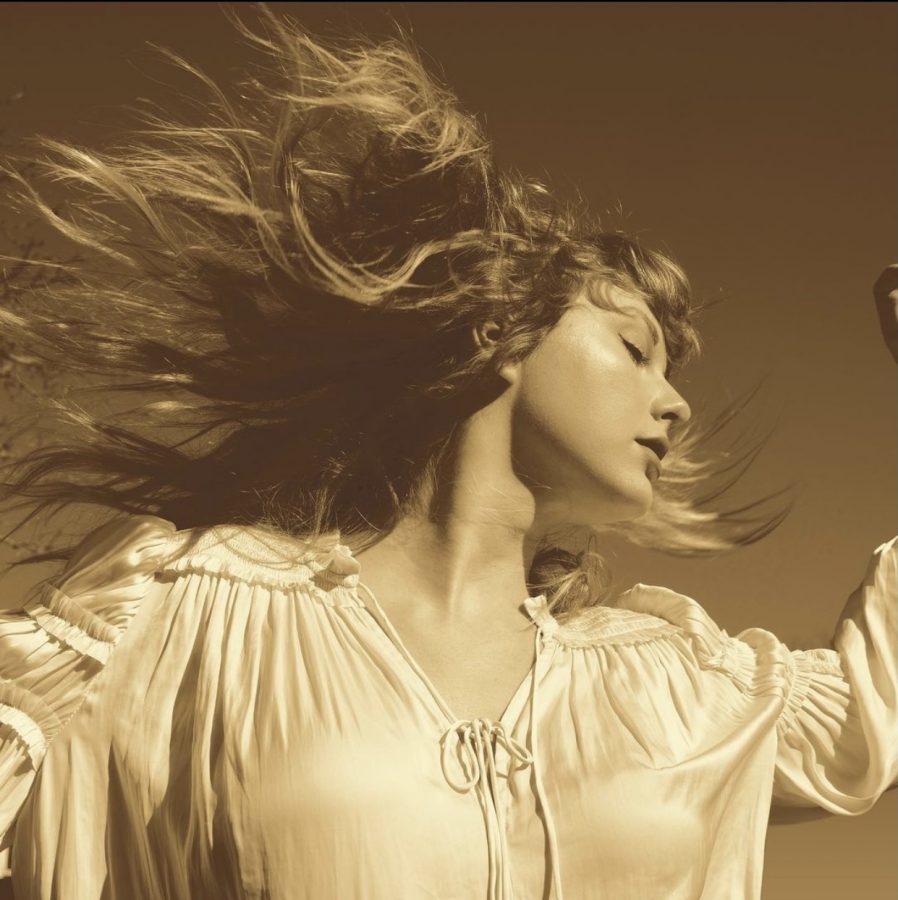 "Love Story (Taylor's Version)" was released on February 12th with the announcement on her Instagram the morning before. The cover resembles Swift's 2008 album "Fearless" which the single is originally from.

It doesn’t always occur to a casual listener all of the behind the scene work that an artist puts into producing and creating a song, let alone an album. It also doesn’t occur to most that even after all that work, many artists don’t get to own their own creations. Artists not owning the rights to their own songs is an unfortunate reality of the music industry, and one popular singer-songwriter Taylor Swift has been fighting this for years.

When Big Machine Records was bought by Scooter Braun in 2019, he gained ownership of all of the master recordings of the first six albums. In the past few years there have been public disputes between the two regarding the rights of Swift’s music and a discrepancy between what both parties said happened with the rights of Swift’s albums.

Now, Taylor Swift is taking back her music and the rights in a way her fans couldn’t be more excited for. On Feb. 11, 2021, Swift announced on Instagram that a re-recording of “Love Story,” the lead single off of “Fearless” about a romance relating to Shakespeare’s “Romeo and Juliet” was to be released at 12:00 a.m. on Feb. 12 and the rest of the re-recordings, called “Fearless (Taylor’s Version)” would be released soon.

Released in November of 2008, “Fearless” was Swift’s second studio album and ultimately was the one that put her on the map at 18-years-old. At the 52nd Grammy Awards, it won four awards including Album of the Year and Best Country Album. From “Fearless” also came some of her most well-known singles, “Love Story” and “You Belong with Me.” “Fearless (Taylor’s Version)” will contain 26 songs, including all songs from the original album and six never heard before songs.

“I’ve spoken a lot about why I’m remaking my first six albums, but the way I’ve chosen to do this will hopefully help illuminate where I’m coming from. Artists should own their own work for so many reasons, but the most screaming obvious one is that the artist is the only one who really *knows* that body of work,” Swift said in her Instagram post announcing the release of “Love Story (Taylor’s Version).”

Swift’s voice sounds notably more mature and developed in “Love Story (Taylor’s Version),” but the song doesn’t stray far from the original country feel. Same with the album cover which modernized the original 2008 cover. The 2008 cover features Swift on a cream-colored background turned to the side with her yellow-gold curls thrown across. The new cover stays true to the original yellow-gold theme with it entirely being that color, but with Taylor facing the other way in the same pose. A difference between the two covers is the 2008 one says her name and the album title (much like her first six albums), but the new one does not have either, just like all the albums released under Republic Records.

Along with the release of “Love Story (Taylor’s Version),”  Swift released a lyric video filled with throwback photos of Swift and her fans and videos of the Fearless tour in 2009.

Just like Swift is going back to her roots by re-recording her old music, she left a cryptic message in her Instagram post. Earlier in her career, Swift would leave messages in the lyric books of her album CDs. In the message that was written in all lower case letters, there are random capitalized letters. But Swift’s fans know nothing is coincidental. The letters spell out “April ninth” which is the assumed release date of the “Fearless (Taylor’s Version)” album.

While fans are excited to be getting new music written during their favorite Taylor Swift era and the re-recordings of arguably some of the most nostalgic songs of the 2000s with Swift’s more mature take on them, the bigger victory is for Swift herself gaining the rights to the music that started her career.