The best books to read during quarantine boredom 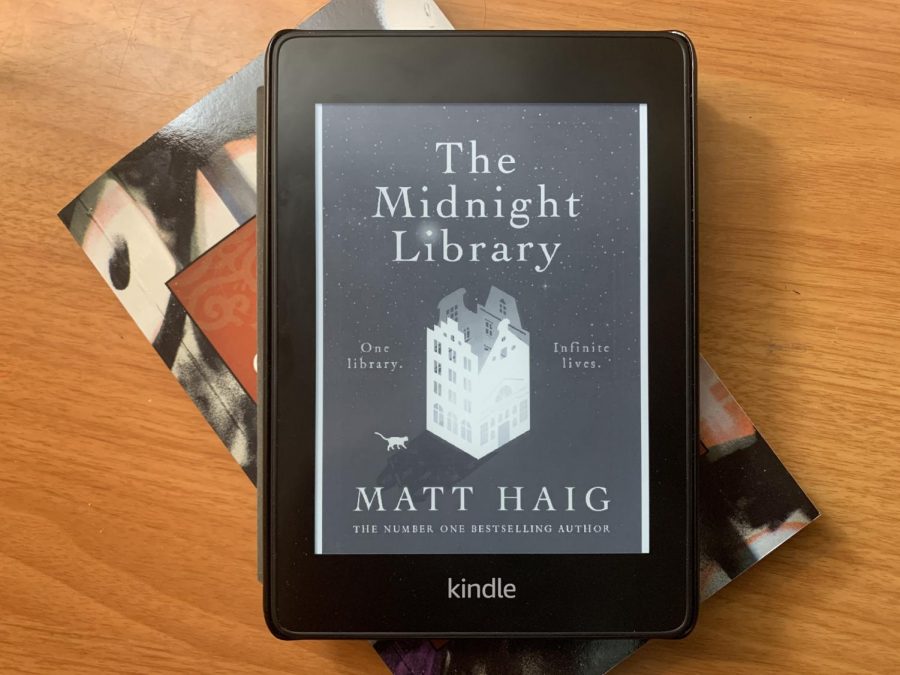 Books like The Midnight Library by Matt Haig can be read on Kindle or paperback. The unique plot will surely make time pass quickly.

Bored in quarantine? Sit back and enjoy being transported into another world. Here is a list of four books from a variety of genres perfect for some quarantine binging.

If you could undo your regrets by living another life would you? “The Midnight Library” by Matt Haig follows a girl named Nora Seed who finds her life going depressingly downhill. Suddenly, she is transported into a Midnight Library which she quickly learns is a space between life and death. Within this library, the shelves go on forever and there are an infinite of books- each a chance to live another life she could have lived.

The chapters journey through many different realities, and after each one, Nora reaches a multitude of philosophical epiphanies. Tasked with finding what is truly fulfilling in life, Nora must find what makes life worth living.

A one of a kind concept, the plot of The Midnight Library urges readers to think deeply and reflectively on the weight of the choices we make. It is both heartbreaking and thought-provoking.

“The Joy Luck Club” by Amy Tan is a novel that focuses on four Chinese American families and their stories. Four mothers, who immigrated to San Francisco in 1949, meet weekly to share anecdotes of their lives in China – and what they left behind – while playing games of mahjong and eating dim sum. They call themselves the Joy Luck Club.

Each of their American-raised daughters does not realize the parallels between their mother’s hardships and their current life struggles and deem the insistent criticisms as irrelevant. As the chapters go on, and more of the interlocking stories are revealed, readers uncover each character’s complex past and present.

“We Were Liars”- Psychological Thriller

A vividly suspenseful plot, “We Were Liars” by E. Lockhart follows a group of four friends who call themselves “the Liars” and their friendship on the Sinclair family’s private island. Rivalry and greed covered by a facade of the seemingly perfect Sinclair family puts insurmountable pressure on friendships, family relations and romantic relationships.

Throughout the book, readers are in the mind of the main character, Cadence, struggling to remember what happened during the summer of her 15th year. Trying to reconstruct her past memories, the pain of one night slowly pieces back together.

A riveting read with an unpredictable plot twist, “We Were Liars” is a gripping page-turner up until the very end.

“Little Fires Everywhere” by Celeste Ng, set in progressive Shaker Heights in Cleveland, powerfully depicts the fates and contrasting beliefs of the perfect Richardson family and the free-spirited mother and daughter, Mia and Pearl Warren.

Ng starts the book with a unique but tragic beginning and then flashes back to the past in order to gain answers as to why the tragedy happened. Through this, readers unpack the juxtaposition between the Richardsons and the Warrens and tensions slowly build up with every twist and turn of the story.

When a custody battle erupts, the town is divided and secrets are revealed. The complexities raise questions about many societal ideologies such as race, conformity, perfectionism, as well as relationships, such as those between a mother and child.

All of these books allow readers to see the world in a different way and are a great distraction from current circumstances.