“Remote” by Wallows shows how powerful virtual connections can be 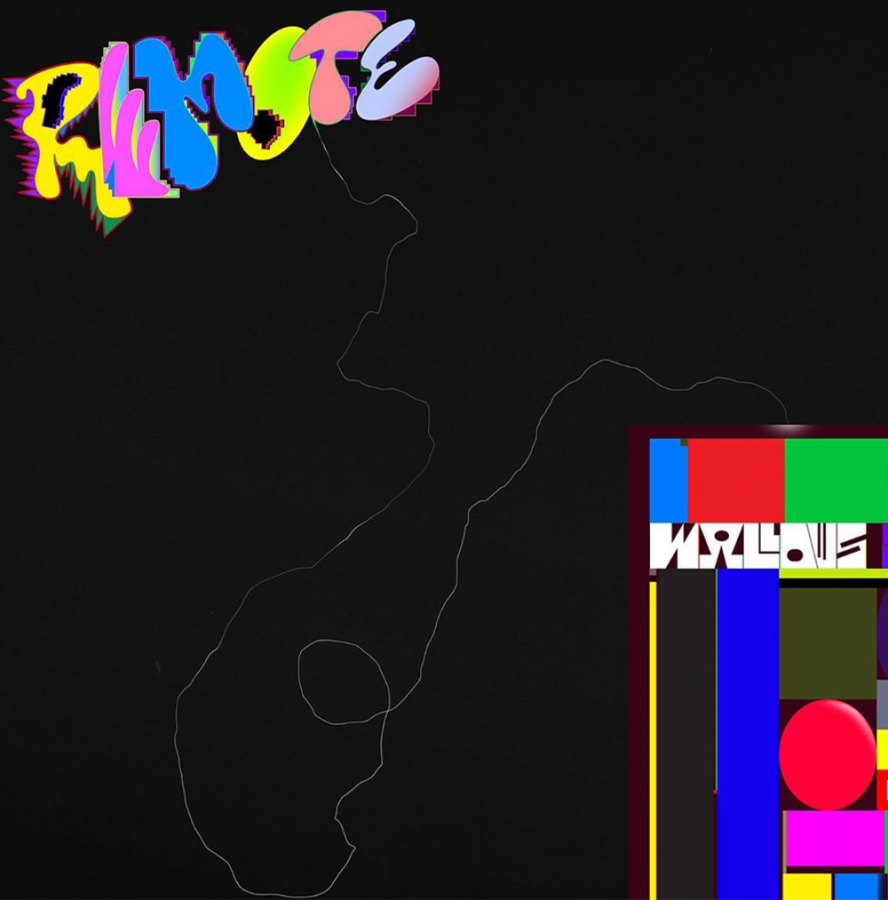 Wallows' new EP "Remote" was released on Oct. 23, 2020. The album was recorded and completed entirely during quarantine through facetime sessions.

Despite never referencing their time in quarantine, alternative rock band Wallows shows the world the power of virtual connections with their new EP “Remote,” released on Oct. 23, 2020 from the safety of their homes.

Members Braeden Lemasters, Dylan Minnette—known for his role as Clay Jensen in Netflix’s “13 Reasons Why”—and Cole Preston first rose to musical fame in 2017 with their single “Pleaser,” claiming the second spot on Spotify’s Global Viral chart. In 2019, the trio released their most popular song “Are You Bored Yet?” (feat. Clairo) which has over 243 million streams on Spotify.

Completed entirely during quarantine, Wallows recorded all tracks on the voice memos app and used Facetime sessions to plan out the album. Despite the three never physically collaborating, all six songs are complex and catchy.

First up on the album is “Virtual Aerobics,” an upbeat song that perfectly captures the essence of current indie music. The song is based on actual events during quarantine where Minnette and his girlfriend took virtual aerobic classes, and the lyrics perfectly illustrate their adorable relationship. Minnette sings, “I’m not too good, but I try my best / Work hard no matter what happens next,” depicting the struggle of being in a relationship during the pandemic and how they are adapting to online instances. The lyrics also portray funny Gen Z dilemmas, like, “I’ll probably overwear these Nikes / I’ll clean em’ off when they get a scuff / tell me when you think they’ve had enough.” With playful lyrics and a catchy tune, the song is the perfect introduction to the rest of the album.

“Dig What You Dug,” the second track on the EP, starts off with a classic bass riff and showcases Lemasters’ vocals. Although the tune is reminiscent of songs on their previous album, “Nothing Happens,” this song is much more deep and captivating. With lyrics like, “Turned into someone that you know you’re not / Pick up something for yourself that you like / Before you get out and get what’s on their mind,” the artists remind you to stay true to yourself, an important message especially during isolation.

“It’s such a simple title but I also just feel like it is really special when you feel like you find someone who you connect with in a way that’s way deeper than just surface level stuff,” Lemaster said in a Sept. 9 interview with MTV.

“Coastlines” addresses the difficulties of long-distance relationships and how important it is to communicate with each other. Minnette sings, “Do your words make up what’s on your mind.” Many couples, especially those who do not see each other often, have to wonder if what their partner is saying is what they really mean, and Wallows manages to capture moments that happen to everyone in this song. The strong bass backing helps add an uplifting theme to otherwise melancholy lyrics.

“Talk Like That” explores the simultaneous overthinking and miscommunication between couples. Minnette sings, “Imply one thing and I’ll think about it for days.” Wallows highlights the importance of being explicitly clear and the challenge of conveying proper tone virtually, especially for long-distance couples.

“Wish Me Luck” is the perfect end to the album, taking a calmer approach compared to the fast-paced songs with incredibly relatable lyrics. Through his powerful lyrics, “I don’t wanna lose myself to all my insecurities. If I told you all of them, who would it hurt more? You or me?” Wallows manages to combine the electric beat seamlessly with the fear of emotionally exposing yourself to someone else and the unspoken thoughts that cloud one’s mind .

With impressive lyricism, Wallows experiments with electronic-centered beats and creates a fun and authentic album. Despite the challenges going on in the world, the album reminds listeners to focus on what is important and that it is possible to keep living life to the fullest remotely.