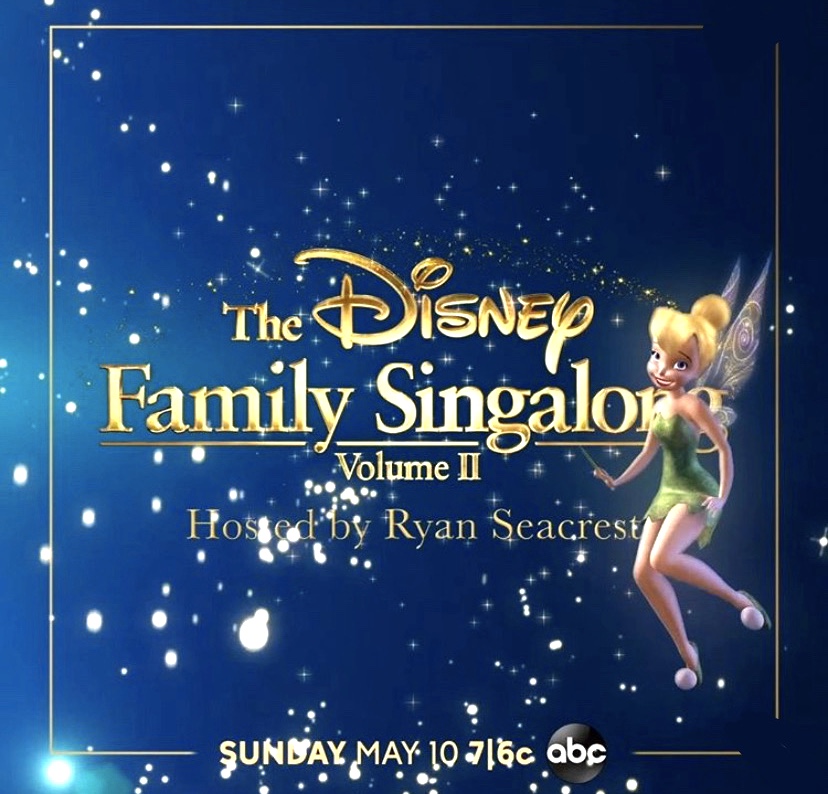 After receiving a lot of positive attention from millions of viewers, the first Disney Family Singalong that broadcasted on Apr. 26 was given the opportunity for its sequel of live Disney-related performances for Mother's Day. With this follow-up, famous artists from all around the world used the power of music to participate in building a sense of community through these trying times.

Students have witnessed a shift in their vision of the world. Cancellation of the rest of the remaining school year, cancellation of highly anticipated events and cancellation of large group gatherings with friends are just a few of the changes that make up the cancellation of a typical student life. This extends to working adults as well, with the idea of a stable job and steady flow of income shrouded with a heavy weight of insecurity.

Today’s circumstances have highlighted the scary thought of how we have been living a life with false sense of security and has further heightened tension between certain demographics. If anything, the one thing that’s considered “safe” is saying that we are living in unprecedented times—a time period that will inevitably occupy at least a page in a future history textbook.

Yet, despite fear overcoming many people within recent weeks, there still remains one landmark to guide everyone back into sanity: hope. One of the many ways that people are spreading hope and positivity is through music.

Music was a source of hope during this year’s Global Citizen Festival. Typically, the line-up consists of varying artists in the industry and the event itself occurs with the purpose of potentially ending extreme poverty by the year 2030. The philanthropy with the additional intrigue of seeing popular artists usually attracts many people to buy their tickets, however this year tickets were not necessary. Instead, live on Apr. 18th, Global Citizen streamed the “One World: Together at Home” event hosted by Jimmy Kimmel, Jimmy Fallon and Stephen Colbert.

The showing included many artists from all over the world who had recorded themselves in the comfort of their own home. This includes Steve Aoki, Andrea Bocelli, Paul McCartney, H.E.R., Angèle and Maluma. These unfiltered and heartfelt at-home performances by singers from all over the world made the message more intimate and made it easier to see how the pandemic has affected everyone, no matter their background.

Advertisements for how people can contribute to the supply of proper protective gear for our frontline medical workers were broadcasted between acts as a way of raising more awareness. For that, a feeling of hope radiated off thousands of viewers’ television screens.

Positivity has spread through other musical events as well. On Apr. 17th, The “Disney Family Sing-along” was broadcasted nationwide and hosted by Ryan Seacrest on ABC. The singalong targeted the young-at-heart and the nostalgic, and further attracted viewers for its lineup of talented artists covering all-time favorite Disney songs.

All of these televised performances, however, are now also available for viewing on Youtube—these videos range from hundreds of thousands to millions of views. A few popular performances were Ariana Grande’s cover of “I Won’t Say (I’m In Love)” from the 1997 film “Hercules,” Tori Kelly’s performance of “Colors of the Wind” from the beloved classic “Pocahontas” and the iconic “High School Musical” cast’s performance of “We’re All In This Together.”

In fact, the popularity of this Disney Sing-along special was so great, that “The Disney Family Singalong: Volume II” aired this year on Mother’s Day. For its fun and family-oriented nature, Ryan Seacrest again hosted this follow-up event that had given families another reason to cozy up by the living room television and interact through the magic of Disney’s music.

“One World: Together at Home” and the “Disney Family Singalong” have proven music to be a uniting factor within these past few weeks in isolation. Not only is music being used as a means of hope and union, but it is also being written—specifically about the pandemic—and allowing people to identify with the lyrics.

The song titled “Six Feet Apart” by Alec Benjamin has blown up on the internet and already has 913K views on Youtube. Benjamin sings, “Oh I, miss you most at six feet apart / when you’re right outside my window / but can’t ride inside my car / I miss your smile / it feels like miles / six feet apart.”

On Apr. 2, the singer-songwriter posted on Instagram a short audio of this song he wrote. “It was inspired by COVID-19,”  Benjamin said in his caption. “The vocals and guitars were recorded on my phone and the song was written and produced over Facetime. Hope it makes you feel a little less lonely.”

Since the rough beginning of the COVID-19 outbreak, many songs have been written about this period in self quarantine, including Ariana Grande’s new hit single “Stuck with U” feat. Justin Bieber and Benjamin’s “Six Feet Apart.” However, Benjamin’s words ring true: it can feel like miles at six feet apart. Yet, this did not stop him from doing what he loves—making music, even if its process is now virtual—and neither should the pandemic stop us from gripping onto what inspires us and from doing activities in quarantine that still make us happy.

For their relevant messages and efforts in boosting morale, these televised performances and music in general is the language that communicates hope, positivity and the idea that—as eloquently sung by the High School Musical cast—“we’re all in this together.”

If there’s one way to save us from the common boredom of our houses, from the potential loss of sanity, from the loneliness behind isolation, from the melancholy in not knowing the next time we can hug our friends again, it’s music.