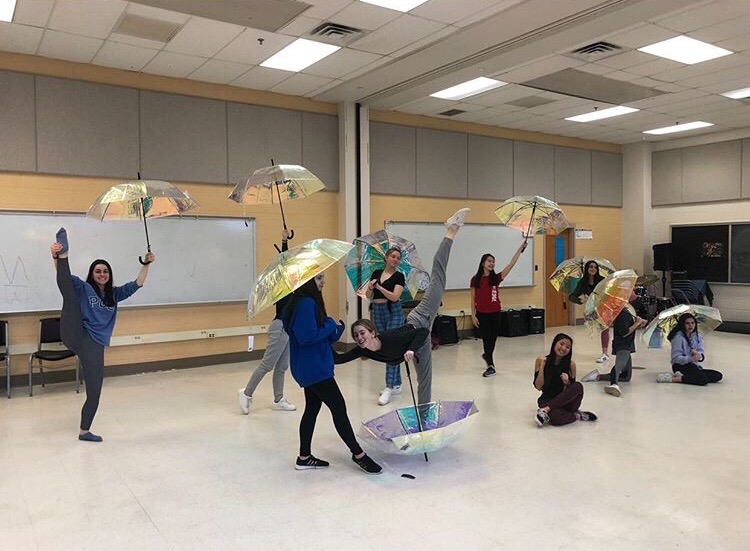 Seniors have looked forward to this year since their freshman year of high school, or maybe even longer. Senior year is the year where you get to celebrate all the work you have put in over the years by dancing at prom, walking across the stage at graduation and, for 52 WCHS seniors, participating in their final Blast show.

“I found out Blast was postponed in my show choir class,” senior dance captain Michael Castelli said. “When I heard the news my heart stopped and I felt destroyed. Blast meant so much to me and was my life. Everyone put so much effort and worked so hard. It was truly devastating to hear.”

Senior Chris Gresh, a performer in Blast since his freshman year, found out the show was postponed on Mar. 13. He, like the rest of the Blast 31 cast, was crushed to hear the news.

“At the time I frankly wasn’t surprised, but I was still very sad because this was our senior year,” Gresh said. “It was supposed to be special.”

Blast 31: Spectrum, originally set to be held from March 20th to March 29th, had to be postponed due to the coronavirus. The theme this year was “Spectrum: Experiencing vivid tones through sounds and shades”, and each of the selected songs had a color in the name ranging from “Goodbye Yellow Brick Road” by Elton John to “Purple Rain” by Prince. Out of the 37 songs chosen for this year’s show, several feel especially emotional to cast members now. One song by Kacey Musgraves stuck out to Castelli.

“I loved every single number individually but my favorite had to be ‘Rainbow’,” Castelli said. “‘Rainbow’ had a special place in my heart and meant so much to me. I was a dance lead with [junior] Sydney Rubin in ‘Rainbow’, and I had the best time choreographing with her and working with the amazing dancers in that number.”

Blast is not the only arts event at WCHS to be affected by the coronavirus. One Acts, a student-run play production program originally scheduled for April 29th, had to be cancelled.

“I was really excited to work with my cast, I felt I had casted perfectly and I really thought they would’ve brought the story to life,” senior and One Act director Evyenia Zoulis said. “I’m going to miss the theater department so much, I’m really sad I can’t spend my last few moments with my favorite people.”

Although these seniors can’t be together in person, they still keep in touch to comfort each other during their shared time of disappointment.

“I have of course been talking to fellow cast members,” Gresh said. “Many of them are my close friends. At this time, we hope to see some sort of closure, if possible, to end the past four years of performing we’ve done.”

So, although the show may not be able to go on this year, WCHS seniors will forever remember the amazing memories and friends they’ve made along the way.

“One Blast moment that’s always fun is the moments before we go on stage before every show,” Gresh said. “We always get excited to perform together. I will miss that for sure.”