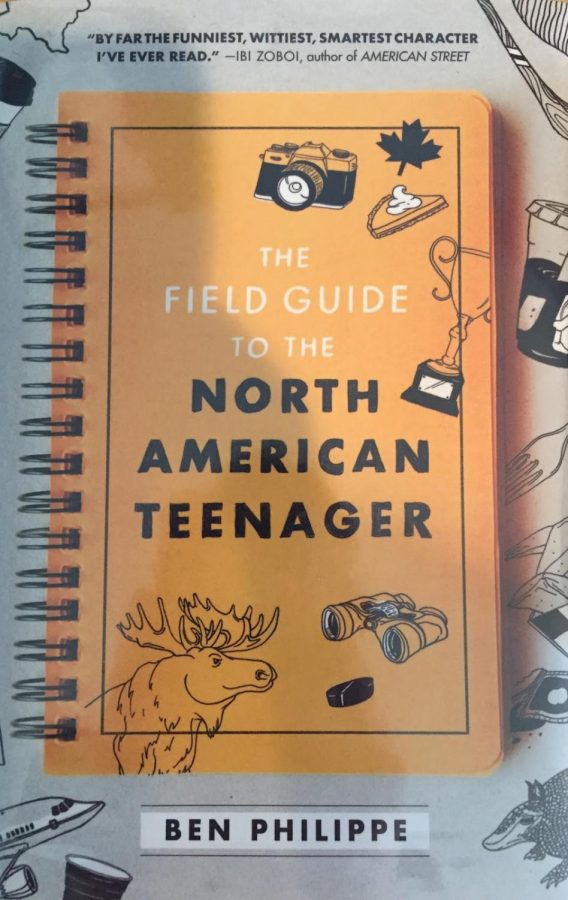 With its powerful friendships, stories and characters, "The Field Guide to the North American Teenager" is one of the best newly-released teen books.

If only there was a guide to high school. What to do. How to do it. What to say. Dating, crushes, jobs, friendships, schoolwork and fitting in would be among the topics covered.  While there is no such thing as a “guide to high school,” there is a book that could serve a similar purpose.

Newly-released teen book, “The Field Guide to the North American Teenager” by Ben Phillpe is one of the best, most realistic books for teenagers published in 2019.

The book is about Norris, a teenager who moved from Montreal, Canada to Austin, TX, and his struggle to fit in, find friends, pursue his hobbies, and most importantly, survive the Texas heat.

One of the most important things for a teen book is that it should be realistic for teens. This one definitely checks this box. It is set in a traditional high school environment, where there are bullies, friendships, cliques, sports teams, crushes and parties.

This gives the reader a sense of comfort because they already know what Norris is going through. Many people have had a time where they felt like an outsider, and it is good to hear about it through another person’s lens. It is also important that the book is relatable because it could actually be used as a field guide. There were plenty of events that high schoolers do, and having a guide on how to do them certainly helps.

There are also dynamic characters that change throughout the story. Norris goes from being shy and walking around by himself at lunch to making friends. He also grew to be more confident, which allows his friends to see different sides of him. Norris also grows from hating Austin – for its Longhorns pride and its heat – to wanting to stay there.

While Norris does some things that are questionable, like getting drunk at the post-prom party, because he was jealous his crush was with someone else, he makes up for it in his other actions, like supporting his friends.

Liam, who Norris first thinks is a creep, turns out to be really different than at first glance. He is kind and caring, and wanted to form a hockey team – with Norris’ help. The two worked together on it, and got it to happen.

Maddie’s father owns a restaurant where Norris works, and she helped him get the job. Maddie is a cheerleader, and always seems to be putting her needs in the backseat. She gave up her boyfriend, Patrick, so her best friend, Merideth could have him. This is just one of the examples of her kindness.

Norris likes Aarti, but she does not necessarily like him back. The two have an awkward relationship, and just when Norris thinks things are getting close, they fall apart. He is confused when Aarti does not accept his snowglobe, which he bought her as a present.

The plot was killer. Each chapter led off with some notes on the event, but they blended together perfectly, showing Norris’ new confidence, friendship and how he thought of things.

While the book has a lot of positives, there are a few negatives. As it is only from Norris’ perspective, we do not get to read how things really played out. Norris seems to overreact to things that really are not a big deal. When reading his guide, it is obvious who he likes and what he does not.

There are also sex, drugs and alcohol. While these things may not be foreign to high schoolers – this adds to the book’s relevance – they are not the most appropriate things to be doing. However, it does help keep the book realistic and relatable to teens today.

The main takeaway from this book is to be yourself, look for true friends and do what you love. A powerful story with great characters is a perfect read for anyone, regardless of age. Plus, you are going to have to read, if you want to find out how it ends – Spoiler alert: it is a lot different than what you would have first thought.