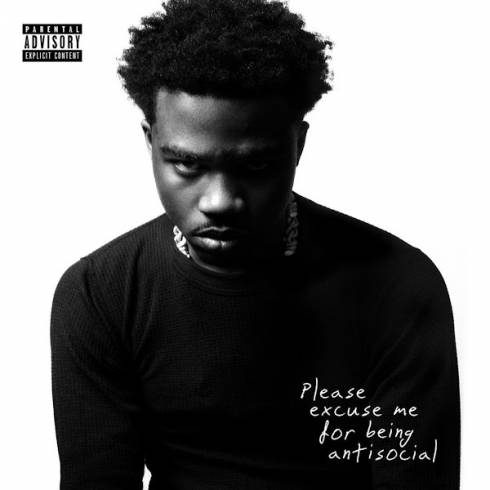 On Friday, Dec. 6, 2019, Grammy Award nominee Roddy Ricch released his first album since being named a member of the 2019 XXL Freshman class in the summer of 2019.

His album Please Excuse Me For Being Antisocial contains 16 songs, three of which are on the Billboard Hot 100.

The first song on the album is “Intro”, my personal favorite. It is more lyrically based and definitely the most lyrical song on the album. It gives a brief history of the artist’s early life and how hard it was to grow up where he did. The beat starts off slow and starts to pick up throughout the song; while it is a short song, it is engrossing. I highly recommend, it was a great way to start the album.

The second song on the album, “Start With Me” features Gunna. The song was originally a single that came out Oct. 25, 2019, and currently sits at No. 68 on the Billboard. The song features both artists doing what they’re good at; Roddy Ricch is amazing at choruses and Gunna is known for his features on other people’s songs. While they are short, they add a lot of value to a song.

The third song on the album is “The Box” and has become a huge hit recently. Currently at No. three on the Billboard Hot 100 list, this song has been featured and advertised by multiple Spotify and Apple Music-made playlists and seen in multiple memes. The song starts off unusual with an ominous noise in the background. Then the beat drops and the song starts. The country and the world fell in love with it immediately, making it one of the most popular songs in the country over a month after its release. It is the highest-ranking song on the Billboard that Roddy Ricch has ever released.

The song “Big Stepper” was a single released on Oct. 11 2019 and has been added to the album by Roddy Ricch. The song was last featured on the Billboard at No. 98 on 12/21/19 and kept its spot on the list for two full months. The song is fairly slow, and can be considered melodic rap. The beat is smooth and does not interrupt any lyrics unlike some other songs nowadays. Roddy Ricch is a better singer than most pop rappers in the game and likes to make his songs less about the background music.

The song “Peta” featuring rap legend Meek Mill peaked at No. 72 on Dec. 21 and has since lost its spot on the list for quite honestly an unknown reason. The song is fantastic. This album in particular has several unorthodox beats as seen in “The Box” and this track is no different. For the chorus, the beat speeds up while Meek Mill does the rapping then more towards the end of the chorus the beat slows down and lowers a bit and Roddy Ricch says a few words. The song features both artists in the chorus and each has their own separate verse, making a very entertaining 3 minutes.

Currently at No. 89 on the Billboard Hot 100 list is “Tip Toe” featuring A Boogie Wit da Hoodie. The song was originally a single that came out one week before the album on Nov. 25, 2019. As seen yet again another unorthodox start to the beat before Roddy Ricch starts singing the first chorus then proceeds into his first verse. Something that sticks out about this song is the change in tones used by both artists throughout the song. With the combination of tone of voice changing along with the beat changing, the song makes a very entertaining few minutes. While the beat does not drown out the words and is relatively slow at some points and fast at others, the song is rather upbeat.

2019 was nothing short of a legendary year for artist Roddy Ricch. His accolades on the year include becoming a platinum artist, being honored as a member of the 2019 XXL Freshman class, being nominated for a Grammy for his song “Racks in the Middle” with the deceased Nipsey Huslte and obtaining the No. 3 spot on the Billboard Hot 100 list with his song “The Box”. To conclude the year, Roddy Ricch released his album, Please Excuse For Being Antisocial and it was nothing short of greatness.