Keep an eye (and ear) out for our fellow musicians 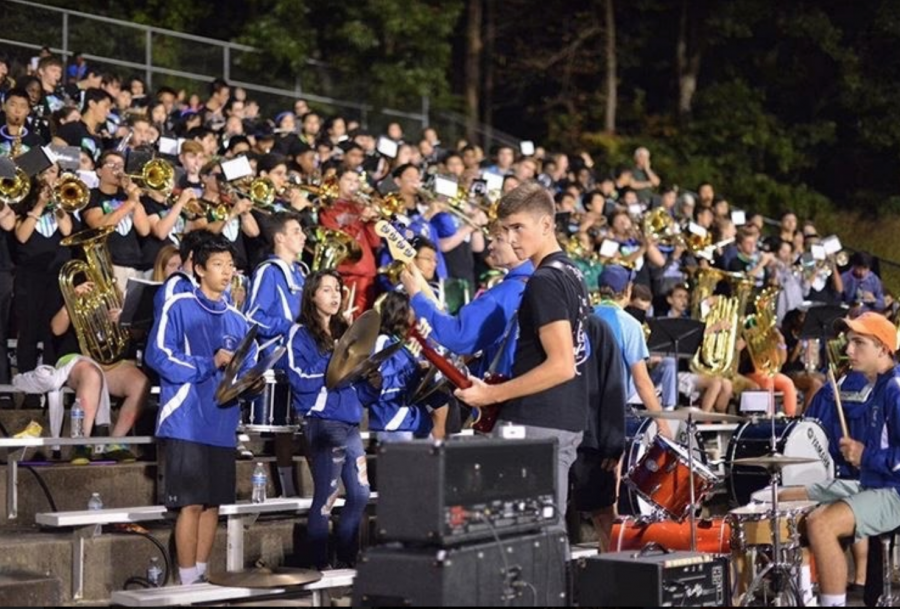 WCHS home football games would not be complete without Pep Band cheering on our fellow Bulldogs.

From Pep Band, Jazz Band, Concert Band to more, this great group of talented musicians never cease to amaze. With their annual trips to concerts and traditions, there is a lot in store for WCHS students to check out.

“As the years went on and especially this year, Pep Band has become one of my favorite parts of high school,” senior Roy Chang said. “It was very exciting for me to see the development of Pep Band throughout the years and the ‘hype’ around Pep Band has definitely increased not only throughout the band but the student body as well.”

Chang has been playing trombone since he was nine years old and is currently in the top band at WCHS. With band’s annual trip to festivals where they have the opportunity to perform for adjudicators, experiences like these have been one of Chang’s favorites.

“One of my favorite experiences in band thus far was playing for Gianandrea Noseda, the conductor for the National Symphony Orchestra,” Chang said. “It was truly amazing to play and learn under his baton–an experience I will never forget.”

This year, from Jan. 16 to 20, they went to Miami, Fl. Although it was an 18 hour bus ride each way, orchestra and band members had a great time performing and touring the local area..

“We went to Miami this year for our band trip,” senior Elizabeth Li said. “We saw the New World Symphony and performed at a shopping center. We also watched Aladdin which was pretty cool. Our hotel was right on the beach, and we got to go on a catamaran boat trip as well as walk around Little Havana.”

Senior Luca Greenspun has been playing guitar for 12 years and continues his love of the instrument in the WCHS Jazz Ensemble, along with other activities throughout the school year.

“Pep band,” Greenspun said. “Every year we get to play each home football game. It is always my favorite time of year because I get to spend time playing music with my friends, as loudly as humanly possible.”

During the football season, the Pep Band is always there to support the cheerleaders and football team. Playing songs for everybody’s taste, Pep Band is certainly a great addition to the games.

Last month, there was also the Coffeehouse performance where students and community members alike come together for an evening of jazz music.

“Coffeehouse is incredible,” Greenspun said. “It’s in room 126 so it is very intimate. The audience is right in front of us. In school performances, it’s rare that the performers can have fun on stage, everything is very planned and rehearsed. However with jazz music (and coffeehouse), we’re constantly making things up as we play so the audience gets to see how we react and create, it’s really neat.”

Like any other sporting event, WCHS students should keep an eye out for some of the great events our musicians have planned throughout the year.

“The band program has some of the most dedicated people I’ve ever met” Greenspun said. “Unlike sports, musicians have no off season. We are constantly rehearsing and performing. However, much like sports, we compete against other bands. This year alone, the jazz band will compete in many competitions against numerous bands all over the east coast.”