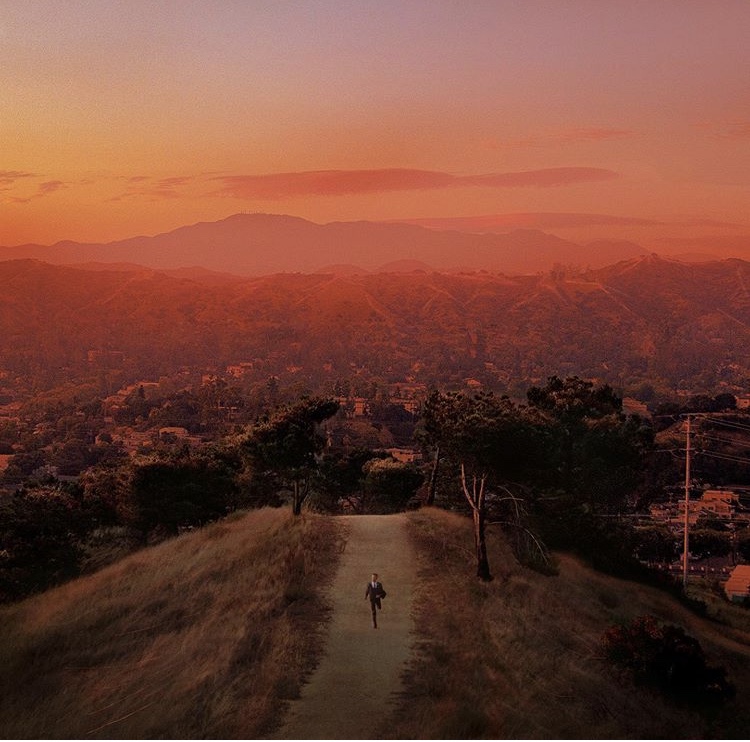 On October 4th, Finneas released his EP album, "Blood Harmony." The beautiful cover art features an image of Finneas, running away from the sunset.

Billie Eilish’s 22-year-old brother Finneas is gaining recognition as one of the most multi-talented people in the music industry with the release of his debut EP, “Blood Harmony.” The album has a cinematic quality to it, with dreamy production, creative storytelling, and beautiful cover art.

While Finneas may be best known for his ability to help artists write their stories, he is also a master at writing his own. He co-wrote and produced all of Eilish’s songs on her debut album, “When We All Fall Asleep, Where Do We Go?” which peaked at No. 1 on the Billboard Hot 100. For his own EP, he single-handedly wrote and produced all seven songs, and is now doing his first solo headlining tour.

The EP opens with “I Lost a Friend.” It is an emotional, soft-hearted ballad with heartbreaking lyrics. As the title suggests, Finneas mourns the loss of a childhood friendship. His soulful voice is the center of the track. He sings, “I lost a friend/ Like keys in a sofa/ Like a wallet in the backseat/ Like ice in the summer heat.” His ability to write about common experiences in a relatable way only broadens his universal appeal as an artist.

“I Don’t Miss You At All” is the fourth track on the album, and it is about his ex-girlfriend. He uses remarkably abstract details like “your silly French accent” and “the shade of green that if he’d seen would make F. Scott Fitzgerald cry” to give his songs more of a personal touch. The production relies on a catchy synth line. One of his specialties is that he knows exactly when to keep things simple, adding to the charm of his style.

He uses this same simple style on the last song of his EP, “Die Alone.” The song uses a simple chord progression, focusing mostly on the layers and harmonies on Finneas’s voice. The first verse is about him wishing that he could have been with his girlfriend, Claudia Sulewski, during the 2018 California wildfires. The second verse is about how he feels about moving out of home for the first time. One stand-out lyric is when Finneas sings, “‘Cause I know now I love you/ If the sky darkens above you/ I’ll stay by your side in the afterglow.” He has come to the realization of how powerful love is after being away from it for so long, and now he does not want to let it go.

Finneas’s style could be described as heartbreak pop, but in reality it is more positive than that. It is the kind of music you can listen to after a breakup and dance in your room to. “Let’s Fall in Love for the Night” is the most radio-ready song on the album. He sings about daydreaming of a relationship with an imaginary girl. His inner hopeless-romantic is revealed in this song and he explains his dreams about the fun they could have- even if it was only a short-term relationship. Short doesn’t mean not meaningful. He has warm vocals, a surprisingly high falsetto and even tries some rap in the bridge.

Finneas will be touring his EP in Austin, San Francisco, Los Angeles, Chicago, Brooklyn, and Boston. He is already one of the top producers in the music industry right now, and is rapidly gaining recognition with other famous artists like Khalid and Shawn Mendes. He is collaborating with Camila Cabello on her upcoming album “Romance”.

The album “Blood Harmony” demonstrates all of the things that make Finneas who he is: his storytelling, his creativity, and his ability to see the beauty in everything. His love for his girlfriend and his family shines through. Even the title of the album is connected to one of the most important relationships in his life: his best-friend-like relationship with his sister.

“I would love for this title to remain ambiguous to listeners and for everyone to be able to imbue it with their own meaning and justification,” Finneas said in an interview with Genius on Oct. 4. “The most common use of the term blood harmony is an English expression for what it sounds like when siblings sing together, that biological chemistry, I think that speaks for itself.”