The real cost behind going viral on TikTok 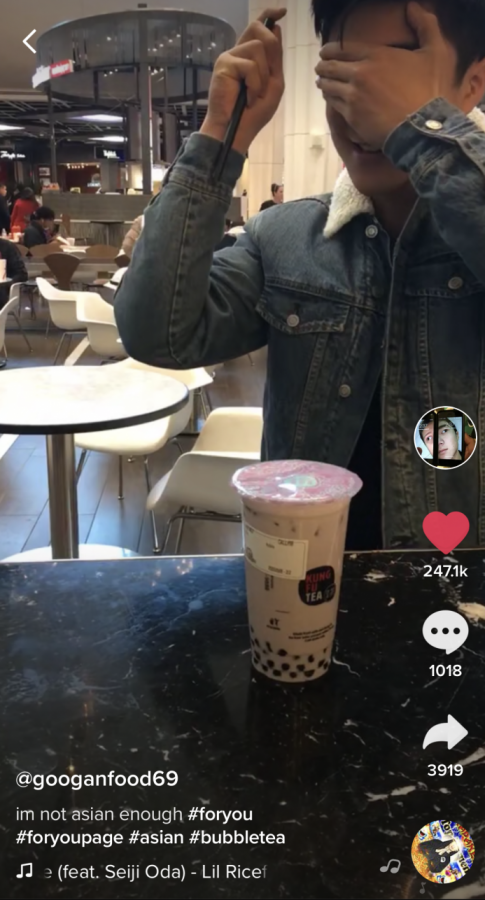 When opening the app, this screen would pop up as you scroll up and down.

With fun, quirky and creative concepts, TikTok is an app where users can create, share and discover short music videos. It is often used as a platform for people to express themselves through dance, lip syncing and comedy.

TikTok was created in China and it is valued at $75 billion. A majority of the users on the app are typically high school students, which largely contributes to its popularity at WCHS. Many of the dances and choreography from all over the world are reflected among students at WCHS because of its large platform.

Julianna Bryant, a freshman at Hammond High School has 43.3k followers with a total of 563.6k hearts. Her username is @julianna_bryant, and the significance of the tiktok that got her fame changed her life, but not her.

“It kind of does impact my life especially at school,” Bryant said. “A lot more people try to talk to me now. Before any of this happened, literally no one knew me.Gaining followers didn’t change me, and I’m not going to change myself just for the public to like me.”

For many people, creating content on Tik Tok is a way to have fun and take a break from the stress in their everyday lives. Aaron Yue, a freshman at WCHS is a contributor to the content and enjoys the funny content on the app.

On his account with the username @googanfood69, one of his first videos he received 245.3k likes. His initial reaction was of pure shock for being lucky enough to appear on the “for you” page of millions of tik tok users.

“I use TikTok to just take breaks from studying to try an idea out and lighten my mood whenever I’m bored out of my mind.”  Yue said.

TikTok is currently growing in popularity worldwide, and now that the app is available in 33 languages,becoming easier for everyone to use. The app has users spread out from 150 countries and is now a more culturally diverse platform for people to share their creations.

However, there has been some controversy on safety concerns for the young users. Alan Misura, a creator and freshman at WCHS with Tik Tok username @alaneats, has been more aware of the content of his account because anything he does can be seen by anyone.

“It definitely made me more aware that people like future employers, family and teachers see what you post,” Misura said. “I now know to be cautious when using the internet.”

A difficult aspect to any social media platform that a lot of people are very harsh in terms of criticism.

According to mediakix in 2019, sixty percent of the app users in the U.S. range from ages 16 to 24. Since many of the users are young, negative content can mentally discourage them more easily.

However, to fight the negative aspects of Tik Tok, there are report buttons for unwelcome comments that may prevent potential occurrences of cyberbullying.

“One part of me thinks it’s really cool that some people try to reach out to me while saying there huge fans,” Bryant said. “But at the same time, the other part of me worries about the malicious comments.”

Although quick access to stardom is not guaranteed for all users, the fame is not necessarily its true purpose. Many teenagers and older users have fun creating comedic content while showing off their dance moves for the world to see.