Five Feet Apart has viewers on the edge of their seats 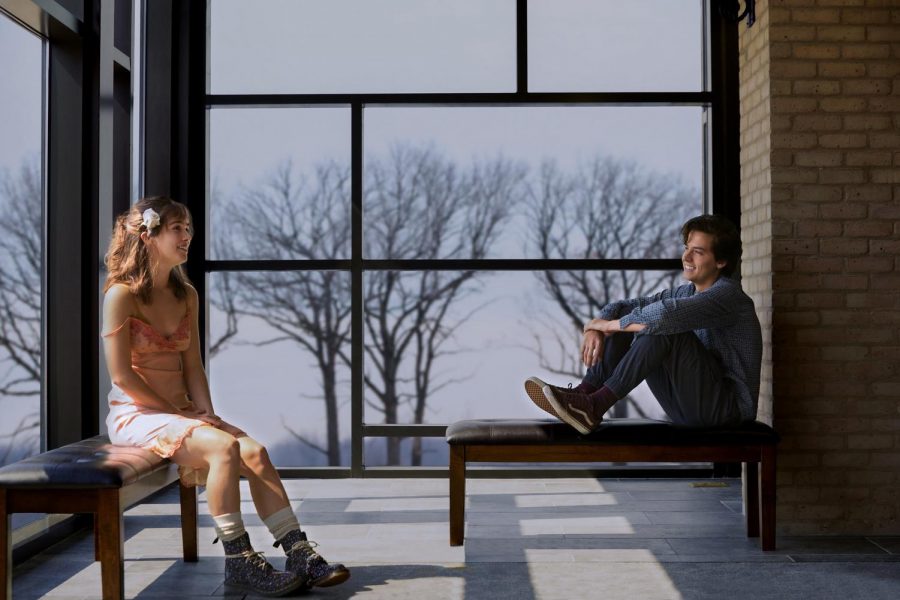 When you’re in the moment, it’s hard to think about what love would be like without touch. This was a thought teens Stella Grant (Haley Lu Richardson) and Will Newman (Cole Sprouse) had never faced until they met each other.

“Five Feet Apart” is a tear-jerking romantic drama film based on the forbidden love of two young patients and their battle against cystic fibrosis.

Directed by Justin Baldoni, the film was originally inspired by Baldoni’s “My Last Days,” a TV program that shared six teens’ perspectives on life and their terminal illnesses, and is dedicated to Claire Wineland, a cystic fibrosis patient who made videos on YouTube about her disease before she died at age 21.

At the beginning of the film, Stella is portrayed as an optimistic but controlling girl who wants to resume her life as a normal teen. Will, however, is a carefree, artistic kid who prefers not to play by the rules when it comes to his treatments.

Throughout the film, the two distinct characters learn that they have more in common than they realized, and their chemistry blossoms as they learn more about each other’s backstories and dreams.

The movie highlights the idea that love is not tangible, and allows the audience to reflect on their relationships with their loved ones and to focus on  the bigger picture of life, and not to worry about the small things that don’t matter in life.

The chemistry between both Richardson and Sprouse’s characters allow their characters to develop effortlessly on screen. This is reflected in an authentic and captivating performance which produces a unique and thought-provoking story.

Although Sprouse is a more well-known actor to many audiences, such as his role of Jughead Jones in the Netflix series Riverdale, Richardson’s character gave the audience a deeper insight to her struggles with the disease, as well as her family life and mental health.

The soundtrack in the film includes songs from various artists such as M83, Novo Amor and original compositions by artists Brian Tyler and Breton Vivian, which are equally as melancholy and uplifting during the emotional ups and downs of the film.

Many of the songs provoke feelings of freedom but also a longing for love through echoing piano and guitar chords as well as lyrics that are passionate but also catchy.

Through intriguing cinematography, the photography director was able to capture an isolated hospital environment to contrast with the world the two teens were used to only seeing from behind a window.

Through the setting and location, the film was able to portray the solidarity of the empty hospital hallways and the lack of social interaction Stella and Will had with each other and other cystic fibrosis patients.

I personally really enjoyed this movie, because through these particular scenes, Baldoni is able to capture the perfect image of two extraordinary teens who would do anything to stay together, despite the challenges of having very strict treatment procedures and not being restricted from seeing each other.  From the moment the characters are introduced to the audience, the film already illustrates an enjoyable and unique film.