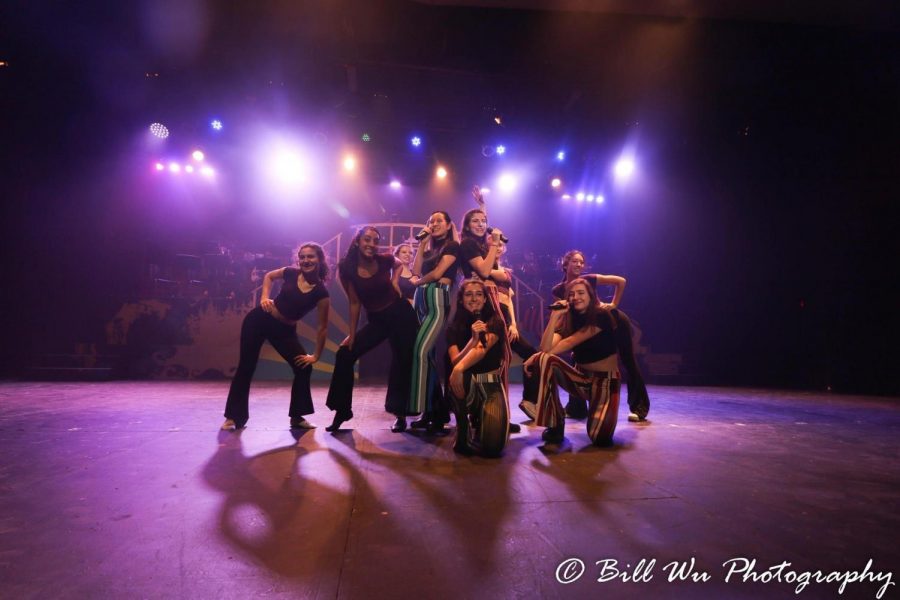 Blast 30: Blast from the Past included memorable performances that allowed students of all grade levels to showcase their talents.

Outstanding solo performances, catchy songs, sparkling lights and talented dancers. Blast 30: Blast From the Past included all of these aspects and more, and it definitely proved to be a memorable show for the audience.

Similar to years past, this year’s Blast included a theme, which was Blast from the Past. The show featured one song from each of the previous Blast performances as a special 30th anniversary edition of the show. The theme not only brought character and excitement to the show, but also nostalgia in the Blast alumni in the audience.

With five performances on March 8, 9, 15, 16 and 17, Blast from the Past radiated energy to the entire audience through fast-paced music and high-energy performances. A tribute to The Greatest Showman was the first number and set the tone for the entire show with creative costume design and an energetic performance.

Act One continued to burst with energy with an Elvis Medley performed by several boys and exceptional performances of “I Will Survive” and “Son of a Preacher Man” by seniors Hannah Wodajo and Jordyn Pegues, respectively.

Other crowd favorites of the first act were a rendition of N-Sync’s classic “Bye Bye Bye” performed by senior Michael Votaw, juniors Chris Gresh, Michael Castelli and Merrick Willeford and sophomore Ari Deychman, as well as senior Jenny Dalrymple’s performance of “Holding Out for a Hero” which was accompanied by junior Sherwin Esguerra’s solo dance performance.

After an energetic Act One, the audience anticipated more of the same for Act Two, which did not disappoint. However, the second act began on more of a mellow note than the first act, with a breathtaking rendition of John Lennon’s “Imagine” performed by junior Heather Kirschner, whose talent did not go unnoticed.

Act Two seemed to focus heavily on exposing the vocal and dancing talents of students, which were constantly on display. “Carry on Wayward Son” was performed by an outstanding group which included Gresh, Votaw and senior Vinny Douglass, among others who had a solo during the song; however, the highlight of the song was undoubtedly the energy that each performer brought during the chorus.

Other highlights from act two included a glee-style group performance of “Don’t Stop Believin’,” which starred senior Trinity Tilden and sophomore Daniel Seligman, as well as a captivating solo by sophomore Gabriella Levy which was accompanied by a graceful dance solo by senior Cassidy Goldsmith.

Throughout the entirety of the show, there were many performances that received less attention than the lead singers, but deserve just as much recognition. Seniors Mia Hazra and Goldsmith led several dances that added a level of unity to the performance. Also, junior Luca Greenspun used his immense talent on the guitar to perform high-energy guitar solos during rock songs and also compliment some of the slower acoustic songs that were performed.

As always, the tech crew provided colorful lighting that allowed the performers to shine on stage. The costumes and makeup of the performers added to the themes of each individual song and allowed the audience to travel back in time to whichever era the song was from.

Blast from the Past incorporated a unique theme that allowed the cast to perform not one, but several crowd-favorites from the past. This year’s blast exceeded expectations with its talented members and great theme.

The performances of each member of Blast were felt throughout the whole show, and it is evident that each member of the cast, tech crew and band gave their all to leave their mark on this year’s show. After an exceptional Blast 30: Blast From the Past this year, WCHS students and the community as a whole are anxiously awaiting Blast 31 and will look for the same energy and talent at next year’s show.