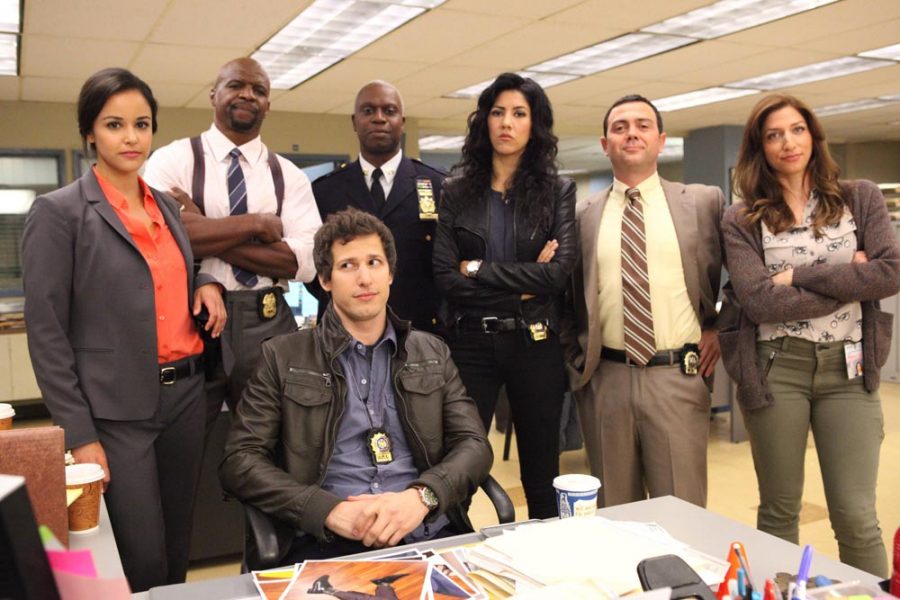 Brooklyn Nine-Nine” started airing in 2013 but it is still a very successful show. The comedy was picked up by NBC which renewed them for a sixth season that will be extended for a total of eighteen episodes.

“Noice.” “Smort.” “Cool, cool, cool.” These phrases can all be used to describe NBC’s hit comedy “Brooklyn Nine-Nine” in addition to being the lingo that the characters on the show (and its fans) love to use.

Starring comedian Andy Samberg, actor Andre Braugher and actress Melissa Fumero, the show features the workplace environment of a New York City police department, the 99th precinct to be exact. But “Brooklyn Nine-Nine” is not your typical cop show. It’s more similar to “The Office” or “Parks and Recreation” as opposed to more serious workplace shows like “Law and Order.”

The sixth season of the show premiered in January after it was picked up by NBC. So far this season, the main focus of the show has been the lives of the characters, rather than the cases they solve. It is refreshing and interesting to get this new perspective.

The show is co-created by Dan Goor and Michael Schur who have also written famous comedy shows including “The Office,” “Parks and Recreation” and “The Good Place,” in addition to writing for comedy talk shows such as “Late Night with Conan O’Brien.”

The characters are diverse in personality, race and sexuality, making it easy for all viewers to relate to at least one character. Although the show is a comedy, important topical issues such as racism, sexism and homophobia are often discussed, making the show even more lovable.

If you are not convinced yet, “Brooklyn Nine-Nine” also offers some famous comedians and actors as guest stars. For example, Craig Robinson, Bill Hader, Maya Rudolph and Nick Offerman are all featured in the show. The show also has an impressive 97 percent rating on Rotten Tomatoes.

“Brooklyn Nine-Nine” is the perfect show to watch with friends, family or just by yourself. In simple terms: the show will have heartwarming moments followed by hilarious and uplifting jokes. Watch it for the characters’ silly shenanigans and pranks, but stay for the comfort and great writing.

So, if you are looking for a new show to binge, “Brooklyn Nine-Nine” is the way to go. You can watch all seasons on Hulu (it even has the new episodes from the sixth season) or if you are already a fan, you can watch the current episodes on Thursday nights on NBC.