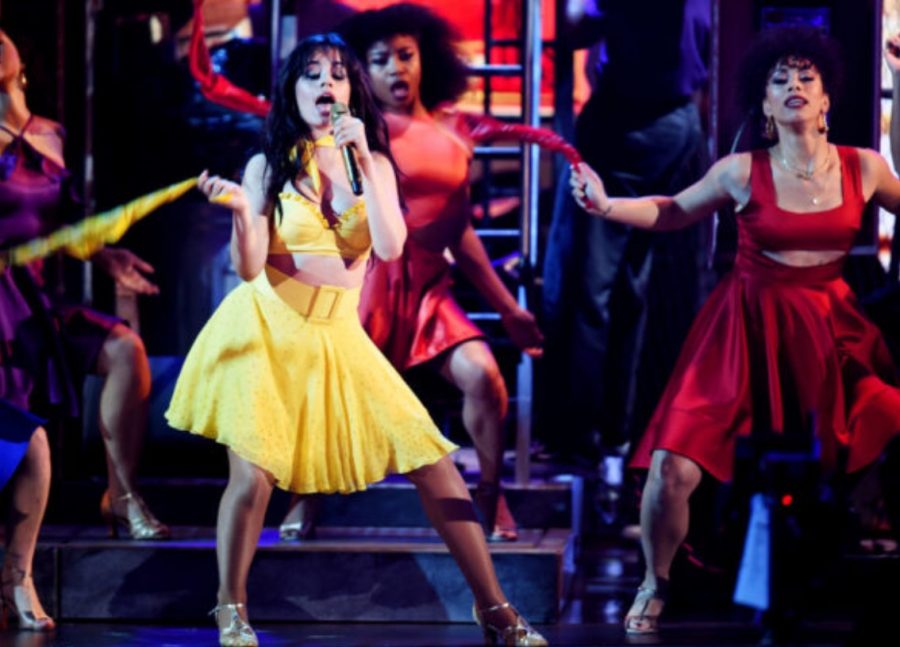 Camila Cabello opening the 2019 Grammy Awards ceremony with a performance of her song “Havana.”

From Camila Cabello and Ricky Martin scaling the replicated streets of Havana, to Lady Gaga and Dolly Parton’s soaring pipes and vocal highways, the performers at the 61st Grammy Awards blew the roof off of Los Angeles’ Staples Center on Feb.10. But the question is, which one was the best of the evening? Here are the best performances of the Grammys.

Camila Cabello kicked off the night’s festivities with an infectious performance of “Havana” with some help from a few famous friends. Young Thug, J Balvin, Ricky Martin and the legendary trumpeter Arturo Sandoval joined Cabello on a vibrant set that allowed viewers to peer inside brightly colored apartment units a la Rear Window. The “Havana” performance was inspired by her grandmother’s life, and  her mom and dad appeared on stage during the production. The setting was built to resemble a bustling block party in the number 1 charting song’s nominal Cuban city.

Lady Gaga delivered an emotional rendition of “Shallow” from the Oscar-nominated film “A Star Is Born,”. The duet, which she performs in the film with director and co-star Bradley Cooper, was a solo inside the Staples Center. The singer returned to her fierce pop roots in front of a backing band that included fellow songwriters Mark Ronson, Anthony Rossomando and Andrew Wyatt. Unlike her film alter ego, Gaga did not shy away from the camera. Instead she embraced the extreme close-ups and dance elements of the song, opting for glitz on the smoke-filled stage rather than the usual stripped-down performance of the single.

Country music legend Dolly Parton rocked out the 2019 Grammys stage with a star-studded, girl-power fueled performance featuring special guests Miley Cyrus, Kacey Musgrave, Katy Perry and many more. The performative energy of Parton, an icon whose country-to-mainstream-celebrity legacy received its proper time in the spotlight surrounded by some of the genre’s biggest contemporary acts as they sang through “9 to 5,” “Here You Come Again,” “Jolene,” “After the Gold Rush” and “Red Shoes.”

Rap’s reigning queen flexed her flow-heavy might under the Grammy’s spotlight with feisty zest as she performed her current hit “Money,” dressed in a skintight, diamond-encrusted leopard getup with a squad of female dancers surrounding her. The stage featured a glitter-covered piano and a background made up of purple, pink and silver fabrics draped around. As for the MC herself, she truly was born to flex with diamonds on her neck, leopard tights, and, towards the end, a feather accessory that made her look like the most fabulous peacock to take on the Grammys.

Shawn Mendes took the stage in the second performance of the night, playing the piano as he belted his Grammy-nominated track. He began with hit song “In My Blood.” After a few minutes performing solo, Mendes strapped his guitar around his shoulder, walked through the audience, and joined Miley Cyrus on stage for a duet. Briefly, Cyrus sang by herself while Mendes played the guitar, but eventually the two joined vocal forces again for a moving and powerful performance. They had the audience going wild early on with their rendition of his song “In My Blood.” Not only did their voices match up gorgeously, but so did their outfits. Cyrus sported black pants and a chic sleeveless top that was open down the middle, revealing blingy necklaces and  a gold chain. Mendes wore a shiny, sleeveless black top and navy pants.