Q & A with Bob Levey: author of “Larry Felder, Candidate” 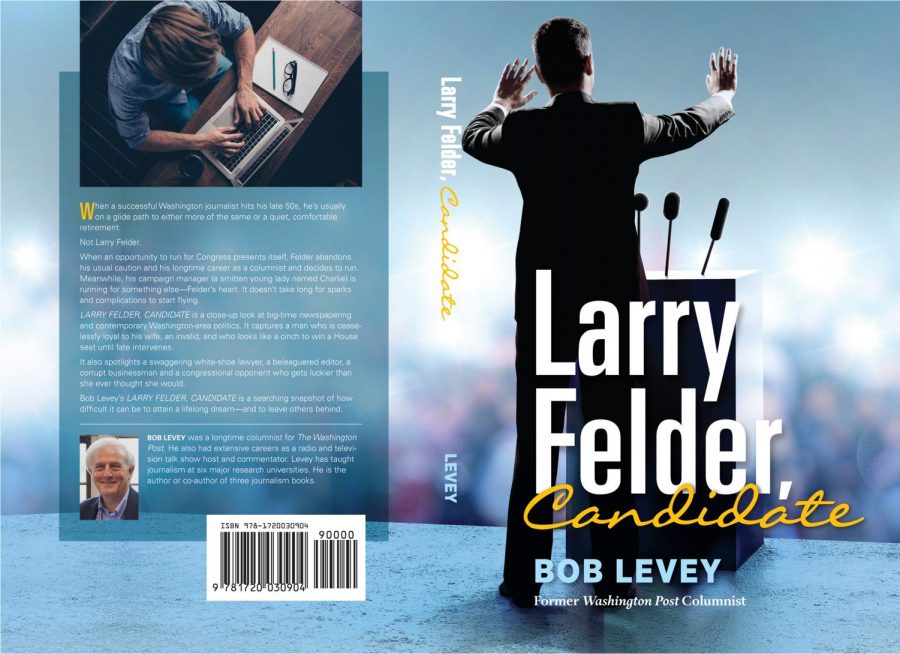 Bob Levey is a former columnist for the Washington Post. Recently, he ventured into the world of novel writing with his book, “Larry Felder, Candidate.”

I got the chance to have a question and answer session with Levey about his new book, what inspired him and how writing a book differs from writing as a journalist.

Observer (O): Why did you decide to write this book?
Levey (L): The book has been in me for a long time–the plot, the characters, the issues. I decided to write it now because of all the current bonfires in journalism and politics. Readers can get a very close look at how the sausage is made in both worlds.

O: What’s your inspiration for creating the character Larry Felder? How much of yourself did you put into the character of Larry Felder?
L: The Felder character is based on all the superb political reporters alongside whom I worked for decades at The Washington Post. Larry is me in only a few ways–Bronx boyhood, fell in love with journalism in college, stayed at a major Washington newspaper for eons. But Larry is shorter than I am, more nerdy than I am and more sartorially challenged than I am. Larry wears brown socks! Bob Levey would never do that. Nor would Bob Levey ever run for elective office. I’m either too smart or too dumb–take your pick.

O: How did your background in journalism assist you in writing the novel? How would you compare writing a novel with writing columns at the post?
L: The novel is drawn almost entirely from my lifetime in journalism, especially my 36-plus years at The Post. In the book, the main characters wrestle with journalistic honesty, ethics, cranky bosses and bad coffee. I was up-close-and-personal with all these, every day. As for writing a novel versus writing a column, the novel is a whole lot more intricate. Obviously, it takes far longer. But it’s also a challenge to make sure that all the plot threads converge, and get resolved, at the very end. Anyone who thinks you can just sit down and write a novel has never done it.

O: How long did it take you to right the book? Will there be a sequel?
L: I took two months to plan the book. Made outlines, thought about it in the shower, scribbled reminder notes about plot twists while I was on the Metro. Then I drafted the whole thing in less than a week. But the toughest part lay ahead–the re-writing. That took about two more months, and could easily have taken longer. I must have rewritten the ending five times. Yes, there will be a sequel. It’s already in the works. Not with the same characters or the same material. The next one will be about right-wing radio in America. Also a novel. Also one, like “Larry Felder, Candidate,” in which the good guys win in the end.

O: How relevant do you think this book is to politics today?
L: The book is extremely relevant to politics today in several ways. One, it offers a very accurate look at the inner workings of 21st Century campaigns. Two, it provides a very close look at how money is raised and used in politics. Three, the characters in the book are exactly the kinds of people you’d find in an actual Congressional campaign. Four, the interplay between a candidate and the coverage he attracts is all over real politics, every day.

O: If there was only one thing your readers could take away from the novel, what would you want it to be?
L: That a novel can be realistic, and this one is. Every character and every plot twist could happen in real life. If a reader wants to be educated about journalism and politics, and also entertained, “Larry Felder, Candidate,” will do both jobs very well.