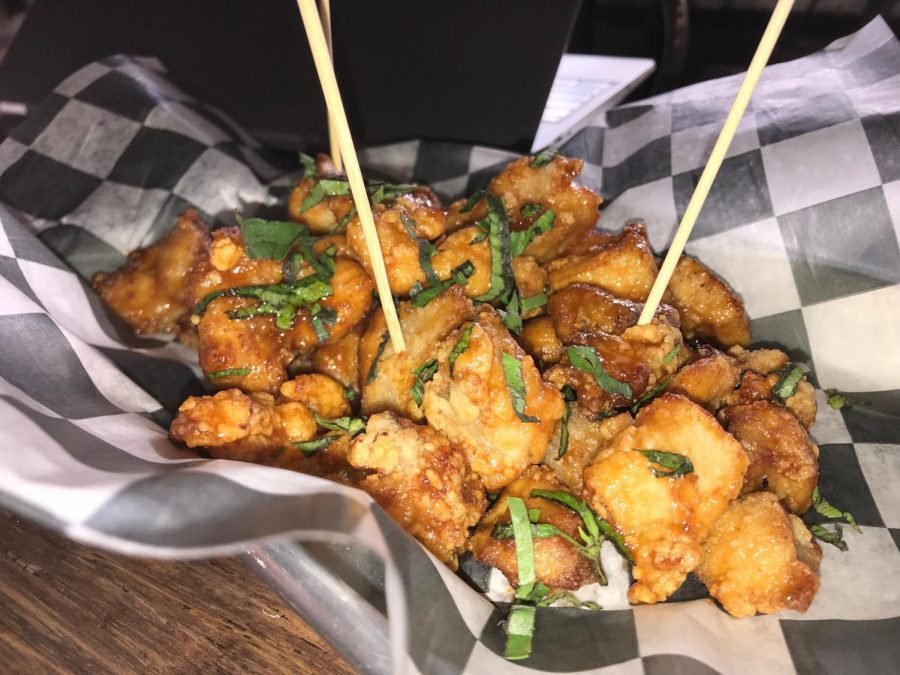 By Vicky Gunawan and Max Kandel

Have a craving for bubble tea? Poke bowls? How about Korean gyros? Pike Kitchen offers all of these in the same place.

Located in Rockville Pike, Pike Kitchen delivers consumers a variety of diverse foods. Owners Mike Kim, Jay Kim, Peter Choi and James Park decided to open Pike Kitchen as soon as the opportunity arose. Park, who has worked with places such as Bonchon Chicken, Shilla Bakery and Honey Pig BBQ, has been involved in the restaurant business since age 15. He has continued working in the restaurant business while maintaining his career as a commercial real estate broker.

“My career is in commercial real estate with passion in food,” Park said. “The opportunity came to partner with a restaurant owner and, as a result, Pike Kitchen was born.”

According to Honors Geometry and Algebra Two teacher Hsinyo Ho, the various dessert options sold at Pike Kitchen are “the best.” Ranging from mochi donuts to bubble tea and charcoal ice cream, Ho personally enjoyed the bubble tea the most.

Along with the diverse group of food to choose from, the atmosphere at Pike Kitchen is one that people seem to enjoy. The food hall’s layout is open and spacious, making customers feel welcome. Pike Kitchen also has various TV sets and many places to sit. The vendors have signs that label what everything is, for anyone who is not familiar with East Asian cuisine.

“The vibe is really nice,” senior Hannah Suh said. “There are a whole bunch of options for me to choose from and I find myself going there quite often with my family.”

In the Bethesda and Rockville area, two Asian food halls have already opened, The Spot at Rockville Town Center and Pike Kitchen, with a third on the way coming to Pike & Rose, which will be called The Block.

“I would like to think that we are a little different in that we intentionally chose vendors who are local and have many years of experience in restaurant business, especially people who have passion for food with creativity,” Park said.

Already racking up over 100 reviews on Yelp, Pike Kitchen keeps in touch with customers regularly through social media, especially Facebook, by posting announcements, photos of dishes and answering questions or concerns. Recently, Pike Kitchen also held a giveaway with prizes including Apple products, attracting more customers and displaying the importance of the consumer.