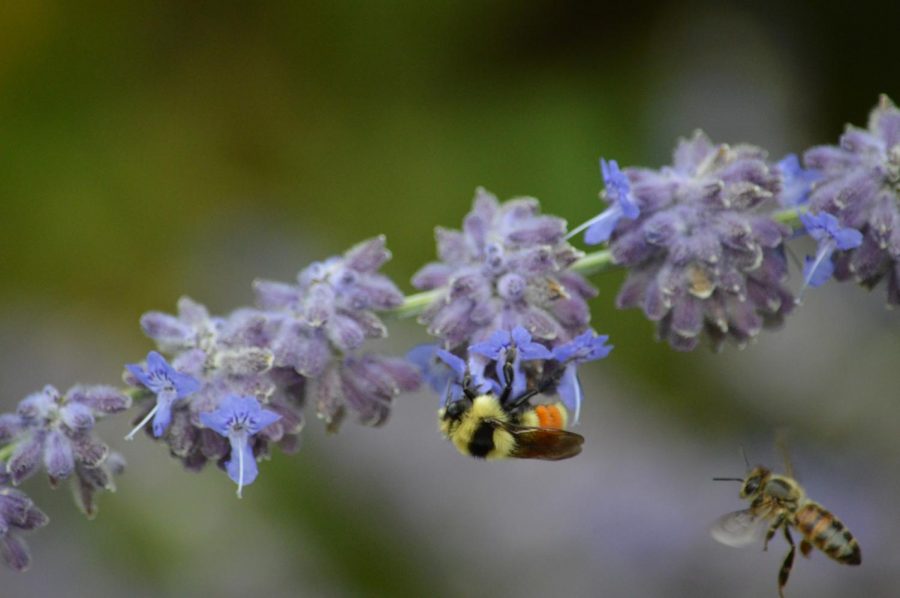 One of Grant's favorite subjects to photograph is nature. When he's not taking pictures of nature, he enjoys documenting protests and the lives of his fellow WCHS students.

Whether you see him in the hallways giving out high fives or hear him cracking jokes in his classes with his quirky sense of humor, just about everyone at WCHS knows who senior Avi Grant is. However, what some may not be aware of is Grant’s love for photography, and how it has shaped who he is today.

Grant has been taking photos of different subjects for many years, having first started when he was roughly 10 years old. Since then, his interest in the world of photography has grown exponentially, and he now takes every opportunity he can to find just the right angle for his next shot—whether it be of WCHS, the starry night sky or even a political march.

“I have always enjoyed photographing subjects that capture my eye,” Grant said. “I really appreciate the fact that I can freeze moments in time through photography. It sparks an interest in me and it’s a lot of fun when the finished work turns out well.”

The limit to Grant’s variety of subjects knows no bounds, and for this reason he has even adopted his own unique style. While he has a wide array of subjects to choose from when taking photos, there are several that capture Grant’s interest more than most.

“Nature can be fun to photograph, and I like architectural or historical subjects,” Grant said. “I try to show what different regions look like, from the environment of an area, to the buildings and historical aspects of different places I visit with my family. I also use my photography to try to show new perspectives on the world.”

Of these new perspectives, Grant is quite outspoken on the topic of environmental conservation and sustainability. Along with the photos he shoots, Grant uses his social media accounts, primarily his Instagram (@avi_g2000photography), to discuss these issues and many more.

“This past Earth Day, I posted photos I had taken in national parks during a trip the previous summer,” Grant said. “I wrote a long caption describing why the environment needs to be protected for generations to come.”

Grant finds some of his influence and inspiration through the social media accounts that he follows. However, in order to continue discovering his own creativity and artistic expression, he simply keeps practicing through trial and error.

“I follow some cool photographers on Instagram,” Grant said. “But I mostly experiment on my own and photograph from different angles and perspectives to try to capture something new. It is a great way for me to express my abilities and be creative.”

While much of Grant’s work focuses on subjects on Earth, he also finds time in his schedule to grab his tripod and take photos of the stars. This subgenre, known as astrophotography, is just one of the many different aspects of Grant’s art.

“Astrophotography is the process of taking photos of the night sky by using a long exposure time to collect more light than what is just visible with your naked eye,” Grant said. “It’s fun, and although time consuming, it can be really satisfying when the photo turns out just right.”

In addition to his affinity for nature and astronomy, Grant has displayed a keen aptitude for getting shots of political protests and marches, effortlessly showcasing the raw emotion of the people in his photographs.

“I like to put across a message supporting my views,” Grant said. “I documented the student led ‘March for Our Lives’ event and another march that occurred this year.”

With all of the effort and dedication that Grant has put into his craft, it should come as no surprise that he has managed to leave an impact on those around him. Perhaps the greatest proponent of Grant’s commitment to the artform is none other than his photography teacher.

“He has a very nice eye for composition; I see it improving as time goes on,” Photography teacher Amy Gilbert said. “I see him improving on putting the meaning he intends into his work, which is a really hard skill to master.”

Despite Grant’s overwhelming excellence in the field of photography, he views it more as a hobby rather than a potential full-time career. While he will most likely pursue and major in a subject other than photography in college, he has no intention of dropping this hobby any time soon.

“[Photography] will probably be more of a hobby,” Grant said. “Unless I find a major I am interested in that can involve photography and lead to a profitable career. Hopefully, I will continue to take photographs forever—someday I want to get a better camera.”

Ultimately, the greatest inspiration for Grant’s photography is how it allows him to connect to the WCHS community. Through his art, Grant communicates and conveys a message to the many students who attend this school, and that is more than enough of a reward for him.

“I use my [camera] when I go to football games for our school, and students will ask me to photograph them,” Grant said. “This brings everyone together and creates a sense of community that is hard to replicate elsewhere in our current environment.”