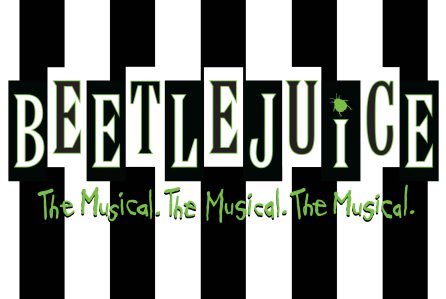 "Beetlejuice: The Musical, The Musical, The Musical," directed by Alex Timbers, is currently showing at the National Theatre in Washington, D.C. before it goes to broadway next March. The show is humorous despite having minor plot issues and is a must-see for those looking for an entertaining show with many laughs.

The musical’s plot loosely follows the movie’s, with the recently deceased Maitlands (Kerry Butler and Rob McClure) attempting to scare their house’s new tenants away, with the aid of said tenants’ daughter Lydia Deetz (Sophia Anne Caruso). Throughout the confusion, the trio ends up waking the maniacal demon Beetlejuice (Alex Brightman) and have to clean up the ensuing mess.

While the musical does not premiere in New York City until next March, the National Theatre in Washington, D.C., is offering pre-Broadway showings until Nov. 18. (although tickets can be pricey with costs reaching up to $200).  While the in-your-face perversion and profanity isn’t the best choice for younger kids, the “Beetlejuice” musical is one of the best comedies out there and is worth a watch with anyone who is old enough.

Though nearly every part of the show is undeniably good in one way or another, the best by far is the singing, as is to be expected from a musical. Highlights of the show included the “The Whole Being Dead Thing/Invisible,” “Dead Mom,” and “Day-O.”

“The Whole Being Dead Thing/Invisible,” as the name suggests, is a combination of two songs, one sung by Beetlejuice and the other by Lydia. It combines an energetic hodge-podge of different musical styles while Beetlejuice introduces himself with a soft, somber tune while Lydia mourns her late mother. Caruso’s voice is already great here, but her true power comes out during the rock-inspired “Dead Mom,” where she sounds plainly powerful without any fancy vocal tricks. The songs, written by comedian Eddie Perfect, made the audience erupt with laughter more than a few times but were also able to be sensitive when they had to.

Moreover, the choreography is phenomenal, most notably during the conga line scene in “Day-O,” with the main source of humor being the dance itself. “That Beautiful Sound” shows off the masterfully hidden stage doors blended into the set to give off the impression of characters appearing on stage from thin air. An honorable mention here is the netherworld set, which makes use of a multi-tiered set to add more depth to the scene

The prop work is also no slouch, with the most obvious example being the giant animatronic sandworm that wriggles almost too realistically for its own good. Even the small details, like the roasted pig dancing during “Day-O,” bring on the smiles and gasps. The use of fog machines in portal doorways adds to the mystique of the setting while providing a useful mask from backstage.

Even with such positives, it’s inevitable that there were pieces of the performance that were not to the hopes of the audience because they felt too normal for a musical like this.

Being fair, none of the issues are glaring, though the plot has some critique. Both acts seem equally important and pacing is good for the most part, however, the show just isn’t gripping in any way. There was a distinct lack of out-of-your-seat tension that should be present in a musical. This is most evident at the start of Act Two with “That Beautiful Sound.” Instead of advancing the plot in any meaningful way, this number simply serves to show that Beetlejuice is happy with the outcome of Act One’s finale. This is the one part of the show that seemed to drag on and on, and that’s never a good feeling.

Despite this prominent issue, “Beetlejuice: The Musical, The Musical, The Musical” is a must-see, so long as you aren’t offended by profane and perverse content. Yes, the plot drags at Act Two’s start, and the story is nothing special, but that just speaks volumes to how amazing everything else about the production already is. The props will leave you speechless with awe, just as the humor will leave you with endless laughter. The choreography will make you want to jump from your seat and dance as the sheer absurdity of the situation presented will make it even more enjoyable. With the show still technically in tryout here in D.C, it’s entirely possible that Timbers will find a way to fix the few things wrong with an otherwise perfectly spooky adult comedy.