Avengers: Infinity War lives up to the hype 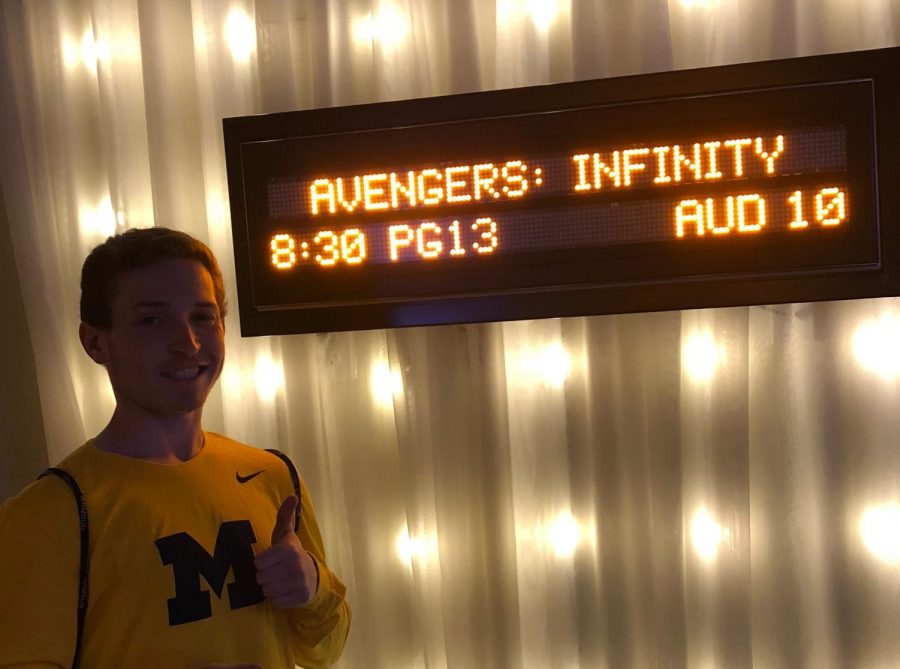 Many CHS students have flocked to the movie theaters to watch the highly anticipated film.

Directed by Anthony and Joe Russo, The Marvel Cinematic Universes (MCU) 19th installment, “Avengers: Infinity War” is the best Marvel film to date. The newest addition to the MCU picks up where “Thor: Ragnarok” left off.

Fans find themselves fleeing from Asgard aboard a ravaged spaceship, in the presence of Thanos (Josh Brolin), the power-hungry supervillain. Thanos believes that the universe is overpopulated and in order to fix this, he desires to collect the six Infinity Stones and use them to achieve his goal destroy half the universe.

The opposing force to Thanos, as stated in the title of the movie, are the Avengers. The team of superheroes, spearheaded by Iron Man (Robert Downey Jr.), Thor (Chris Hemsworth), Hulk (Mark Ruffalo), Captain America (Chris Evans), Black Widow (Scarlett Johansson), Dr. Strange (Benedict Cumberbatch), Black Panther (Chadwick Boseman) and Spider-Man (Tom Holland), have to put their differences, the division of the team spurred from “Captain America: Civil War,”  aside and come together to stop Thanos. Additionally, the Avengers team up with the Guardians of the Galaxy, a group of good-guy misfits led by Star-Lord (Chris Pratt) and Gamora (Zoe Saldana).

Despite the vast abundance of characters, “Infinity War” is still able to provide solid character development and a plot that did not seem like a million puzzle pieces thrown together. Because many of the characters were already developed in other MCU films, a large proportion of the story focuses on Thanos and the justification of his quest.

Throughout the film, several characters, good and evil, are given similar ultimatums. In each scenario, the character must either sacrifice a friend or give up something that is crucial to Thanos’ mission for power. Thanos proves his evil, as he is the only character to pick the sacrifice route in order to gain possession of an Infinity Stone.

Within the two hour and 30 minute runtime, much of the film consists of action-heavy fight scenes. Unlike other movies in the MCU, there is rarely any downtime. This is perfect for many superhero fans, as viewers get to see all of their favorite heroes in action. In addition, the movie’s humor never ceases. Despite the burden of the task at hand, the Avengers always find a way to lighten the mood.

Over the MCU’s ten year existence, each movie has built up both the stage and anticipation for “Infinity War.” Marvel Studios has a lot of pressure on them to churn out outstanding movies, and they were able to do just that.

Many CHS students are dedicated fans of the MCU, including members of the Action Sci-fi Comics (ASC) club. The ASC has held several meetings to discuss the importance of the movie.

In most superhero movies, the good guys are able to save the day. “Infinity War’s” crazy ending raises many questions for what the next step will be for the MCU.