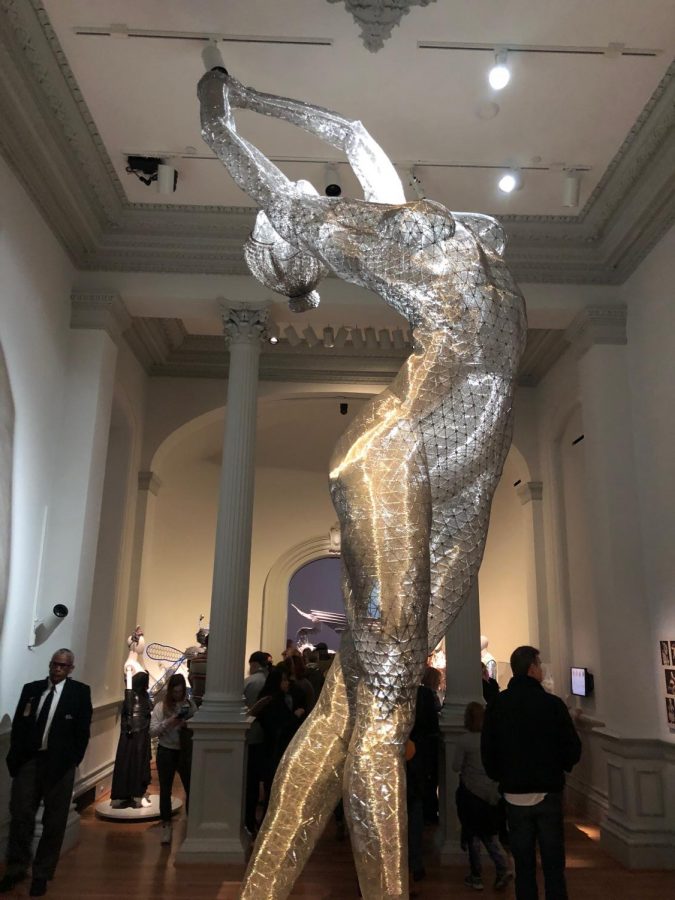 The Burning Man exhibits in the Renwick Museum in D.C. features many unique sculptures and creations.

By Rebecca Jackson and Becky Wolfson

With an incredible amount of museums within the D.C. metropolitan area, it only makes sense that CHS students take advantage of free and entertaining art exhibits.

Sculptures at the Burning Man Festival are hundreds of feet high, so miniature versions were made of certain pieces. The collaboration is between The Renwick Gallery of Smithsonian Art Museum and Golden Triangle Business Improvement District (BID).

“[The exhibit] was super cool,” senior Alexandra Tanner said. “The sculptures were huge and most of them weren’t roped off, so you could get super close to them.”

Six of the larger pieces extend into the Golden Triangle neighborhood, so that without even entering the museum, you can view art lining the sidewalks.

According to Tanner, she goes to D.C. museums every month or so and recommends the Hirshorn and the Modern Art at the National Gallery of Art.

“I definitely feel like I take advantage of the museums in the D.C. area, but I could go more often,” Tanner said. “There are a lot of cool exhibits that I don’t make it to but I wish I did.”

“The first sculpture was the coolest: it was a mini version of the Arc de Triomphe made of paper and covered in flowers,” Tanner said. “There was also a chalkboard wall that said ‘Before I Die’ and people wrote what they wanted to do before they passed away in different colored chalk on the wall.”

Only a few metro stops away, the National Gallery of Art is showing a collection of Sally Mann photographs entitled ‘A Thousand Crossings’ through May 28. Mann is an American photographer who notoriously photographs black-and-white images of her family and explores subjects, such as pastoral life and racial tension. The exhibit is organized in conjunction with the Peabody Essex Museum in Salem, MA.

“I read [Mann’s] memoir a few months back called ‘Hold Still,” senior Sara Weissel said. “Having read her memoir, which is not just about her, but also her family and the internal feelings , each had behind certain pictures. It was quite cool to see what she wrote so intensely about brought to life.”

The exhibit is organized into five sections: Family, The Land, Last Measure, Abide With Me, and What Remains.

“I really liked how she didn’t constrain herself to one type of photograph–the series did a fantastic job highlighting the progression of her work from intimate pictures of her family, to Southern landscapes, and back to her own surroundings,” senior Sara Weissel said.

The exhibit is organized in conjunction with the Peabody Essex Museum in Salem, MA.
According to Weissel, her favorite image was ‘The Last Time Emmett Modeled Nude’ and she thought the exhibit did a great job explaining the special processes Mann uses to create her photographs.

If you get a chance to go to D.C., take a walk in the Golden Triangle neighborhood or pop into the Renwick and the National Gallery of Art to supplement everything you learn in class at CHS (geometry, history, art) and have fun while doing it.