Taylor Swift returns to top of the music world 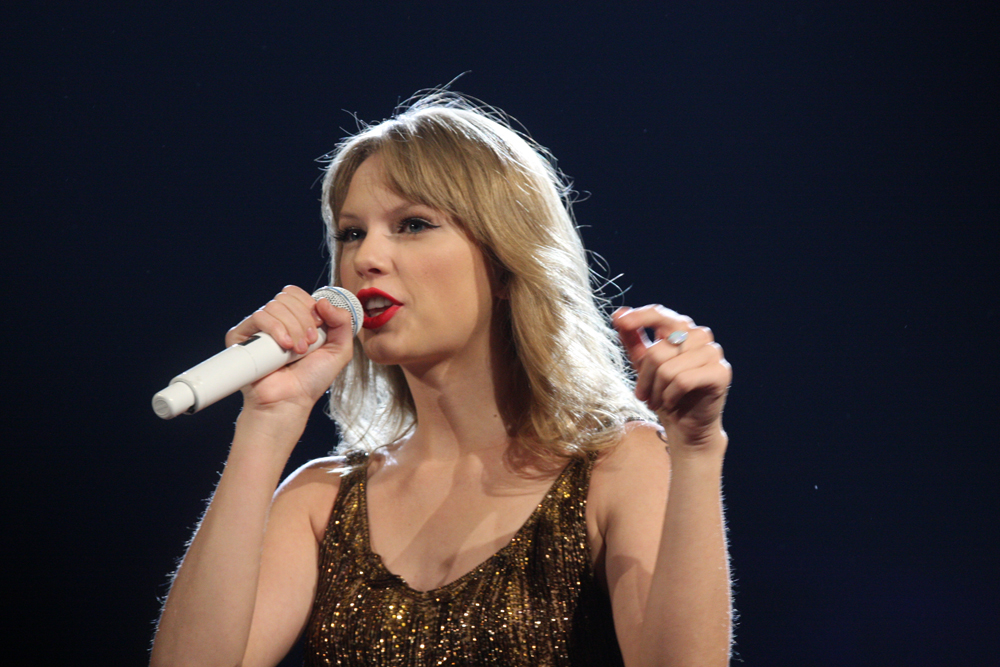 After taking an entire year off from all music-related activities, pop artist Taylor Swift is trying to make her way back to the top of the leaderboards.

Swift confirmed her next album “Reputation” Aug. 25 with the release of her hit single titled “Look What You Made Me Do”. The rest of the album is supposed to be released Nov. 10. Although the song has already surpassed many others this year, including “Despacito” by Luis Fonsi featuring Daddy Yankee, it provokes many unanswered questions.

Swift’s songs are usually melodic and tell a story. While this song also conveys a message through its lyrics, it isn’t one of her typical love stories and break-ups. Instead, Swift seems to be shedding light on her ongoing conflicts with fellow artists.

In the opening seconds of the song, it seems as if Swift has an ongoing feud with another party. The thought of her “calling somebody out” has many media outlets speculating who this other party is. Some have claimed she’s singing about rapper Kanye West, who interrupted her acceptance speech at the VMA’s in 2009. Other sources have said it’s directed towards fellow pop singer Katy Perry, with whom Swift has a feud dating back to 2013.

Swift makes her frustrations heard when she sings the lyrics, “I don’t like your perfect crime / How you laugh when you lie” She even pairs the line with a scene in the music video of her laying in a tub full of jewels, which has been seen as a shot directed towards West’s wife, Kim Kardashian.

Following the 2009 VMA’s, the Swift-vs-Perry conflict began in 2013 when both singers hired the same backup dancers. On her “Red” World Tour, Swift hired three dancers, led by Lockhart Brownlie, to dance while she sang on the stage. It was later revealed that Brownlie and the other two dancers had also performed on Perry’s “Prismatic” Tour, and that Swift allegedly stole the dancers from Perry, creating conflict between the two. Swift then used this incident as the basis for her song “Bad Blood.”

On her latest single, her choice in vocals and composition is somewhat questionable. Compared to some of her songs off of her 2008 “Fearless” album, like “You Belong With Me” or “Love Story,” those who started listening to Swift way before her conversion from country to pop may not even recognize her new single. Even songs like “Shake It Off”, which debuted from her 2014 album “1989,” cannot even compare to the song that currently sits atop of the Billboard Hot 100 list.

According to a 2017 CHS survey conducted with 30 students, 66 percent of those students did not approve of the new single and are not looking forward to the rest of the album.

After watching the music video for the very first time, I felt that Swift was trying to communicate a deeper message that was not about West or Perry. Towards the end of the song, she sings “I’m sorry, the old Taylor can’t come to the phone right now / Why? Oh ‘cause she’s dead”. After hearing this line, I immediately replayed that part to make sure I heard it correctly; It shockingly sounds like she wants to move on from her days of singing about break-ups.

Swift has a tendency to compose her songs about her relationships with celebrities, like Taylor Lautner, John Mayer and Harry Styles. For example, in the music video, Swift includes a clip of a tombstone with the name “Nils Sjoberg” written on it; it was a pseudonym she used when she co-wrote the song “This Is What You Came For” with ex-boyfriend Calvin Harris. The tombstone represents that she, Sjoberg, is dead, which then symbolizes how her relationship with Harris is dead as well.

“I think it’s very different and I am not a fan of some of the lyrics,” Physical Education teacher James Collins said. “My daughter said something about Taylor Swift killing herself and I didn’t understand until I listened to it.”