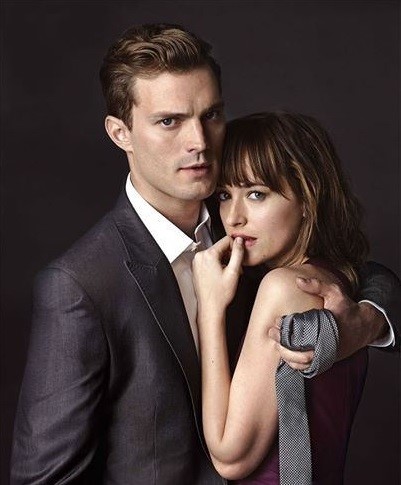 Originally a Twilight fan-fiction written by “Snowqueens Icedragons” (aka pre-E.L. James), Fifty Shades of Grey was not intended to be the massive hit it has become. Rather, it was a collection of the author’s fantasies, nothing more, nothing less.

Fortunately (or unfortunately?), the Fifty Shades of Grey trilogy was optioned for film in 2013. The first came out in 2015, and the second is currently in theaters. Like those of the books, the films have low ratings; however, both these books and films have become some of the most successful franchises ever.

But…why? How? Should we read them? Should we watch them? Being high school students with more than half the population under the age of 17, there shouldn’t be any reason to even pick up a copy of the books. Yet, here are three reasons why you may or may not want to take a look.

The Alpha Male. Lothario. Casanova. Womanizer. All the things that Christian Grey is, and all the things women want…right?

In the past several years, the number of books and films with an alpha male has soared. Take it from me, an 18-year-old high school student who has dedicated a sliver of her life to reading said books (no judgment).

According to lifestyle website, thoughtcatalog.com, the alpha male has been long regarded as a symbol of male attractiveness. In a wolf pack (where the term first comes from), alpha males are the strongest and most powerful of the group. They provide for their families, protect their homes, and are natural-born leaders.

Transfer that image onto Christian Grey. Topped with good looks, rippling muscles, a husky accent, and the financial stability from his multi-billion company, it’s no wonder that women find him attractive. In fact, they should. I do (sort of).

No, not the Disney character. Rather, Anastasia Steele. Fair-faced, blue-eyed, and virginity intact at 21, she’s the definition of purity and innocence. At least, to Christian.

Actually, this motif – delicate female, strong male – is a common motif everywhere: literature, films, even in real life. While it plays on typical gender stereotypes, there’s no doubt that with a guy as perfect as Grey and a girl as feminine as Anastasia that people don’t really care.

According to Psychology Today, Fifty Shades of Grey is a “playbook for manipulating women’s insecurities” and lure them into twisted relationships. Bummer.

Either way, Christian Grey is perfect. He’s got everything: he’s the modern version of the Renaissance Man. Anastasia Steele is perfectly imperfect: she’s a virgin, but she’s gorgeous and intelligent. Combine these two together and you got fire.

No matter if you’re a mother of four, working and single, or even just a stay-at-home something, there’s never enough hours in the day to do what you want, reading or otherwise.

Reading books lets you rewind after a long day, and reading books as steamy as Fifty Shades is hitting two birds with one stone.

With the films? Now it’s possible for guys to join in on the fun…right?
Whatever reason you choose, just know that millions of people have either read the books or watched the books or both. Admitting that they have is a different story, but just know that you aren’t alone. And you shouldn’t feel ashamed. At least, you should try not to.