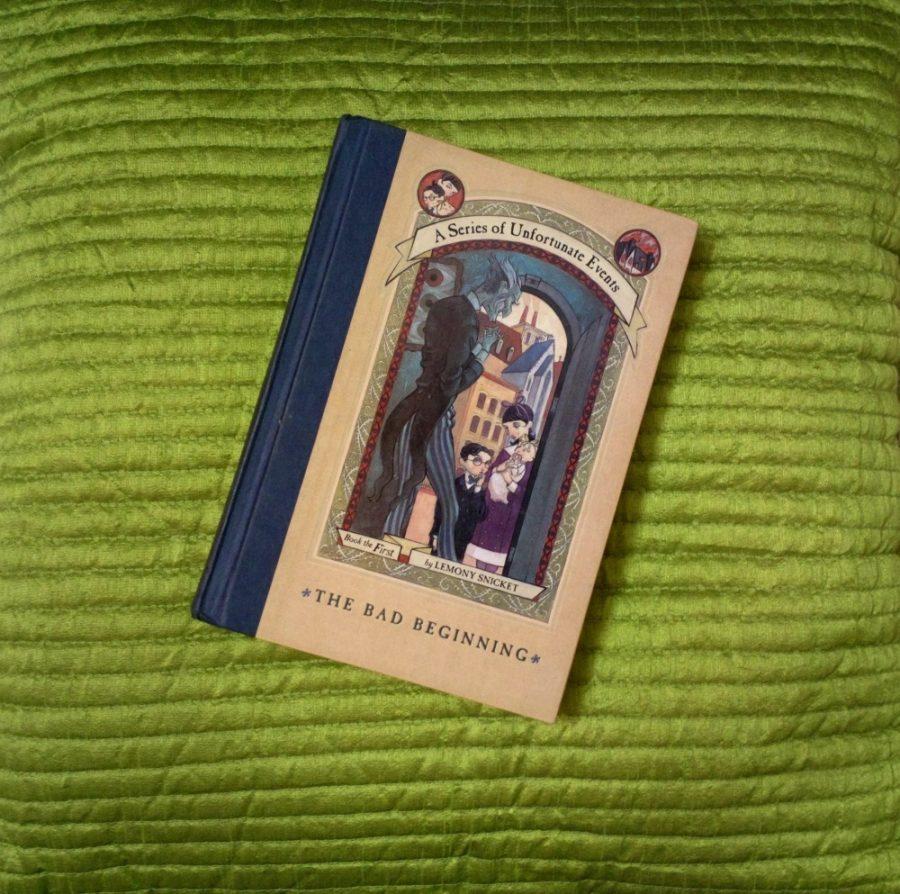 The new Netflix show “Series of Unfortunate Events” is based on the popular book series of the same name.

If you are looking for a new way to relieve stress after a tedious day of school, look no further than “A Series of Unfortunate Events,” the newest binge-worthy show on Netflix.
Jan. 13, “A Series of Unfortunate Events” arrived on Netflix. Based off of the well-known young adult book series by Daniel Handler under the pseudonym Lemony Snicket, the eight episodes follow the Baudelaire children: Violet, played by Malina Weissman, Klaus, played by Louis Hynes, and Sunny, played by Presley Smith, as they encounter one tragedy after another.
“[The show] follows the books very well though it sometimes goes overboard with its style,” senior Maxim Goohs said.
The story begins when the Baudelaire’s house is mysteriously destroyed in a fire, leaving them parentless and in the hands of clueless banker Mr. Poe, played by K. Todd Freeman. The children are then put into the hands of Count Olaf, played by Neil Patrick Harris, a mischievous actor determined to get his hands on the Baudelaire fortune.
The original 13 book series was published from Sep. 1999 to Oct. 2006. Each book focuses on the children’s many adventures as they escape from Count Olaf and live with countless strange relatives. Throughout the series, secrets and mysteries present themselves, including murder and secret codes, suggesting a secret organization whose purpose is never revealed. Snicket narrates the story and seems to have many secrets of his own, such as a connection to the Baudelaires.
The books were very popular around the time they were published. The first book in the series won awards such as the Colorado Children’s Book Award, an award created to encourage children’s involvement in reading, and the Nene Award, an award which promotes reading and the discussion of literature.
“I really liked the little clues the books had in them that alluded to the next book in the series,” Goohs said.
The show itself focuses on the first four books in the series. The plot strays from the books in order to keep viewers guessing what unfortunate twist the story will take next. Well-known actors make appearances in several episodes including Will Arnett and Joan Cusack as Father and Justice Strauss and Daniel Handler as a fishmonger.
“My favorite character is probably Count Olaf, just because I think he would be a difficult character to play and Harris does such a great job at him and all his disguises,” senior Jeremy Durman said.
The music in each episode aligns perfectly with the rise and fall of the show’s action. The music is goofy but haunting, flawlessly matching the dark humor of the show. The theme song, sung by Harris, foreshadows what is going to happen in each episode and changes every time.
According to a Jan. 19 Business Insider article, Netflix has not yet confirmed whether or not “A Series of Unfortunate Events” will have a second season, however Handler has begun writing it. Directors Barry Sonnenfeld and Harris are also in favor of one.
“I would definitely be down for second season,” Durman said. “The show draws you in and easily makes you want more.”