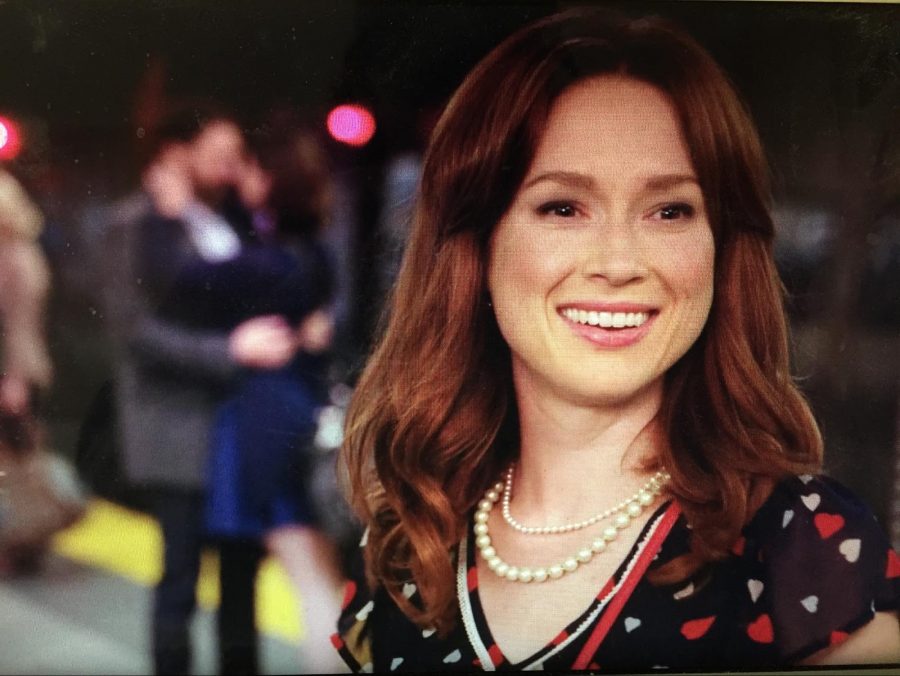 Ellie Kemper stars as Kimmy Schmidt in the second season of the Netflix original show.

The highly-anticipated return for the second season of Unbreakable Kimmy Schmidt finally arrived April 15 with our favorite quirky characters and jokes.

Season two jumps right into the hot mess of problems Kimmy (Ellie Kemper) and her friends deal with on a daily basis.

After spending a decent amount of time in the real world since her 15-year endeavor as a prisoner in a bunker, Kimmy is a little less naive compared to how she was in season one. However, Kimmy is still stuck in the ‘90’s culture and the constant jokes relating to how unknowledged she is about society are still prevalent.

In season one, the show had an over-arching plot where Kimmy testified against Reverend Wayne (Jon Hamm), the man who kidnapped her and four other girls and kept them in the bunker. However, season two does not seem to have a plan for a tightened plot, and instead the majority of episodes consist of random events occurring that have no real meaning in the following episodes. Usually unrelated series of events would not work for a traditional TV show, but since the premise and characters of this show are already eccentric, the mock plot somehow fits.

Returning characters include Titus (Tituss Burgess), a flamboyant gay man who is obsessed with Broadway theatre. One of the most intriguing episodes in season two is episode five, in which Titus belts out some of his favorites songs from different musicals to portray his current feelings about his life.

Jacqueline White (Jane Krakowski) also returns to flawlessly play Kimmy’s failed socialite of a boss. Although the storyline in the first episode of Jacqueline returning to her Native American roots ended up serving no purpose, the following adventures Jacqueline experiences as a divorced woman desperately trying to still fit into the elite, New Yorker status is one of the most entertaining segments of the show.

In a nutshell, season two is full of one-liners that tend to be a hit or miss, but are fortunately almost always hits. It’s a great show to spontaneously watch for a superb laugh or for cheering up, but to actually binge-watch the show and become a dedicated fan is an acquired taste that not everybody can stomach.

This show has a lot of potential and I am expecting it to get renewed for another season. I am excited to hopefully be able to watch more of the ridiculous lives of Kimmy and her friends in the near future.