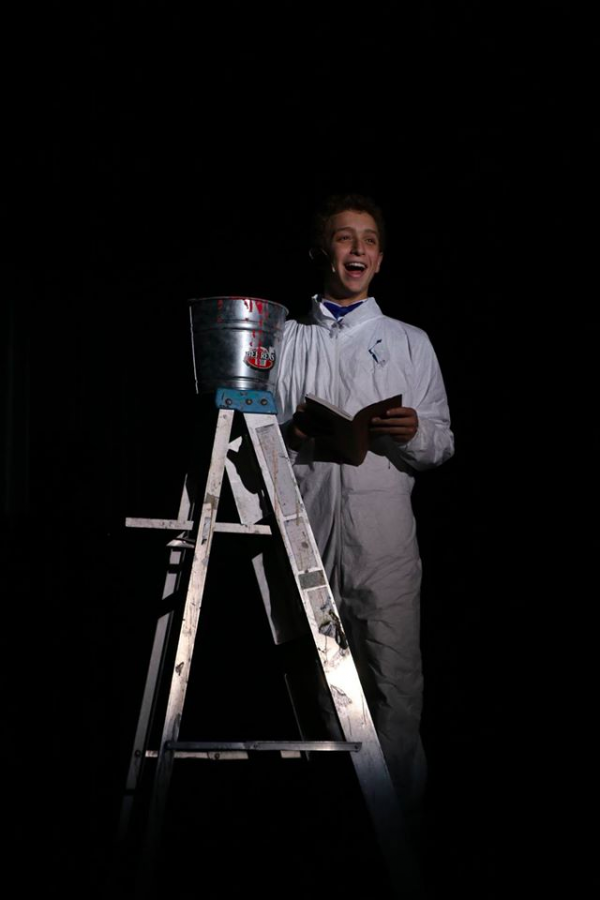 Sophomore Ethan Miller was nominated for the Helen Hayes Award for his work in The Turn of the Screw. He has been acting since he was 6 years old and has performed in many professional theater productions.

Sophomore Ethan Miller has had his talent validated with his nomination for the Helen Hayes Award for Outstanding Supporting Actor in a Musical Production.

The Helen Hayes Award, named after famed actress Helen Hayes, has recognized excellence in professional theater in the Washington, D.C. area since 1983.

“I was dumbfounded when I found out,” Miller said. “It’s a pretty big deal, at least for me.”

The show for which he was nominated, The Turn of The Screw, is an original show written and directed by Matt Connor and Gregory Smith. The show is based on Victorian writer Henry James’ gothic novella of the same name. Miller played Miles, a recently orphaned, wealthy child who lives with his careless uncle.

“The Turn of the Screw is an intense and unique piece of musical theater,” Miller’s vocal coach Susan Derry said.

According to Derry, who acted alongside Miller in the show, the six-person cast had to work closely with one another and there had to be absolute trust as the subject matter was incredibly difficult to handle, especially for a young person. Miller made his performance look easy because he was committed to telling the story of the show to the best of his abilities.

For Miller, the road to this nomination has been a long one, with many twists and turns.

According to Ethan’s mother Jennifer Miller, Ethan’s love for music began at the age of 2 when he was given a guitar and created his own songs.

While Miller began acting at the tender age of 6 when his mom enrolled him in an acting, singing and dancing class, his first role in a production was not until third grade at Beverly Farms Elementary School. The Washington Opera Center worked with the third grade students to write and produce their own original show, the Endangered Ranger. Miller’s next production was Oliver with his temple, Har Shalom, at the age of 9.

Miller first acted professionally in Gypsy at Signature Theatre in 2014.

“In a professional show, there’s going to be a friendly environment, but it’s way more work focused,” Miller said.

Balancing school and theater can be difficult at times, but Miller has done it for years.

According to Miller, who sometimes partakes in multiple productions at one time, he intertwines school into everything that he does. He will do his homework on his way to rehearsal, at rehearsal and study as much as he can at home.

“He’s developed a strong work ethic,” Jennifer said. “It takes a lot of work to be involved in a show.”

While he participates in productions outside of school, Miller is also an active member of the CHS theater program. He was most recently in CHS’ production of How To Succeed In Business Without Really Trying as the leading role, J. Pierrepont Finch. Senior Natalie Hwang played Finch’s romantic interest, Rosemarie Pilkington.

“It’s pretty obvious when you see [Miller] act that he has talent and that this is something he’s done professionally,” Hwang said. “I thought that in How to Succeed he did a really amazing job of creating a bit of a ridiculous character that was still believable and not go too over the top.”

“Theater has allowed Ethan to grow as a person,” Jennifer said. “His ability to work with different people, from professional adults to children, his self confidence and his maturity have all grown exponentially because of his involvement in theater.”

While Miller is enjoying his time in theater now, he hopes to develop a career in theatrical acting in the future.