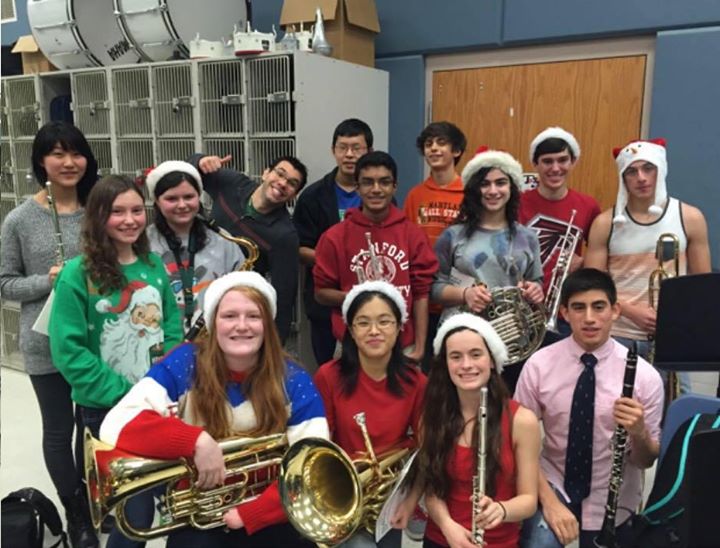 Band members participate in the yearly winter tradition of caroling around school during the last day before winter break.

Right before students and staff leave for winter break, on Dec. 23, students from CHS band will spread the holiday cheer by caroling around the school during lunch and afternoon classes.

The caroling tradition began three years ago and has been kept alive by students. When she was a freshmen, current senior Samantha Locraft asked her friends to join her in caroling and it has been a tradition ever since.

According to Locraft, the purpose of the caroling is “to spread joy, make people smile, and have fun on the last day of school before winter break.”

The songs will include variety of classics including “Jingle Bells” and “Deck the Halls.”

According to senior Emily Thomas, they mainly play what they feel people will enjoy instead of planning it all ahead of time.

“We are definitely going to try to include more holiday season songs rather than just Christmas songs so everyone feels included,” Thomas said.
These students aim to bring lightness into what may be a dark time for some people.

“We feel that it is especially important to spread happiness in these troubled times,” Locraft said.