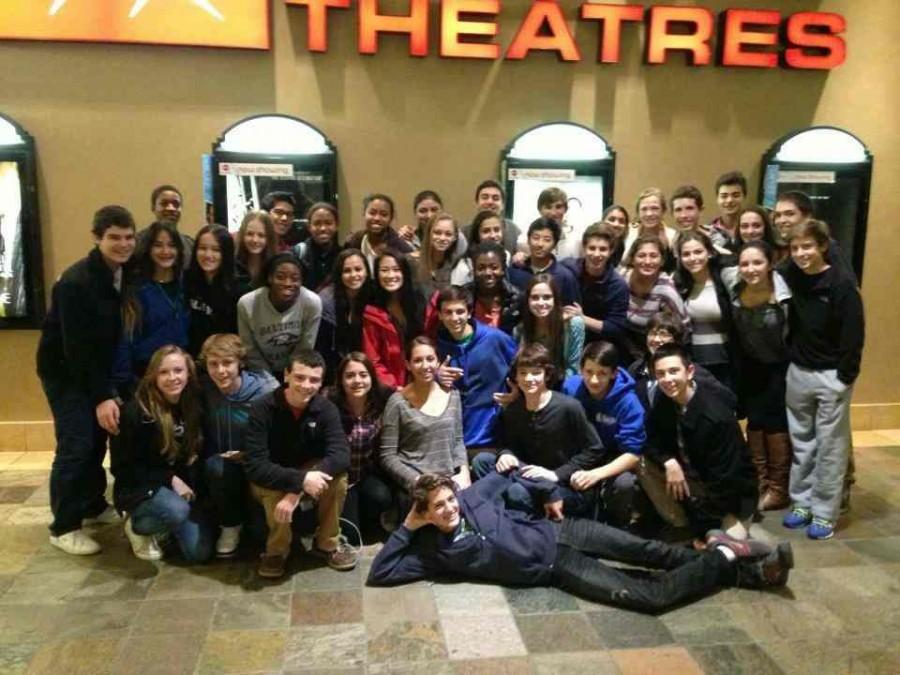 A group of CHS students saw every Hunger Games Premiere together.

By Arielle Gordon and Emily Wang

The Hunger Games was the first of the dystopia series to become widely popular. In a sense, it defined and set a precedent for novels such as Divergent and Maze Runner, which also became major motion pictures. Mockingjay: Part 2 will be the final act in a series that has shaped young adult literature and movies into what they are today.

“I think a big part of what’s interesting about the movie is that it’s very original,” junior Angelique Nagovskaya said. “When you see a movie you want to be transported to that world and leave still feeling touched by it.”

The main character, Katniss Everdeen, has become a positive role model for young girls ever since the first book The Hunger Games was published in 2008.

According to an August 2015 article from The Huffington Post, Katniss Everdeen is a good role model for young girls because she perseveres through difficult times and is comfortable with making her physical presence felt while being with others.

Mockingjay: Part 2 is not only appealing to young girls, however. The official trailer has been viewed over 15 million times since its release in July, spanning across all ages and genders.

With so many loose ends to tie up: the Capital to destroy and Katniss’s relationship problems to solve, Mockingjay: Part 2 has to neatly finish the trilogy.

“I’m most excited to see them wrap up the story in a clean and interesting way,” junior Maxim Goohs said.

As always, there is debate over whether the movie follows the book canon and pays proper homage to the text. So far, the movies have managed to adhere to the book and maintain an accurate plotline.

“I think that the books and the movies are very similar and they did a great job putting them together,” Nagovskaya said.

In addition to the book versus movie debate, some students wonder if splitting books into two movies is always worth it because the split movies do not have the same impact, meaning that it takes longer to wrap up the story and leaves audiences waiting even longer.

“I think the whole idea of splitting movies is really a bad thing that we fall victim to,” Goohs said. “It is just a way to bloat movies to make more money though the quality may be harmed.”

While everyone is excited to see the new movie, there is a feeling of finality and closure associated too.

“It’s kind of saddening to see it end, but it’s almost fitting that the final movie comes out my final year of high school,” senior Katie Wright said. “It’s like we are both moving on.”