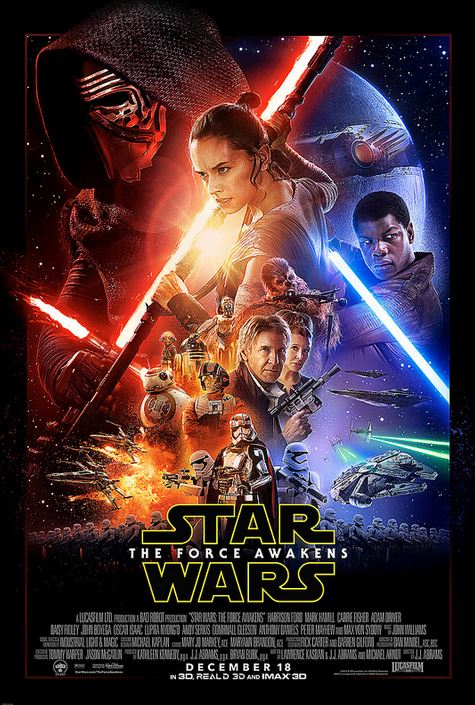 This Dec. 18, the movie franchise that has defined the childhood of millions makes its return to the big screen.

The Force Awakens will be the seventh installment in the Star Wars series, set 30 years after the events of the original trilogy of movies. The film will follow a new set of characters who includes Finn (John Boyega, Attack the Block), Rey (Daisy Ridley, The Inbetweeners 2) and Poe Dameron (Oscar Isaac, Inside Llewyn Davis and A Most Violent Year) as well as familiar faces such as Han Solo (Harrison Ford) and Princess Leia Organa (Carrie Fisher). CHS students are delighted to see the return of the franchise.

Although three trailers have been released to help build hype for the movie, little of the plot has actually been revealed. Fan favorite character Luke Skywalker (Mark Hamill, Batman) has yet to make an appearance in trailers despite confirmation of being in the film.

“The lack of plot information adds suspense,” junior Grant Dong said. “I just hope it is as good as I think it’s going to be. It would be a real bummer if it doesn’t follow up.”

With The Force Awakens, the Stars Wars franchise harkens back to the original trilogy with its casting of relatively unknown actors and actresses in lead roles. The film will be the first high-profile role in a major motion picture for both Ridley and Boyega, who play the central protagonists.

“Having new people cast into roles isn’t necessarily a bad thing,” Dong said. “Considering that this is kind of a big deal, I trust that they picked good actors.”

Interestingly, the film’s antagonists are not part of the Sith, the entity that has functioned as the overarching enemy throughout all of the franchise’s past installments. Instead, villains such as Kylo Ren (Adam Driver, Lincoln) and Supreme Leader Snoke (Andy Serkis, The Lord of the Rings and Planet of the Apes) are of a different dark group known as the First Order, which opposes the protagonists.

Ultimately, fans will have to wait and see if The Force Awakens lives up to expectations. Until then, the hype will continue to build.

“I couldn’t be happier that another trilogy is coming out,” senior Alex Zarynow said. “I will definitely be there opening night.”