Theater department under new management as Ratz takes the stage 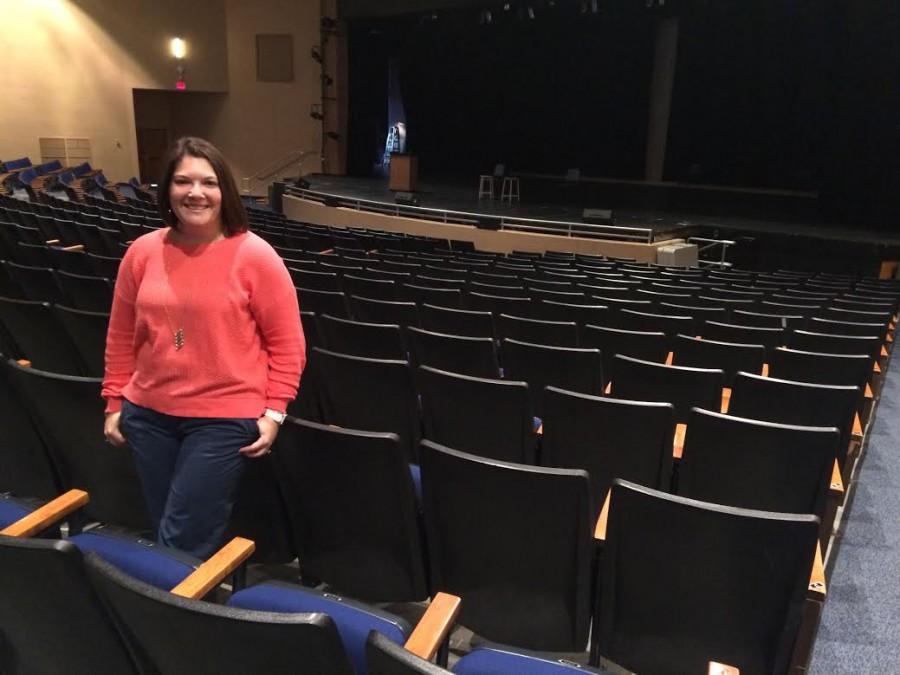 Naomi Ratz, former English teacher and current Yearbook advisor, has big plans and high expectations for the theater department as she takes over as theater director this year.

Ratz has graduate degrees in both English Education and Theater Education, and has always dreamed about becoming a theater teacher. This year, her wish became a reality.

Ratz’s first order of business was to get the word out through posters and announcements to incoming freshman about theater opportunities.

Upcoming events for the year will include a fall musical, a winter play, One Acts during the annual Festival of the Arts, and Blast. Ratz also hopes to bring in Broadway performers and television actors to schools for Q&A sessions and performances through the “Art Speaks” program.

With 50 people signed up for auditions for the Fall musical, How to Succeed in Business Without Really Trying, Ratz had to extend tryout days so all potential performers could audition. The musical, a satire on office politics, will run at 7:30 p.m. Nov 13,14, 20 and 21.

Drama club vice president and junior Taira Dolan credits audition numbers to the increased promotion through posters around the school and Daily Dose announcements, along with the fact that many freshmen auditioned, “widening the talent pool.”

One of those freshmen is Josie Bourelly, who will play Smitty in this year’s musical.

“I had always been a fan of Churchill shows and how they were performed in such a way that you would forget it was high schoolers up on that stage,” Bourelly said. “I am so excited to be working with all different types of people who have different training and learning from them.”

How to Succeed was the show Ratz was in as a senior at CESJDS, so it still holds a special place in her heart.

“I always knew that when I got the opportunity, How to Succeed would be the first show I ever directed,” Ratz said.

Ratz’s goal for this year’s shows is to “make a presence in the community by expanding outreach into the elementary and middle schools.”

She plans on bringing back teasers, open dress rehearsals for elementary and middle-schoolers to attend, and broadening the theater department to include multi­level theater classes, allowing students to continue to enhance their theater education throughout their time at CHS.

Besides performing in the shows, students can involve themselves with the productions through off-stage roles including set builders, costume designers, makeup artists, lighting teams, and even those interested in marketing.

Students interested in roles other than performing should contact Ratz by email or in room 228 for more information on how to get involved.

“Come and support your friends,” Ratz said. “Come and see it and give them their props.”