Fifty Shades of Grey drops after a successful opening weekend 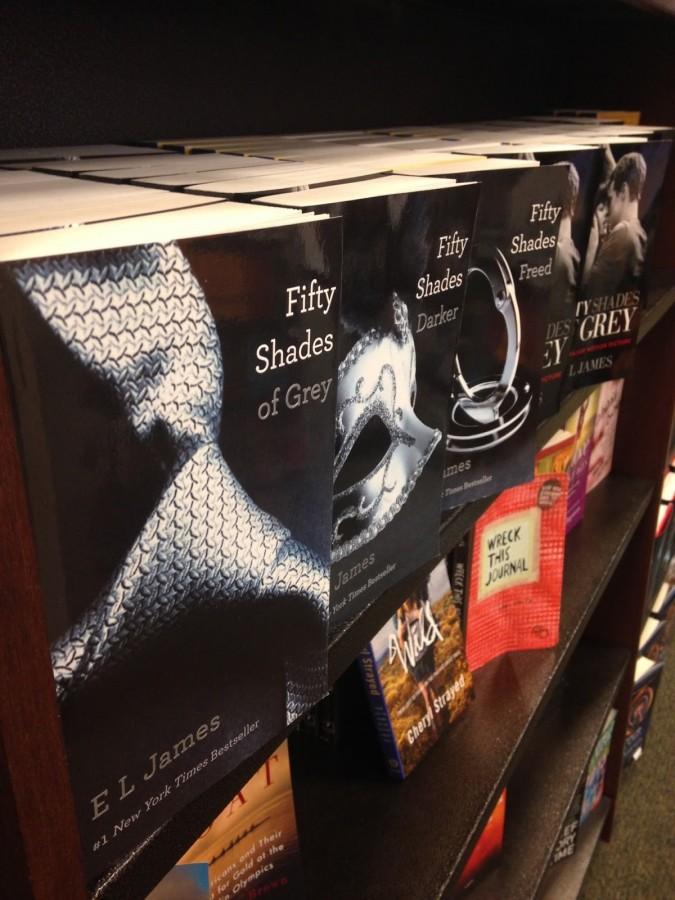 The blindfold is off. Fifty Shades of Grey has fallen from grace.

The controversial film based off of E.L. James’ bestselling novel opened Feb. 13, earning $94,395,000 in the US and the top box office spot. Starring Jamie Dornan (Once Upon a Time) and Dakota Johnson (21 Jump Street), the steamy screen adaptation was highly anticipated, paving the way for a smashing success.

It didn’t hurt that it was released over Valentine’s Day Weekend. People flocked to the R-rated film over the holiday weekend, ranging from curious teens to rabid fans to confused elderly couples who thought they were walking in to see the most romantic movie of the year.

According to Variety, an entertainment review magazine, the movie set new records for the “highest-grossing Presidents Day holiday opener of all time.”

Then things went south. During its second weekend in theatres, the film’s earnings dropped dramatically.

According to the Huffington Post, Fifty Shades earnings plunged over 73 percent, ending up with $23.2 million at the end of its second week.

Despite the steep dive from its original $94.4 million opening, the hotly debated movie still dominates the box office, beating out new releases Kingsman: The Secret Service, The Spongebob Movie and even Academy-nominated Imitation Game and Oscar-nominee American Sniper.

Have your eyebrows gone up yet?

Still, there is the mystery as to why such an anticipated franchise has fallen flat. Criticisms range from failure to meet explicit expectations to a lack of chemistry between the actors.

According to the Hollywood Reporter, an entertainment news magazine, the movie takes far too long to build up to the “smutty bits,” which end up being disappointing and “devoid of tension” anyway.

For a book famed for its edgy nature, the absence of thrill may be the film’s downfall. The film strayed a bit from its inspiration in other ways, including a less aggressive Grey and more assertive Ana.

“Dornan was a lot less mean than book Christian,” senior Avinaash Sandhu said. “Same for Dakota Johnson. I personally thought that she was much stronger than book Ana, which was a welcome change.”

Though some fans enjoyed those subtle shifts in plot, the fact remains that the movie didn’t match up with the book in many ways. While the book-to-movie process is usually met with disappointment, tension between E.L. James and film director Sam Taylor-Johnson (Nowhere Boy) could have contributed to unexpected changes in the screen adaptation.

“It was difficult, I’m not going to lie,” Taylor-Johnson said in a Feb. 24 article on daily newspaper Chicago Sun Times.

But for the most part, the real reason why 50 Shades has fallen is unknown. What is known is that the movie has raised quite a ruckus, resulting in widespread rumors about its future.

For a few days, the biggest rumor was that Jamie Dornan would not be returning to the film’s sequels at his wife’s request.

“Even though everyone’s personal lives are their own matter, it’s a bit odd for his wife to voice protest because he is an actor,” Sandhu said.  “It’s kind of his job.”

The rumors were quickly squashed when the actor released a statement saying that he would be continuing with the project.

According to Dornan’s representative, the actor is more than satisfied with the film’s current success and looks forward to working on the sequels.

But there is controversy on much deeper levels than casting. Over the past week, Twitter exploded with scathing criticisms of the film’s subject, labeling the book and its adaptation shameful and a glorification of abuse.

According to Twitter, many Tweeters have expressed their desire to ban the movie, calling it “about an abusive man who got away” and “disgusting.”

Incidents such as the Feb. 21 rape of a college student whose classmate beat her with belts and raped her reinforce anti-50 Shades feelings.

According to a Feb. 23 Washington Post article, the alleged rapist claimed he was reenacting 50 Shades of Grey.

On that note, it may be clear why Fifty Shades is losing its control over viewers. For one, it’s not what it cracked up to be. The same old feeling that the book is always better than the movie continues to hold true. But more importantly, people are interpreting the movie’s concept as abusive and degrading. Though it may not be the film’s intent, it’s essential that it stay far away from promoting abuse.

“While it is always important to err on the side of caution, anything can go too far even if the material doesn’t suggest so,” Sandhu said. “I hope the movie doesn’t make any mistake of encouraging even vaguely abusive behavior.”

Despite the criticism, the film expects to continue with its unprecedented success.

According to IMDb, Fifty Shades of Grey is slated to earn over $500 million.