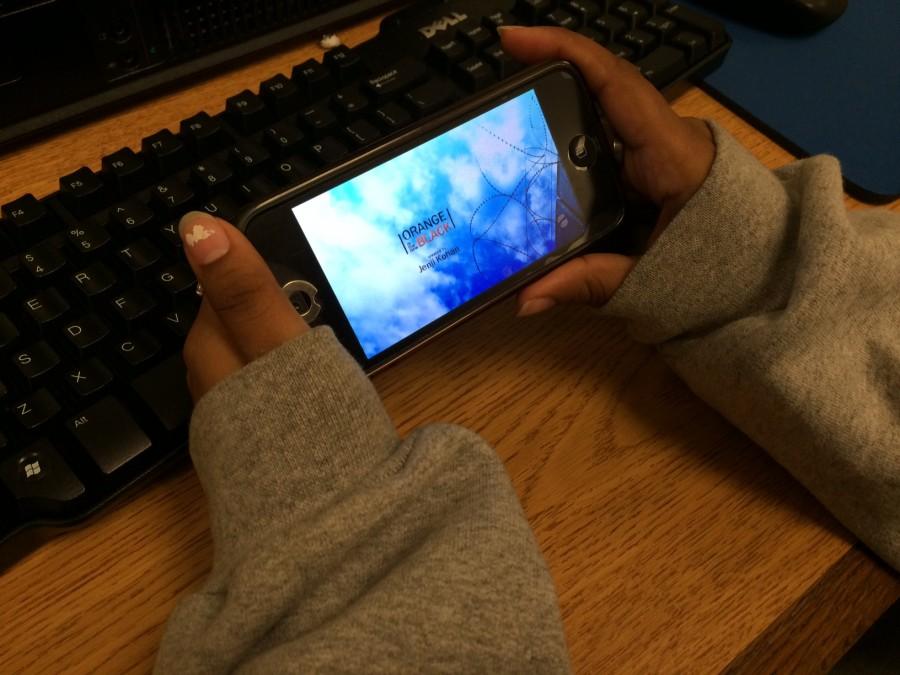 Whether you’re at home in bed, sitting on the couch or on the go, you can always find a way to enjoy your favorite shows on Netflix. Recently, one of the site’s newer shows seems to be drawing everyone’s attention.

Orange Is the New Black, first released on Netflix July 11, 2013, is an American comedy-drama series created by Jenji Kohan. It revolves around Piper Chapman (Taylor Schilling, The Lucky One), who is sentenced to 15 months in prison for being caught transporting money for her drug-dealing ex-girlfriend, Alex Vause (Laura Prepon, That 70’s Show), who also ends up in the same prison.

“I love the show,” junior Alauni Greig said. “My favorite part would have to be the relationship between Crazy Eyes (Uzo Aduba, Blue Bloods) and Piper Chapman because Crazy Eyes is by far my favorite character.”

Season Two will be released on Netflix June 6.  Avid watchers are excited to see what comes next after the big cliffhanger at the end of season one.

“I’m most excited to see what happens to Piper after what happened in the season finale with Pennsatucky (Taryn Manning, 8 Mile) and to see if she’s going to have more time added to her sentence,” Greig said.

Netflix has already ordered the show for a third season, despite the fact that Season Two has not yet been released.

“I’m not surprised season three has been ordered because the show got a ton of really good reactions right when the first season came out,” senior Brittany Davis said.

Students look forward to future airings of Orange is the New Black.

“I know that once the second season comes out, I’m going to finish it within 24 hours just like I did for season one,” Greig said. “I’m going to be so excited and I’m going to feel the same way about the third season because I’ll have something to look forward to.”