Student filmmaker aspires to make it to big screen 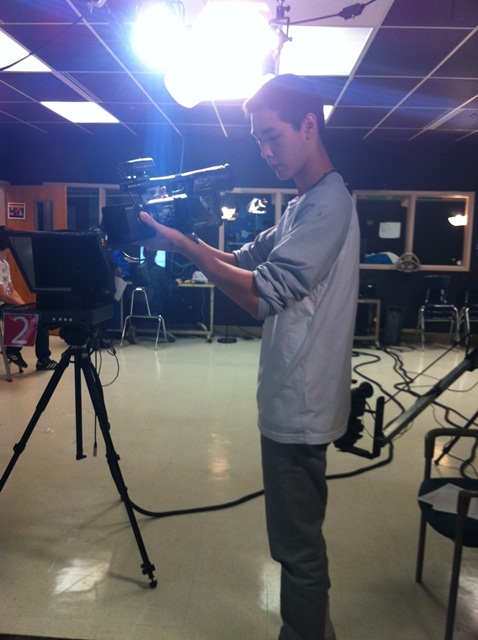 Chris Welch still remembers when his son Danny was in elementary school and would create comic strips using stick figures. He would draw his characters in battles or humorous situations and would even sell his drawings to his classmates.

Today, Danny still loves telling stories, but has now taken his tales to the big screen.

Senior Danny Welch has made a career of directing and filmmaking. He is most commonly known for his work on The Daily Dose, CHS’ daily news show and for his two short films, Cliffhanger and Abeyance. While being skilled with a camera, he had a rather humble start in filmmaking.

“It was eighth grade and my friend introduced me to a simple editing program, and we used my mom’s camera,” Danny said. “I wasn’t that interested at first and made videos as a hobby. Once I got into high school, I saw how cool it was.”

According to Chris, many of Danny’s first videos depicted comical situations between him and his younger brother, Andrew Welch, an eighth grader at Hoover Middle School.

“I just have all these ideas and I don’t know how to express it,” Danny said. “Filming is a way of telling a story without it being boring.”

For his film Abeyance, co-written by senior A.J. Coleman, Welch enlisted the help of several CHS student actors and security guard Jeff McGowan. In the action movie, ’13 alumnus Alex Bankier plays a teenager who has the ability to stop time, and is being hunted down by McGowan’s character, Mr. Boswell.

“The most interesting thing was how skilled the students were at a craft that’s not common amongst most people,” McGowan said.

While Danny creates a general script for his actors, he encourages open dialogue, input and improvisation amongst the actors.

Senior Tali Preuss, who also played a role in Abeyance, felt that, as a director, Danny was able to evoke true emotion from his actors.

“He really knows how to get people to get into their role and how to get them to portray what he wants,” Preuss said.

“All the schools I’m applying to have a film program,” Danny said. “Obviously,  a school in California would have the best connections because of Hollywood. Honestly, I’m happy with any school as long as I can study film.”

Chris anticipates that Danny will be able to pursue his passion as a career and continue to tell his stories.

“My hope is that he can find a way that he can turn what he loves and what excites him into a fulfilling and productive career that leaves a legacy that people will want to watch and will learn from,” Chris said.