‘Spring Breakers’ has viewers springing for the door 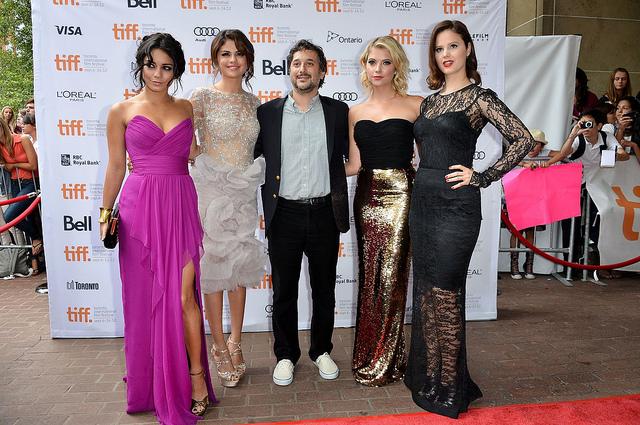 The movie attempts to be an artsy version of Project X, as the characters try to create meaning and emotion while doing drugs. One example is when Faith believes that she can find herself through snorting cocaine, an idea that adds on to an unrealistic and ridiculous plot.

Brit and Candy then prove themselves to be completely psychopathic when they take pleasure in killing people for Alien. Instead of creating relatable characters that embody the everyday lives of teenagers, Benson and Hudgens portray mentally unstable lunatics.

While Franco should be applauded for acting diligently as Alien, his character is creepy and creates widespread discomfort amongst audiences. Viewers shutter and feel ill, especially when Alien makes eerie rhymes or kisses his gun.

The worst part of the film is seeing Disney stars Hudgens and Gomez attempt to leave their innocent reputations behind and move on into more scandalous roles. When Hudgens tries to appear sexual with Alien, all the audience saw was Gabriella cheating on Troy.

Although Korine fails in multiple areas, the cinematography successfully captures the drug-induced ecstasy the girls experience during their spring break. Scenes are occasionally filmed in a documentary style while other takes appear raw.

While Korine attempted to create a meaningful film, it is nearly impossible to associate emotion with crack and heroin. As a result, the plot was poor and the characters unrelatable. After seeing the film, it is recommended that you wash your eyes and erase your mind of the foul scenes that make up Spring Breakers.