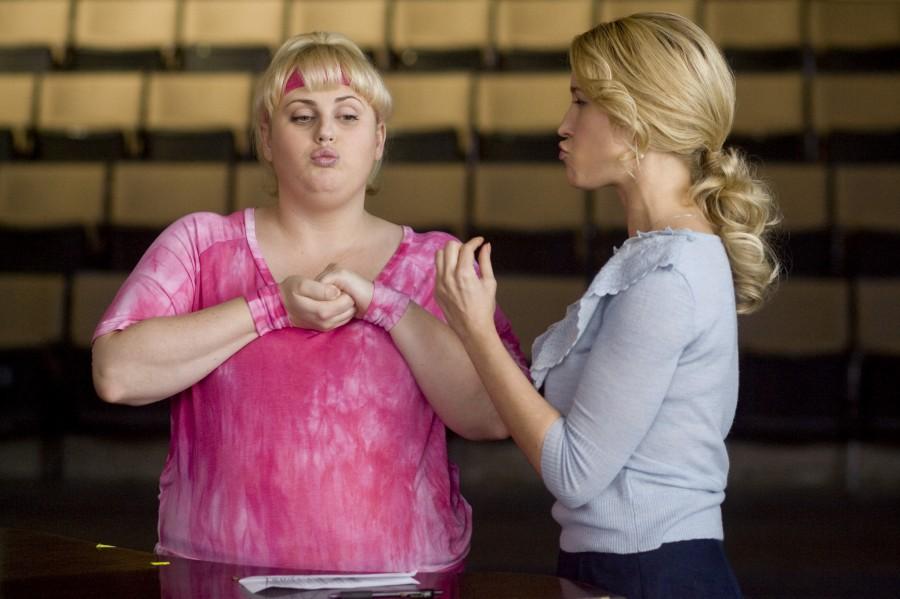 Glee. High School Musical. Raise Your Voice. Just when you thought you couldn’t possibly stomach another TV show or movie about singing, the witty and hilarious Pitch Perfect hit theaters Oct. 5 and won audiences over.

The movie focuses on Beca (Anna Kendrick, 50/50), a Barden University freshman whose father forces her to attend college for at least a year before letting Beca move to Los Angeles to pursue her dreams of becoming a DJ and music producer. In order to continue her interest in music, she reluctantly joins Barden’s all-girls a cappella group, the Barden Bellas, who are trying to recover from an embarrassing loss at the previous year’s national a cappella competition. The movie follows Beca and her fellow Bellas on their quest for the national title.

Though the plotline and ending may seem a little familiar, ironically contrasting with Beca’s dislike for movies because the endings are too predictable, the actors rarely take themselves too seriously which makes for an entertaining movie, instead of coming off as a cheesy comedy. Music lovers will appreciate the well-executed and creative mash-ups throughout the movie, as well as Kendrick’s live performances.

Kendrick proves to be a solid leading actress by successfully portraying Beca’s insecure yet rebellious attitude. The movie also benefits from a strong supporting cast, featuring relative Hollywood unknowns such as Rebel Wilson (The Bachelorette), who plays Fat Amy, and Adam DeVine (Workaholics) as Bumper.

Wilson’s acting chops and musical talent are showcased in every scene she is in, repeatedly stealing the spotlight with her perfectly executed, hilarious one-liners. DeVine, who plays the leader of the Bellas’ rival a cappella group, effectively depicts the typical obnoxious character viewers will want to hate while appreciating his talent.

Similar to how Mean Girls (2004) benefits from comedienne Tina Fey’s sharp-witted script, much of Pitch Perfect’s appeal is thanks to 30 Rock writer Kay Cannon’s clever screenplay. Deadpan humor, stereotypical jokes, sarcasm and awkward moments are expertly woven into the movie.

Though some of the language may seem slightly crass to particularly younger viewers, it’s a relatively accurate depiction of how teens converse, adding to the relatable aspect of the movie. The diversity in characters’ personalities and appearances also helps viewers connect, reinforcing the idea that the movie is not shallow or one-dimensional despite its lighthearted feel.

While Pitch Perfect does not make any profound statements about the human race, the movie proves to be a refreshing take on the overdone musical comedy. Glee fans who have tired of the show’s stagnant plotlines may find solace in this movie, and teens who are looking for an entertaining movie with quality music performances may enjoy it as well.