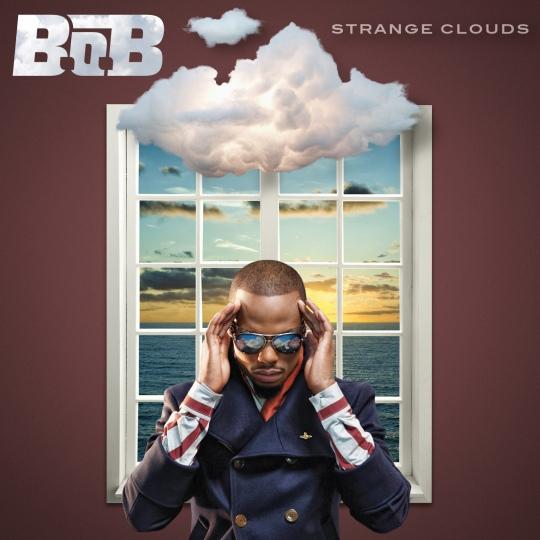 When The Adventures of Bobby Ray hit the market two years ago, it launched the career of Atlanta-based rapper B.o.B. With his sophomore album, Strange Clouds, released May 1, B.o.B proves he deserves to be called one of the top artists in the hip-hop music industry.

With Strange Clouds’ mix of inspiring lyrics and catchy beats, it’s on its way way to becoming one of the top selling albums of the year.

All songs on the album have different themes. The blend of fast, upbeat tracks with slower inspirational songs provide the album with the perfect balance to appeal to a variety of audiences.

Strange Clouds starts off with “Bombs Away,” a slower paced song with narration by Morgan Freeman. This track is mainly about making sacrifices to reach success and embracing triumph once it is reached. Freeman’s voice adds a level of completeness to the song, making “Bombs Away” one of the most memorable tracks on the album.

The album switches gears in “Ray Bands,” in which B.o.B channels his inner thoughts and feelings in an ode to the carefree life of fame and an insult to the women interested only in money and tabloids.

The next three tracks, “So Hard to Breath,” “Both of Us,” featuring Taylor Swift and “Strange Clouds,” featuring Lil Wayne, all revert to the slow, melodic tracks B.o.B became famous for. The presence of Taylor Swift will push “Both of Us” to be a strong candidate for a Top 40 song.

The rest of the album is a mix between faster and slower rhythm songs, with newly released fast-paced single “So Good” leading the charge. Strange Clouds ends with a heartfelt and emotional song “Where are You (B.o.B vs. Bobby Ray)” in which the rapper struggles to find his identity as a musician. The passion and emotion found in the track remind listeners of rapper Eminem’s hit “Stan” in which he told the story of an obsessive fan.

Overall, Strange Clouds is a great sophomore album to an impressive debut by B.o.B. Even those who are not fans of the hip-hop genre will find something to love in Strange Clouds.