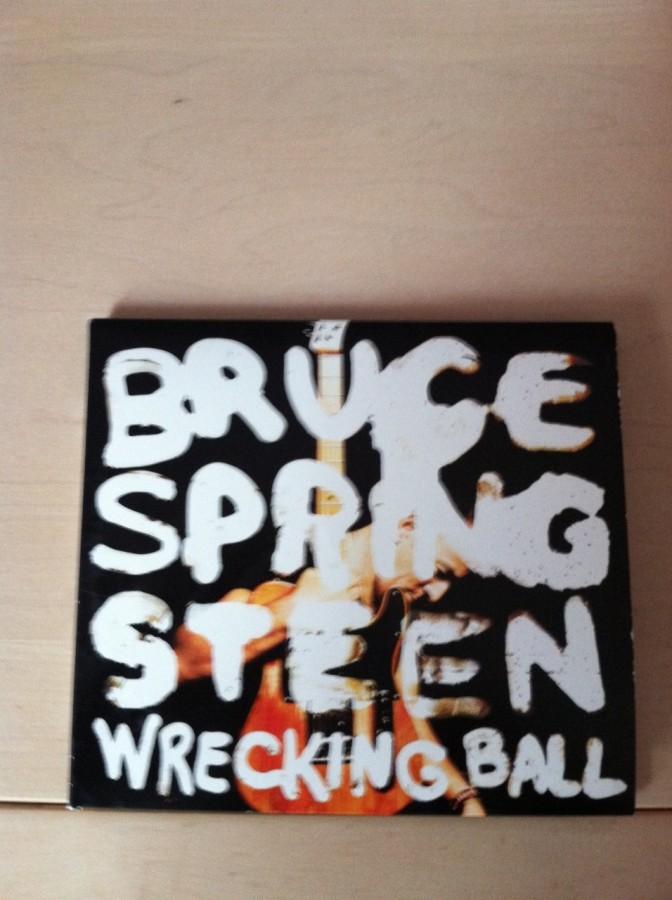 After almost 50 years of being a musician, Bruce Springsteen, otherwise known as “The Boss,” has produced his seventeenth studio album, Wrecking Ball.

This is Springsteen and the E Street Band’s first album without lead saxophonist Clarence Clemons, otherwise known as “The Big Man.” Clemons passed away this past summer and left fans worried that Springsteen’s albums would no longer contain the energy that started his career. Unfortunately, Wrecking Ball confirms these speculations.

The song “We Are Alive” has a soulful, motown sound that eventually leads into a country twang. The chorus of guitars in the beginning shows promise, but as soon as the banjo breaks out, it begins to sound like “Zippity Do Da” at Disney World’s Splash Mountain.

“Land of Hopes and Dreams” is one of Springsteen’s older songs thrown onto this album. It provides a brief recovery from The Boss’ new sounds and gives off the illusion that Wrecking Ball will be as enjoyable as Springsteen’s past albums.

This dream is then abolished when “Rocky Ground” plays. “Rocky Ground” is the most frightening and strange song on the album. It starts off with someone screaming, with a choir in the background singing, “We’ve been on the rocky road.” Then Springsteen’s rumbling voice is placed into the choir and creates an awkward and tortuous noise that makes it impossible not to grab a pair of earplugs.

After “Rocky Road,” Springsteen presents two songs that are tolerable. “You’ve Got It” and “Wrecking Ball” both start out slow but end up being more upbeat than previous records. While the lyrics in both songs are monotonous, the vigorous guitar solos make up for it.

In the middle of the album, Wrecking Ball morphs into darker sounds and lyrics with “This Depression” and “Death to My Hometown.” “This Depression” contains a mesmerizing piano melody with eerie drums playing in the background. With its haunting sound, this record will surely capture attention. On the contrary, “Death to My Hometown” is simply noise with its squeaking bagpipes and clapping choirs. The lyrics pour out too fast to be meaningful, and the instruments begin to jumble together.

When “Jack of All Trades,” “Shackled and Drawn” and “Easy Money” begin to play, they all sound the same with The Boss’ whining lyrics. Springsteen draws out his voice, screeching among the instruments.

Despite the previous songs, Wrecking Ball has one incredible song with “We Take Care of Our Own.” The song provides the riveting and electric feel Springsteen’s previous albums had until it gets to the chorus. The lyrics “We take care of our own” are continuously repeated, but this is only a minor disappointment in the song due to the instruments. The soothing guitar riffs bring back why fans fell in love with The Boss in the first place.

Like most of Springsteen’s previous albums, Wrecking Ball is inspired by a political crisis in the US. This time Springsteen decided to write about Occupy Wall Street.

According to a 2012 Slate article, Wrecking Ball is in protest of and aimed at the small percentage of people living an easy life on “Banker’s Hill.” Springsteen’s opinions are shown through the metaphors and undertones in all of his song, but the messages are hard to hear over his disappointing music.

Overall Wrecking Ball proves to be a letdown despite the few promising songs. Fans will become nostalgic for the days of Clemons’ saxophone solos because the only thing that this wrecking ball has damaged is The Boss’ career.