Rihanna presents a darker side in ‘Talk That Talk’ 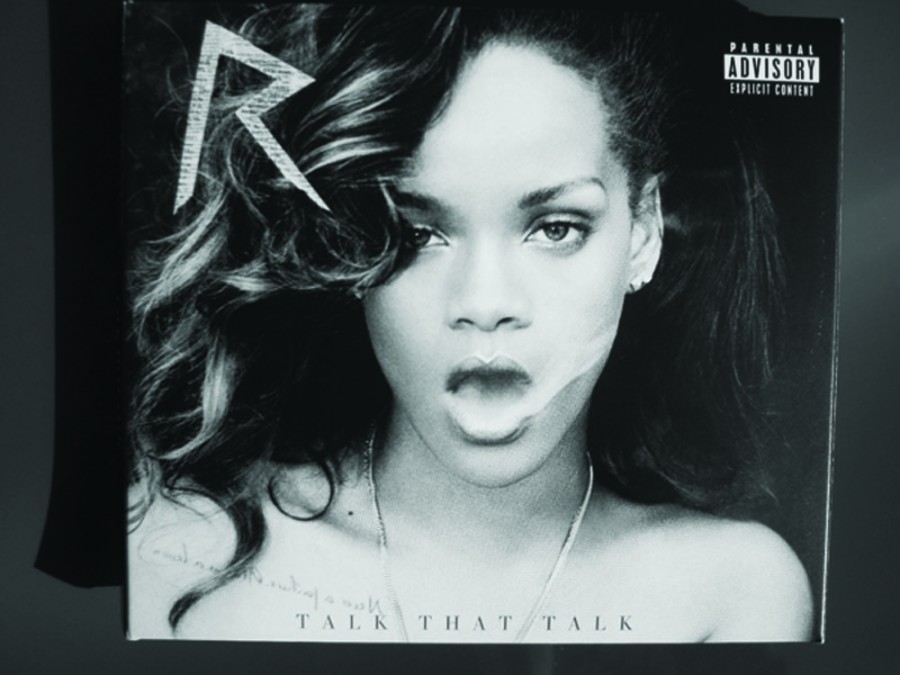 By By Lizz Chen, Circulation Manager

Musical artist Rihanna released her fifth studio album Talk That Talk Nov. 21, only a little over a year after releasing Loud. The new album demonstrates Rihanna’s versatility not only as a performer but also as a pop culture icon.

While Loud featured a predominantly lighter side to Rihanna, it did not completely override the sexual image she had established for herself in the preceding album Rated R, as evidenced by tracks such as “S&M” and “Skin.” That being said, Talk That Talk takes root in the sexual aspect of Loud, and expands upon it.

The most blatantly sexual songs of the 15-track deluxe edition of the album are “Cockiness (Love It),” “Birthday Cake,” “Watch n’ Learn” and “Red Lipstick.” Of these, only “Watch n’ Learn” has a light, playful beat. The other three are darker and slower, but nonetheless fun to listen and sing along to—depending on who is within earshot.

The album is also inspired by the latest dubstep/house music craze, which is evident in its emphasis on instrumental. The early release of “We Found Love” as a single showed just how well Rihanna’s voice accompanied hardcore dance beats. “You da One,” “Where Have You Been,” “Drunk On Love,” “Roc Me Out” and “Red Lipstick” have the stereotypical formula for club music: easy to dance to but lacking in lyrical substance.

Talk That Talkis not entirely composed of sex and dubstep-inspired beats, however, and includes ballads that attest to true love. “We All Want Love” and “Farewell” reveal Rihanna’s more sensitive side and miraculously manage not to clash with the other songs on the album.

The three bonus tracks “Red Lipstick,” “Do Ya Thing” and “Fool In Love” only add to the overall playfulness of the album. While “Red Lipstick” might be more of an acquired taste, it is extremely catchy. “Do Ya Thang” has a fun beat, but embodies a strange concept of being amused by a boyfriend who looks at other girls: “I know you like being ’round chicks and lookin’ at her hips in a little outfit. Hey, what can I say? That’s what I love about you, babe.” Finally, “Fool In Love” is a ballad that first has very subtle background music but later adopts a more complicated beat that complements it nicely.

The track that shares the album name, “Talk That Talk” features rapper Jay-Z, who played a significant role in helping Rihanna’s career get started. The song is very traditional of Rihanna’s style, mirroring certain elements of “Rude Boy” (Rated R, 2009).

As a whole, the album is an impressive extension of Rihanna’s career. Talk That Talk dabbles in the dance beats and catchy, repetitive lyrics that are popular right now. On the other hand, the album’s sexual motifs may come off as offensive to general audiences.

Rihanna is a pop culture icon in its truest sense: she can adapt to the constantly changing music scene and retain her status as one of its most popular artists. Although Talk That Talk marks the end of a period in Rihanna’s career (R.I.P. red hair), it also symbolizes the birth of another.