Athlete of the Month: February 2019 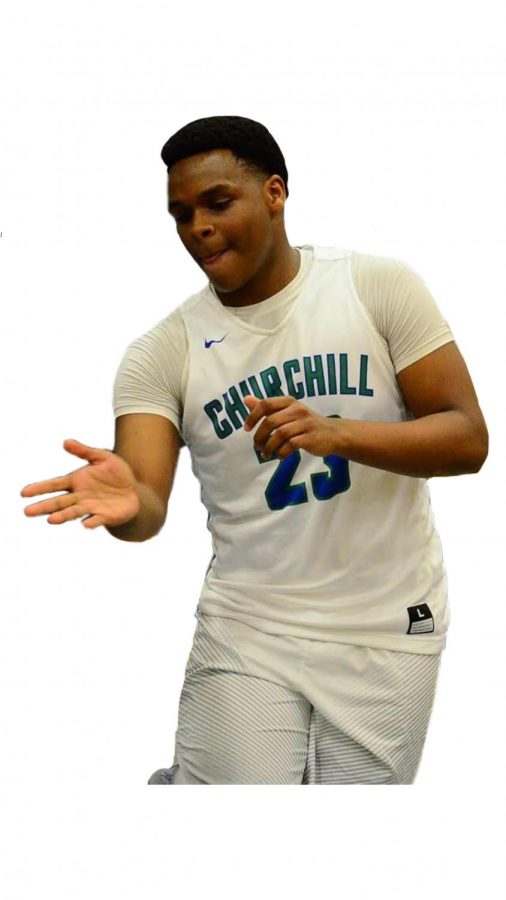 With an solid record and consistently improving players, this year’s varsity boys basketball team is starting to make some noise. This is due in part to senior John Mbeng.

Finishing up his final season with the Bulldogs, Mbeng’s path to success was unlike many star players. While Mbeng was not a four year varsity player, his averages this year have increased exponentially as he now leads the team in points per game.

“In previous years, I did not have confidence in my game and what I can do,” Mbeng said. “However, the trust that my coaches and my teammates have put in me has really given me the confidence I always needed.”

Mbeng’s improved confidence has led to him averaging 14.2 points per game in the first seven games this season. Included in this is a 25-point outing in the Governor’s Challenge, a winter break tournament in which Mbeng led the team to their bracket win and was named fourth team all tournament.

“Over the summer I set goals for myself and my team, and since then my team and I have been working all fall on our game and finding ways to improve,” Mbeng said. “It’s nothing more than hard work put in behind the scenes.”

Mbeng credits his rise to success to his brothers as they have helped him work on his game. Mbeng’s older brothers played sports at WCHS and his younger brother is a sophomore on the varsity basketball team at Good Counsel.

“My brothers all play sports and know how much work is needed to put in to play at the next level, so they always made sure on any given day we were doing something around basketball that made my game more consistent,” Mbeng said.

The offensive based game Mbeng says he has is based upon some very strong numbers. However, Mbeng is no liability on the defensive game as he had five steals in a game against Watkins Mill.

“On defense I can hold my own, but mainly strive best in jumping passing lanes and help defense,” Mbeng said. “Most of my game revolves around offense, being able to score from the outside and inside consistently and with a little flash.”

While Mbeng’s stats have shown that he has improved, his teammates have also taken notice.

“John has been playing very well lately,” senior David Orta said. “His ability to put the ball in the basket off the dribble really helps our team.”

Overall, while this accomplishment for John is nice, he is looking more toward the goals of his team.

“Being athlete of the month is cool, but I’m just trying to do what I can to help the team win,” Mbeng said.