MoCo, Governor work to stop epidemic of heroin use 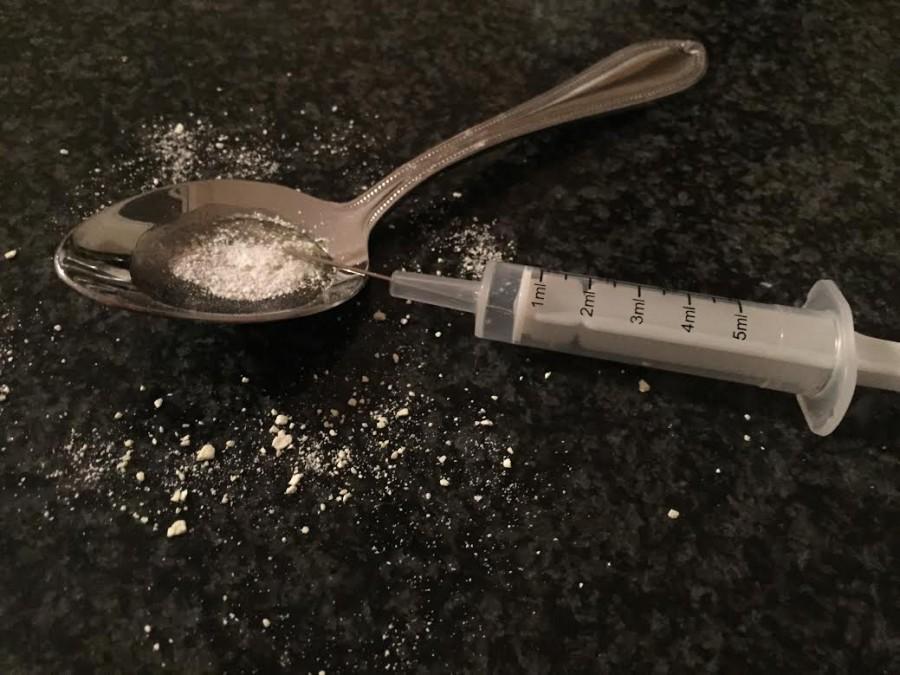 Heroin comes in the form of white powder but can be heated to a brown substance and injected into the user. The drug can also be sniffed or smoked.

By Katie Gauch and Sammi Silber

Marijuana, cocaine and Adderall. While these are some of the most prevalent drugs in the area today, one tends to go unnoticed: heroin.

In the past years, use of this narcotic has dramatically increased throughout Montgomery County, leading to a rise in heroin-related deaths throughout the state.

According to Maryland State Attorney John McCarthy, the number of heroin fatalities has increased among the general population by 120 percent.

Everyday, there are 14,000 heroin users in Montgomery County.  In 2014, 428 deaths resulted from heroin use.  Heroin is not only more easily available for illegal use, but is more affordable due to its reasonable price.

Because an authorized amount of opiate can treat pain, the recent spike in heroin use may be related to a rise in addiction to prescription opiates.

According to Assistant Chief of Police Russell Hamill, people become addicted to prescription opiates such as oxycontin; however, they turn to opiates like heroin when their doctors will no longer write them prescriptions for the drugs that feed their addiction.

The Maryland government is beginning to take measures due to the gravity of the heroin epidemic.

According to a November 2014 Gazette article, because the utilization of heroin has increased, newly-elected governor Larry Hogan plans to declare a state of emergency in order to combat the new epidemic.

Heroin has become incredibly abundant throughout the county as well, and no area of Montgomery County is unaffected by heroin use.  Along with its increasing availability, the decrease in rehabilitation facilities may also be the reason the numbers continue to rise instead of decreasing, according to McCarthy.

“Where you live will not protect you,” McCarthy said.  “I am not optimistic.  The death toll will not go down.”

According to McCarthy, heroin is prevalent in some schools in Montgomery County, and police are hoping school resource officers will reduce the number of drug-related cases in schools.

CHS is one of these public high schools with an SRO, whose responsibilities include protecting students and staff by keeping the school safe.

“As an SRO, I’m here to ensure a safe learning environment in the school,” said SRO A.C. Homrock.  “We also function in an educational and advisory role.”

Although SROs are active at CHS as well as other schools in the county, that does not promise that schools will remain drug-free.

“There’s no guarantee no drugs will come into the school,” Homrock said.

According to an Observer survey of 200 students from all grade levels, only two students admitted to using heroin.

The county is attempting to combat the use of heroin in many different ways.

Along with the use of spray, the Montgomery County Police Department is continuing its attempts to stop the rise of heroin use throughout the county.

MCPD is also working with the State’s Attorney office to put new legislature in effect that will hopefully lead to a decrease in heroin deaths and cases.

“I am sponsoring a bill attempting to prosecute heroin distributors for the deaths they caused,” McCarthy said.

Although Montgomery County Police are not expecting numbers to decline anytime soon, officers are hopeful.

“We are trying to educate people to get people who need help to help themselves,” Hamill said.