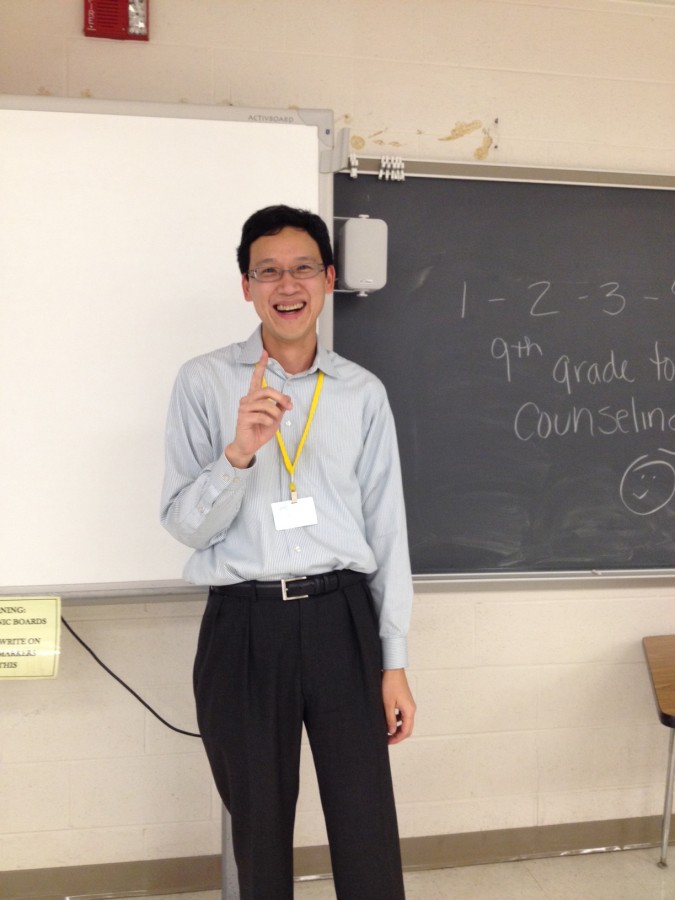 By Gil Jacobson and Sammi Silber

This award is given to a teacher who students believe exemplifies the model teacher.  Interested students were allowed to submit a nominating essay at the beginning of the school year.  The essays are then considered and finalists are then suggested from that group through a vote.  Finalists are later voted on and a winner is chosen.  Although the winner will not be officially announced until Dec. 11, Ho was confirmed to have won the award on Nov. 11, The Gazette told the Observer.

“I feel great,” Ho said.  “The time and effort has finally paid off.”

According to The Gazette’s website, freshman Kierra Luu nominated Ho for the award because she believes that Ho combines his lessons with humorous personal stories, which helps him create personal relationships with his students and encourage them.

Ho started working at CHS in 2012 after working at high schools in New Jersey and New York, as well as at Blake High School in Montgomery County.  He decided to become a teacher because he wanted to be a role model for Asian male students and men who aspire to become teachers.

“You don’t see a lot of Asian male teachers,” Ho said.  “I want to be a positive role model for students.”

According to Algebra teacher Matt Rafferty, Ho deserves the award because he is likeable and devoted while also teaching math in a fun, engaging way.

“The [students] have always loved him,” Rafferty said.  “He’s a great teacher and he’s dedicated.  He’s one of those teachers who is here early and leaves late.”

Students who have had Ho as a teacher believe that his teaching methods and qualities define him as a “good teacher” and as a deserving nominee for the award.

According to senior Francisco Noguera, who had Ho for Algebra 2 sophomore year, Ho is a good teacher because of his teaching techniques and attitude towards students.

“He’s not too strict and not too laid-back, and he knows what he’s doing,” Noguera said.  “He can understand and help you in math.”

Ho’s philosophy of teaching is that in order to become a better teacher, he must bond with his students.

“To be an effective teacher, you have to make sure your students like you,” Ho said.  “Building a relationship and trust is important.  I did my part as a teacher, and that’s not easy to do.”

Although Ho believes that the award reflects his teaching performance, he believes that there is a lot that he can approve on as a teacher, such as improving his use of English, since it is not his first language.

“I get a lot of criticism because English is my second language,” Ho said.  “I want to improve my ability to speak English.”

Overall, Ho is proud that he received the award and believes that it tells him that he is doing a good job teaching.

“The award shows me that I am on the right track as a teacher,” Ho said.