Homecoming floats to be built in familiar places 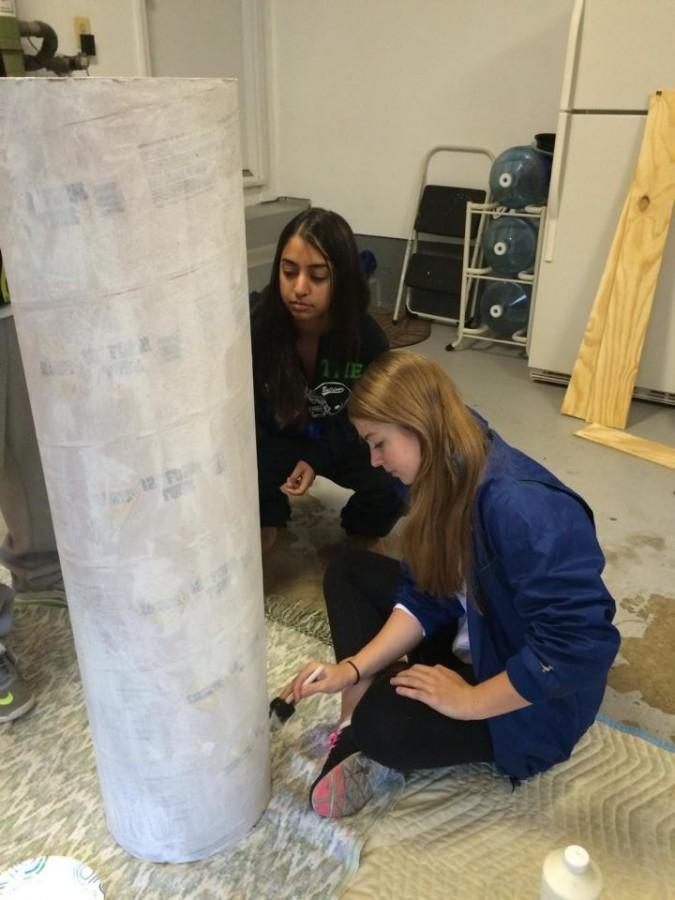 As homecoming approaches, executive board members of each grade are preparing to build homecoming floats; however this year, students will not spend long hours after school working, but, instead spend time working over several weekends.

“Unfortunately, we do not have the space to provide four grades the appropriate work space to create floats at school,” assistant principal John Taylor said. “Without the space or time, a return to floats being built at homes allows us to continue the tradition.”

“Building at someone’s house helps make it more fun,” Menkart said. “Even though we are building for something school related, doing it outside of school makes it seem more like you and a bunch of friends are just getting together to hang out and work on a cool project.”

Even though working outside of school has its benefits, it can be challenging to find specific times to build floats over the weekend because of students’ busy schedules.

“It is harder to establish meetings, especially senior year, because so many kids use the weekends to do college visits,” senior executive board member Maher Kanwal said. “When you are only given one weekend, it is hard for students to be able to help.”

According to the Class of 2016 co-president Eli Promisel, finding a certain time to build the floats can be challenging. However, students have been very flexible with their schedules to find time to work on the floats.

“The idea of opening up your property to dozens of teenagers for an entire week is no small favor,” social studies teacher and class of 2017 sponsor Kevin Doherty said. “I hope it works and builds more competition and unity among classes.”