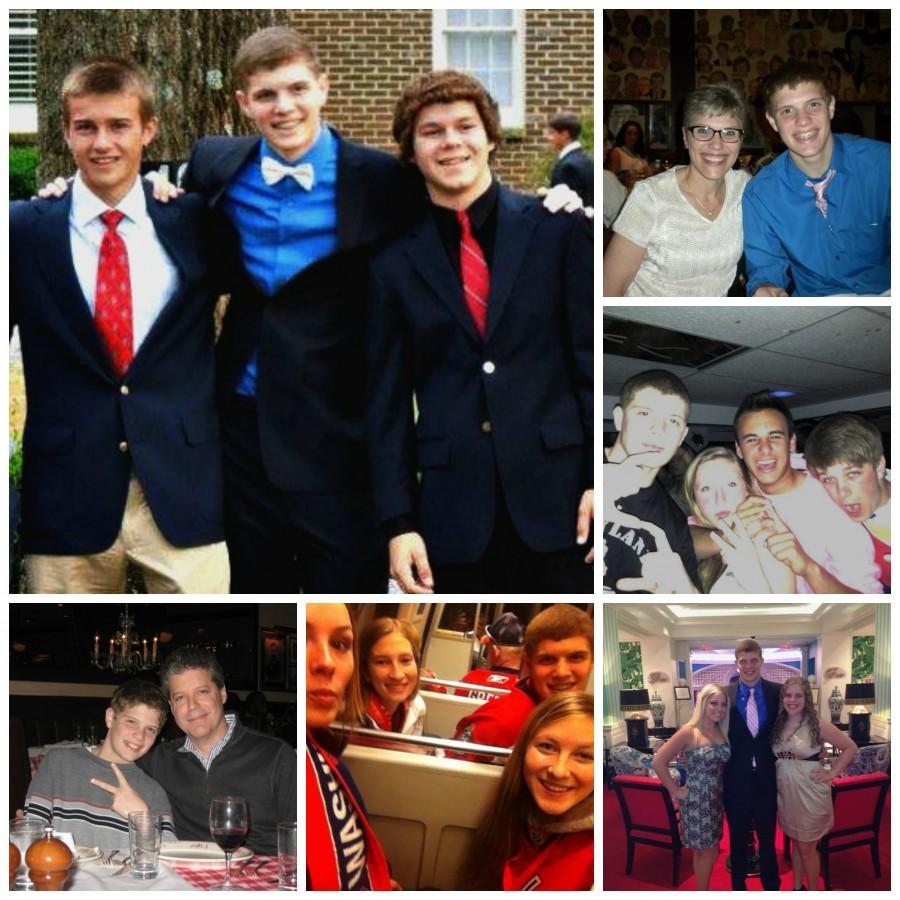 One year ago, then CHS sophomore Evan Rosenstock took his own life, leaving his family, friends and the community with broken hearts and unanswered questions. As the anniversary passes, the community remembers Evan for the happiness and joy he brought to all of us.

As a member of the varsity basketball team, Evan was deeply invested in the CHS community.

“What you knew of him and what your friends knew of him is what I knew of him,” Evan’s father Howard Rosenstock said. “Just a kind, gentle, giving young man. Evan had a remarkable collection of friends to lean on and share with. It always seemed that he reached out to help people.”

When news of Evan’s death spread through social media, many learned that the happy young man who was always there to help others could not seem to help himself.

“I truly believe that Evan had such greatness in him for such a short time,” Evan’s mother Susan Rosenstock said.” “In some ways I believe this was all planned so I can help other people. Evan helped other people, and I think this was the ultimate of helping other people.”

Evan suffered from depression and anxiety, and after undergoing back surgery in February 2013, he realized that he probably would not be able to play basketball anymore. This took a huge part of Evan’s daily life away from him.

“He kind of resented the fact that he needed surgery,” junior Elliot Thacker said. “He wanted to keep playing, but with the surgery he saw the end of his basketball career.”

Thacker, who was among Evan’s closest friends, had a particularly difficult time coping with Evan’s death.

“I was sitting there totally still, it was the feeling when your heart falls out of your chest,” Thacker said. “It was something I never expected in a million years. It felt like a gigantic hole in my heart. I got to school [the next day] and I stood where we used to sit and fell down.”

Since Evan’s death, the community has gathered to commemorate Evan and promote suicide prevention through the formation of UMTTR. UMTTR is an organization created by senior Erik Roberts with the support of the Rosenstock Family, and its mission is to ensure that each student knows that they matter.

“At our core, we really wanted to take this tragic event that affected us all on the Churchill basketball team and turn it in to an initiative that will have a positive impact on our community for years to come,” Roberts wrote in a UMTTR pamphlet. “We truly hope to bring some solace and closure to Evan’s family, friends, teachers and mentors.”

The organization hosted a basketball tournament and Fun-day in September, and has raised close to $27,000 for suicide prevention. On the 20th of the month, students wear their UMTTR shirts to support the organization and remember Evan.

“It is hard to believe that it has been almost a year,” Mr. Rosenstock said. “I think I have come to grips with it a bit. I guess I do not have a total complete breakdown every few hours as I used to. They come but not as frequently. I guess that is what progress is. Maybe you go a day, you think about him, remember good things that day, and nothing causes you terrible pain that day.”